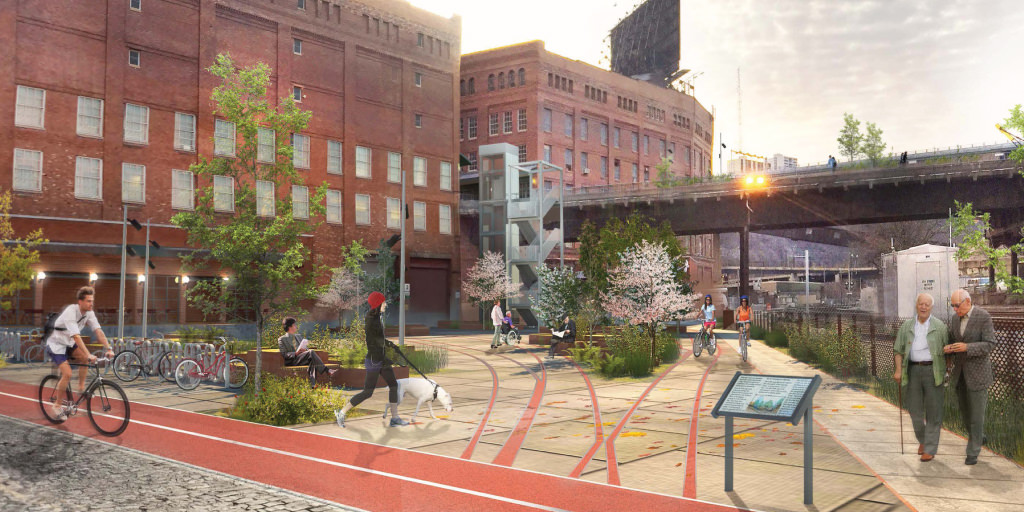 On April 19, 2018, Pennsylvania Governor Tom Wolf joined Representative Jake Wheatley, Senator Jay Costa, Allegheny County Executive Rich Fitzgerald, and other state and local leaders for the official groundbreaking ceremony of “The Highline,” a historic riverfront terminal building in Pittsburgh’s South Side that will be renovated into modern retail and office space.

“My administration is proud to celebrate our partnership in the development and revitalization of the terminal into the new Highline,” said Governor Wolf. “This transformational community development will remake a historic building and create a new retail and office complex in the heart of this neighborhood while creating a new icon in the city of Pittsburgh.” 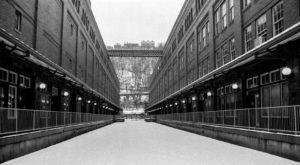 The facility—which was completed in 1906—was originally conceived as a central point of connection between road, river, and rail transport. It’s on the U.S. National Park Service‘s National Register of Historic Places.

The rehabilitated complex will be made available to a wide range of tenants, including new economy innovators, businesses, and artists seeking affordable creative space, and will include office and light industrial space, creating new public spaces and riverfront connectivity. 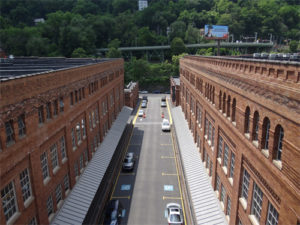 “We are extremely honored to bring these historic buildings into the next phase of Pittsburgh’s growing economy,” said McKnight Realty Partners CEO William Rudolph. “What was once considered the largest, most efficient cargo warehouse between New York City and Chicago, will now become one of Pittsburgh’s most desired business locations.”

The public space improvements along the river will include a public walkway and river overlook, a bicycle hub, and new connectivity from East Carson Street to the Monongahela River below. Additionally, outdoor public space will be created for use in a number of novel ways, such as by food trucks, a farmers’ market, and various public gatherings. 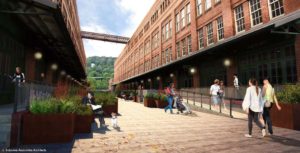 “I thank the governor for his support, which will not only allow us to continue to preserve such a historic structure but create and maintain quality jobs on what will be a critical gateway on the South Side riverfront,” said Representative Wheatley.

The project is supported by $15 million in New Markets Tax Credits through the Pennsylvania Housing Finance Agency.

“This is an exciting project for our community, and I’m happy to be here today,” said Senator Costa. “Creating and preserving green spaces is a worthy investment, and the addition of a bike trail will make this area enjoyable for local families for many years to come.”

This project is expected to generate at least 242 temporary construction jobs. Another 254 indirect jobs and 674 induced jobs will be supported through construction spending. It’s estimated that 717 new, full-time positions will be created at the Highline. These 717 new jobs are expected to pay an average wage of more than $20/hour. The project will also be retaining existing tenants that are estimated to employ 667 people directly and indirectly.

Formerly known as The Terminal Building and then the River Walk Corporate Centre, McKnight Realty Partners purchased this 868,000 square foot 6-story brick property in 2016 for $12.5 million. Designed in 1898 and completed in 1906, it was once considered the largest, most efficient cargo warehouse between New York City and Chicago. 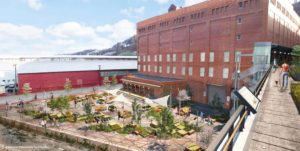 McKnight is currently in the midst of converting this massive historic terminal, dubbed “The Highline”, into a creative and chic office/retail complex. Aptly named after the High Line Park in New York City, “The Highline” will feature a 500-foot-long elevated green park-like space, complete with lighting and seating, that will extend to an overhang with gorgeous views of the Monongahela River and City of Pittsburgh.

The spacious complex will boast interior parking for 521 vehicles, bike storage, a public fitness center, and over an acre of green public space along the Three Rivers Heritage Trail to be used for events such as concerts and farmer’s markets. The cost of The Highline project, once complete, is estimated at $100+million.