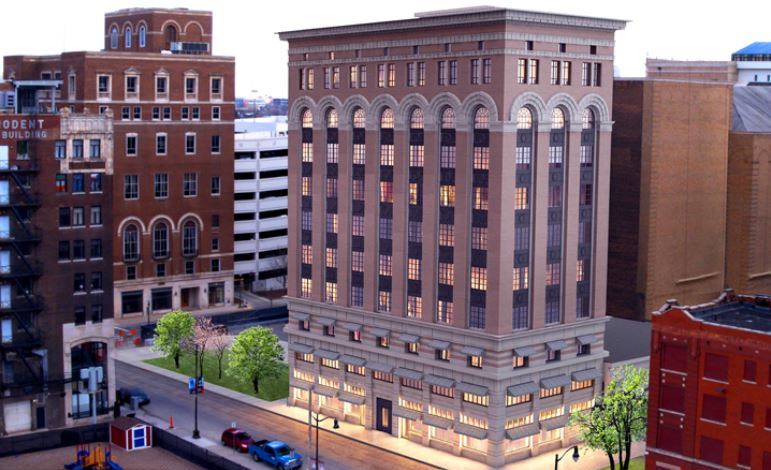 In Detroit, Michigan, The District Detroit is becoming a revitalized destination in the heart of the city. It’s a dense neighborhood experience with a variety of redevelopment projects alongside major sports and entertainment venues. 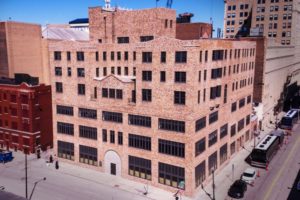 Connecting downtown Detroit to growing nearby neighborhoods such as Midtown, Corktown and Brush Park, The District Detroit is having a dramatic economic impact on Detroit and is a driving catalyst of the city’s remarkable resurgence.

“As a former employee of The District Detroit, it has been my great honor to see this great city on the comeback. As an Urban Studies adjunct professor at Wayne State University, I am happy that my revitalization predictions to my students back in 2011 are coming to fruition. As a longtime resident, I am grateful that Detroit survived the most catastrophic period in its history: bankruptcy,” says part-time REVITALIZATION reporter Robin West Smith, MA, MUP, PMP, who’s also an adjunct professor at Monroe County Community College. 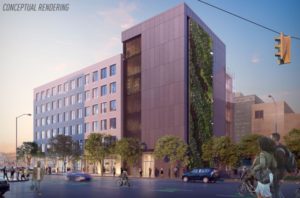 Now, on April 30, 2018, Olympia Development of Michigan announced six new projects in The District Detroit, including the restoration of three vacant historic buildings and the construction of three new infill mixed-use buildings near Little Caesars Arena. These projects will launch Phase Two of development in The District Detroit while creating hundreds of new jobs.

This investment of nearly $200 million should bring even more office tenants, storefronts and density to the area while connecting the city’s thriving Central Business District to nearby neighborhoods. These projects will deliver over 400,000 square feet of office space and nearly 70,000 square feet of street-level retail space to neighborhood. Each building will feature new street-level retail.

“This new investment puts the focus on the redevelopment of historic buildings while bringing high-demand retail and office space that will contribute to Detroit’s economy,” said Christopher Ilitch, President and CEO of Ilitch Holdings, Inc. 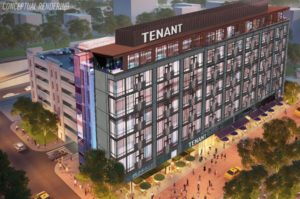 Development in The District Detroit has already created more than 20,000 construction and construction-related jobs and more than 3,000 permanent jobs after the opening of Little Caesars Arena, two-thirds of which were filled by Detroiters. These projects will continue to grow the city’s economy and create new opportunities for Detroit and for Michigan.

Olympia Development of Michigan will pursue the federal, state and local tax credits and other incentives that are often necessary to make them economically viable. Initial architectural and engineering work, as well as leasing efforts, are already underway.

The three historic projects are:

The new-construction infill project include: 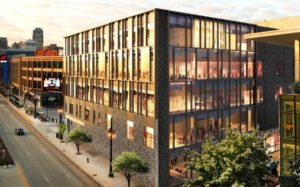 Another redevelopment being considered for Phase Two include the historic Blenheim Building at 2218 Park Ave.  It’s under early feasibility study for potential redevelopment into residential units over street-level retail space. Feasibility studies are also underway for additional hotel and entertainment developments, several of which will take the place of existing surface parking lots.