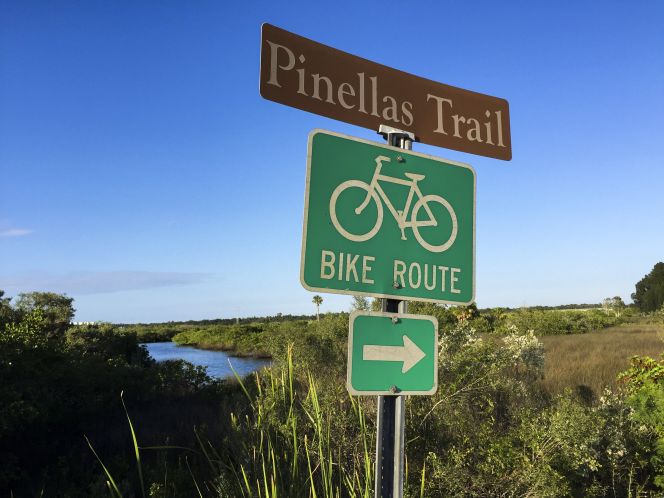 “It’s probably the single most important project the county ever built,” said Fred E. Marquis, who was the county administrator at the time and pushed for the Pinellas Trail. “It links communities together. It created a total resurgence of downtowns.”

The intersection of Park Avenue and Tyrone Boulevard in St. Petersburg — one of Pinellas County’s busiest — would ordinarily be a danger zone for pedestrians and cyclists. Instead, 20 feet above, cyclists zip along an overpass that’s part of the Fred E. Marquis Pinellas Trail. Pedestrians and joggers, some pushing baby strollers, move up the overpass’ ramps, safely out of reach of the county’s traffic.

This week, the county will celebrate the 25th anniversary of the trail that serves as a haven for about 75,000 cyclists, walkers and joggers each month. The 47-mile path takes users from the suburban enclaves of East Lake on the north end to St. Petersburg’s booming downtown waterfront to the south.

Credited with boosting the county’s economy, the trail connects disparate neighborhoods and has revived downtowns in Dunedin and Tarpon Springs. As one of the country’s early “rails to trails” projects, its popularity has inspired hundreds of similar projects across the nation.

This skinny strip of pavement has become so integral to the county’s everyday life that it’s easy to forget that it almost didn’t happen.

It took a tragedy for it to even be conceived.