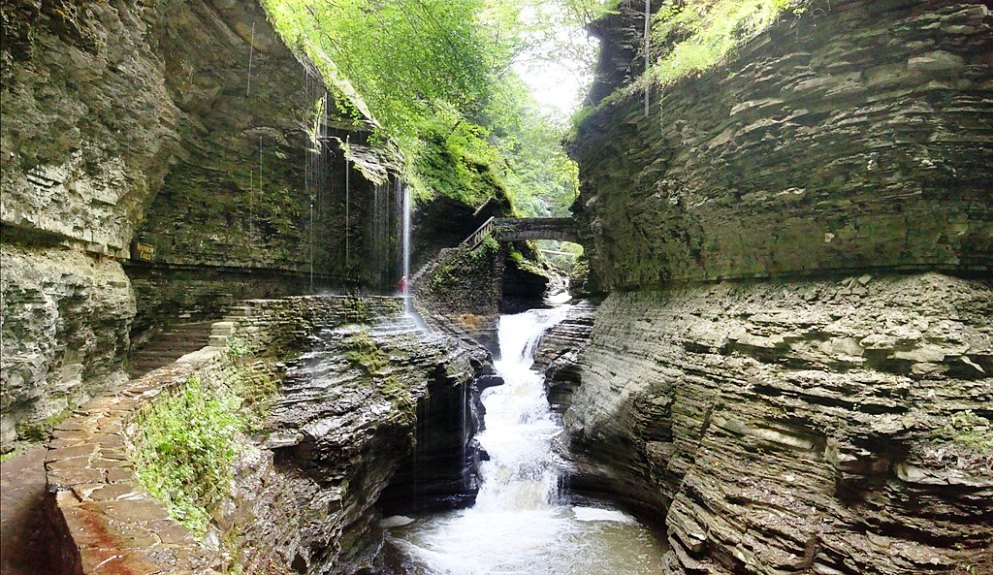 Watkins Glen is a village in Schuyler County, New York, part of the Finger Lakes region. The population was 1859, as of the 2010 census.

The village is home to well-known race track Watkins Glen International, host of NASCAR Cup Series, IndyCar and a former host of the United States Grand Prix of Formula One. Besides racing, the village is best known for nearby Watkins Glen State Park, which is south of Seneca Lake.

On June 18, 2018, New York Governor Andrew M. Cuomo announced an unprecedented $16.2 million investment to further enhance the village’s transformation into a world-class destination and cultural center. The investment furthers New York’s ongoing efforts to revitalize the upstate economy and create opportunities for the region known as the Southern Tier. 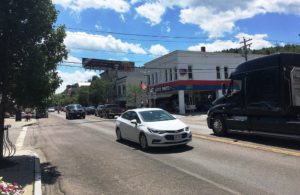 The projects announced include $9.7 million for 14 Downtown Revitalization Initiative projects throughout the village and the new $6.5 million main entrance to Watkins Glen State Park as part of Governor Cuomo’s NY Parks 2020 program. The improvements are a component of Southern Tier Soaring, the region’s blueprint for economic growth.

“Watkins Glen is a New York State treasure, featuring its beautiful state park, an internationally renowned race track and a vibrant downtown,” Governor Cuomo said. “These projects and investments will continue to revitalize this area, boosting the economy and helping the Southern Tier soar. I congratulate Watkins Glen and its residents, businesses and leaders for working together with the state to bring these ideas to life as we usher in a new era for this Upstate gem.”

The projects were announced at the ribbon-cutting for a new main entrance to Watkins Glen State Park. The $6.5 million project converted a decrepit parking lot at the base of the gorge into green space, creating new park amenities and enhanced interpretation of Watkin Glen’s unique natural and cultural history. The project relocated a parking area away from the gorge and across Franklin Street to improve vehicular traffic flow on village streets and pedestrian traffic flow in the park.

The old asphalt parking lot was transformed into a more natural landscaped park entrance, including:

The $9.7 million in specific projects to be funded through the initiative include:

Combined with the recent $7.2 million investment announced to improve State Route 14 from the Village of Watkins Glen to the Town of Reading, Governor Cuomo’s commitment to the Southern Tier community has reached more than $23 million so far this year.

New York Secretary of State Rossana Rosado said, “New York State continues to drive smart investment where it will make the most impact and improve the lives of New Yorkers. The Downtown Revitalization Initiative is helping communities across New York like Watkins Glen thrive and attract additional economic development. The Village should rightfully be proud and excited for these projects.”

Additionally, the governor has announced that the Village has become part of the Local Waterfront Revitalization Program to manage resources along the Seneca Canal system, securing this beautiful resource for generations to come.

Watkins Glen Mayor Sam Schimizzi added, “Thank you Governor Cuomo for investing in not only the Watkins Glen State Park, but by investing in our economic growth through our 10 million dollar DRI award. The new main entrance looks amazing and we very much look forward to the transformational projects that will soon begin in our downtown. It will be exciting to see the enhancements to our village and how the investments will strengthen our community.”

Photo of gorge at Watkins Glen State Park by Amerikaan314 via Wikipedia.