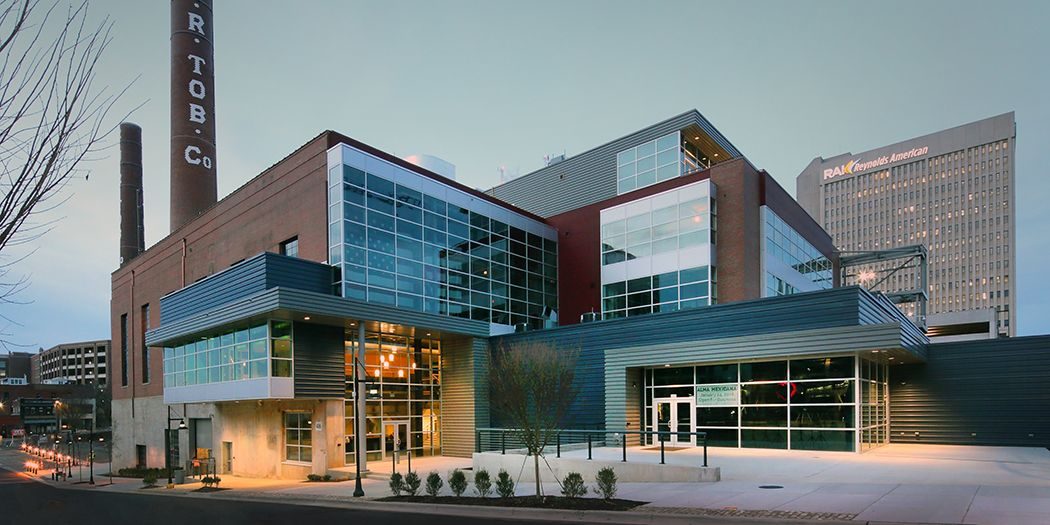 Some of the nation’s brightest minds are now being attracted to the “Piedmont Triad” of North Carolina, which comprises the cities of Greensboro, Winston-Salem, and High Point. It has become a great example of regional revitalization; what happens when cities look beyond their own jurisdiction to create a revitalization strategy.

Eastern North Carolina—particularly strong>Winston-Salem—pretty much owes its founding as an economy to the tobacco industry. Now, the area has earned national recognition for both its high-tech success and its low cost of living. A major driver of this success has been the high quality of life created by the repurposing and renovation of the area’s many historic industrial buildings. 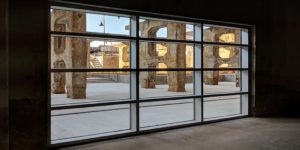 The R.J. Reynolds Tobacco Company (RJRT) was founded in Winston-Salem by R.J. Reynolds in 1875, and rapidly turned it into a boom town. By Reynolds’ death in 1918, the firm owned over 100 buildings throughout the city.

But economies and societies constantly evolve, so tobacco has now been largely replaced with biotechnology and other innovation-based enterprises. 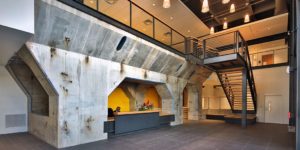 The Innovation Quarter has attracted a diverse mix of academic groups and both startups and established companies. It provides robust busines incubator facilities and services, making it a place where people are inspired to learn, work, live and play. This vibrant community now boasts over 70 companies, five leading academic institutions, more than 3200 workers and 7500 students and workforce trainees.

In February of 2018, the Bailey Power Plant re-opened as an 111,479-square-foot office, entertainment, retail, and restaurant space. The redeveloper, Wexford, has been one of the forces behind the revitalization of the Innovation Quarter, along with other academic and government groups.

Each week, nearly 4,000 employees and 1,500 students take advantage of the district’s 145 acres, which is home to companies focusing on biomedical research, information technology, and clinical services, as well as several academic institutions, all housed in a mix of historic and new infrastructure. 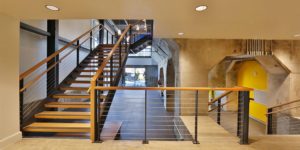 The Bailey Power Plant is in many ways now the heart of this vibrant district, combining work space with entertainment space to form a critical mass of research-oriented people and organizations. The contrast is dramatic, considering that the coal-fired power plant powered cigarette production. It’s thus a monument to two heritage industries that have no place in the future.

Their Redevelopment Project of the Year was the Bailey Power Plant. Its renovation was designed by Walter Robbs Callahan & Pierce Architects for their client Wexford Science + Technology.

With two additional floor plates and a rooftop expansion, the renovated building totals 111,500 SF of office, retail, and entertainment space – a more than 200% gain in leasable square footage. 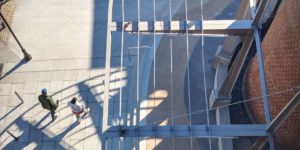 Located in the heart of Innovation Quarter, the newly renovated Bailey Power Plant is the district’s newest addition, and the final renovation within the historic district. Originally constructed in 1947 to provide steam and electricity to R.J. Reynolds Tobacco Company, the building has been gloriously reincarnated as a mixed-use workplace and entertainment hub…adding a new kind of energy for this revitalized neighborhood.