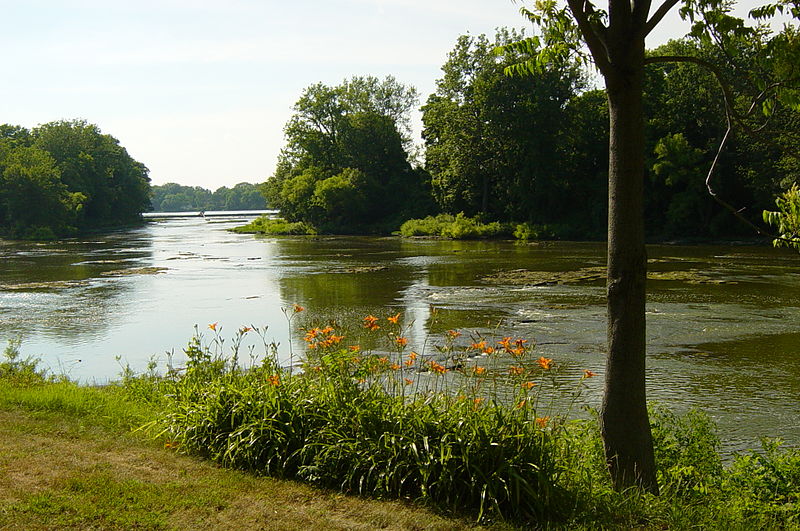 The Maumee River runs from northeastern Indiana into northwestern Ohio and Lake Erie. It forms at the confluence of the St. Joseph and St. Marys rivers near Fort Wayne, Indiana. It then meanders towards the northeast for 137 miles (220 km) through an agricultural region of glacial moraines before flowing into the Maumee Bay of Lake Erie.

Toledo, Ohio developed at the Maumee River’s mouth. The Maumee was designated an Ohio State Scenic River on July 18, 1974. The Maumee watershed is Ohio’s breadbasket; two-thirds farmland (mostly corn and soybeans). It is the largest watershed of any of the rivers feeding the Great Lakes, and supplies 5 percent of Lake Erie’s water. 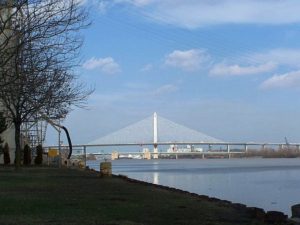 The Maumee River in Toledo, Ohio.Photo credit: Wpktsfs via Wikipedia.

The funding is part of the Great Lakes Restoration Initiative (GLRI). Both Senator Brown and Congresswoman Kaptur have led the charge in the Senate and House respectively to ensure that Great Lakes restoration efforts are fully funded (the Trump administration had at one point threatened to eliminate them completely, but bipartisan sanity prevailed).

“These federal resources will continue our work to clean up the Maumee River and Lake Erie,” said Brown. “The Great Lakes Restoration Initiative is critical in our fight to keep the Western Lake Erie Basin healthy and we must ensure this bipartisan program is funded by Congress.”

“Our work to preserve and protect the Great Lakes Restoration Initiative against attacks by the Trump Administration has been critical to the continued progress of healing Lake Erie,” said Kaptur, Co-Chair of the House Great Lakes Task Force. “Metroparks Toledo will be a good steward of these funds as part of their work to conserve public lands and waterways across the largest watershed in the Great Lakes region. Their expertise and dedication to move forward on restoring the Maumee are both welcome and needed.”

The funds will be used to restore 32 acres of wet prairie within the Maumee River Area of Concern. According to U.S. EPA, Metroparks Toledo will acquire property in the Irwin Wet Prairie Priority Conservation Area in the Oak Openings Region and will provide habitat restoration, site cleanup and invasive species removal.

The site will be under permanent care by Metroparks Toledo and managed to restore and preserve the thousands of species that rely on this habitat.