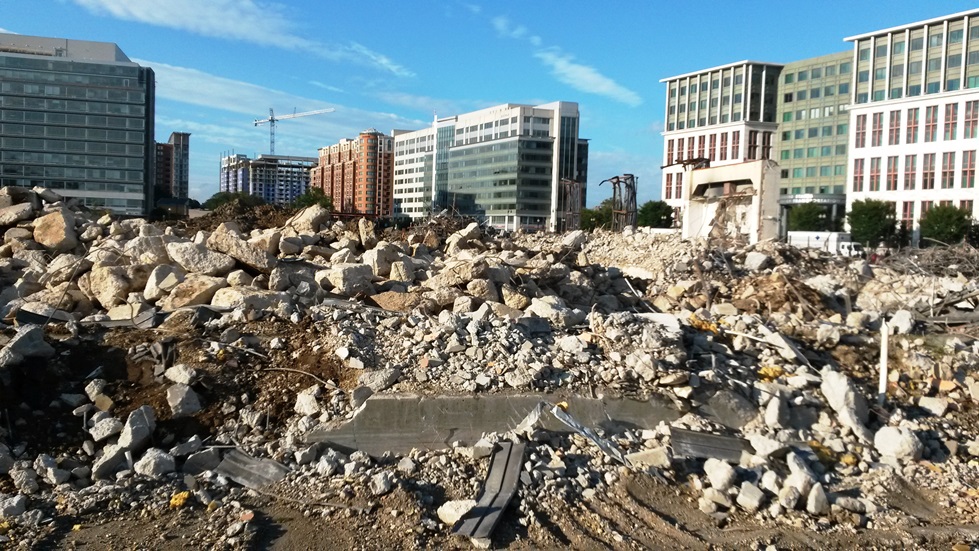 The District of Columbia is right across the Potomac River from Arlington, Virginia, where REVITALIZATION is based. As a result, I (Storm Cunningham) have seen the breakneck pace of revitalization that has revived many severely-distressed parts of Washington, DC over the past decade or so.

For the most part, each of these areas—such as the Southeast and Southwest waterfronts—were in desperate need of redevelopment, and this trend is to be celebrated. But gentrification is rampant.

As described in the Resilient Prosperity Guide—and in many previous articles here in REVITALIZATION—gentrification (defined as displacement of long-time, lower-income residents)—is a natural outcome of revitalization. After all, increased property values is a central goal of almost any revitalization initiative. Cities evolve, and change is often painful.

But when displacement is excessive—or excessively painful—that’s a failure of government. Excessive gentrification is revitalization done badly.

Too many cities feel (mistakenly) they have no bargaining power, and give private redevelopers far more control than is necessary appropriate. Elected officials are often so terrified of scaring away private investment that they forfeit their responsibility to protect the rights of lower-income residents. Some say that’s what’s been happening in the District, as evidenced by the lawsuit filed against the city.

That lawsuit is described in the following article by Carey L. Biron, originally published here by the Thomson Reuters Foundation (reprinted with permission):

Shanifinne Ball is unemployed and cares for her elderly uncle in a trendy, fast-changing part of the U.S. capital. Although she expects eventually to take over her uncle’s home, Ball is anxious she could be forced to move out of the area as rents continue to rise.

She is part of a lawsuit saying more than a decade of urban development planning aimed at turning Washington into a “world-class city” has been successful in attracting thousands of young, well-educated professionals to the detriment of minority communities, and particularly older people within those groups.

The lawsuit, filed last month, comes as the city grapples with some of the highest rents in the country and amid a national crisis in affordable housing.

Ball is particularly worried by a new 6,000-unit development going up just blocks from where she lives, part of a massive revitalization project that has transformed the Union Market neighbourhood she lives in.

She is “angered that they have replaced her community with another one she largely does not know because the buildings are self-sustaining and residents stay in them,” according to the lawsuit.

Ball also says the businesses that have come in to cater to the new population are different from those she uses — while some she used to rely on have closed.

Over the past three mayoral administrations, according to the lawsuit, the District of Columbia, as the U.S. capital is also known, has purposefully sought to attract young residents who are part of the “creative class.”

In so doing, the city has overlooked the impacts of these policies on the poorer, often African American neighbourhoods, even when courts have directed officials to take into account “adverse impacts” such as gentrification, according to the attorney bringing the lawsuit.

“I know a lot of cities have followed policies that directly seek to attract people of a certain age and people who make their livings a certain way,” attorney Aristotle Theresa told the Thomson Reuters Foundation.

“But to the extent that you alter land-use policy in a way that influences access to housing and public facilities and amenities, then that may be discrimination” based on source of income and age, said Theresa, whose practice, Stoop Law, is located in one of the city’s poorest communities.

He said the lawsuit is the result of three years of planning decisions during which he said he found a pattern of “questionable decisions“.

In addition to Ball, the lawsuit names two other individuals and the members of an African-American community-development programme, all of whom have testified about gentrification and related issues before city planning officials.

Their testimony was essentially ignored because of the broader economic development policy in place, Theresa says.

“None of the clients fit within the group of people that they wanted to attract to the city: None of them would qualify as ‘creative class’ members, and none of them are millennials,” Theresa said.

In two responses filed on Monday, the city rejected these charges and asked a judge to dismiss the case, in part because the complaint does “not plausibly allege that the District implemented its development policies with the intent to discriminate.”

The city also emphasized it “understands” the lawsuit’s “concerns about the changing natures of their communities and the challenges they and others face in securing the homes and neighborhoods they desire. Indeed, the District has invested great time and effort to address such concerns for all of its residents.”

Amid a general economic boom for the city of around 700,000 people, gentrification has exploded in Washington over the past decade, prompting some of the fastest-rising rents and worst rates of homelessness anywhere in the country.

Some 100,000 new residents have moved to Washington over the past decade and a half, and a roughly even number of jobs have been created, said Claire Zippel, an analyst with the DC Fiscal Policy Institute, a think tank.

But during that time, around half of the city’s low-cost rental units also disappeared — a loss not equally spread throughout Washington.

“Some neighbourhoods are essentially unrecognizable to those who live there, as centres of cultural and economic life in communities of colour have basically been completely transformed as white younger urban professionals have moved in,” Zippel said.

While city officials are increasingly recognizing the downsides of recent economic development strategies, Zippel said, the housing needs of poor people are not being given enough attention.

The effects of these changes, experts said, has altered the racial composition of some neighbourhoods drastically.

The neighbourhood of Columbia Heights, for instance, saw its white population increase by 330 percent between 2000 and 2010, said urban planning scholar Kathryn Howell, an assistant professor at Virginia Commonwealth University. “Certainly that’s in part because the white population had been so low, but the reality is a huge shift visually: not only of the built environment being blown apart but also in terms of who’s there,” said Howell.

Her work has shown a resulting shift in power and norms of behaviour in such situations, too, as a new population is suddenly living in dense urban areas. “There are lot of kinds of displacement, including social and cultural, which means the things that you think are safe and normal are perceived by new and white residents as unsafe,” she said.

Howell welcomed the lawsuit as a critique of a type of urban planning that has taken hold in many developed countries, one she said is characterized by “desperation” for development and a lack of clarity on who exactly the planning is for.

Photo (by Storm Cunningham) shows 2014 demolition along DC’s southeast waterfront on the Anacostia River. This was, for the most part, redevelopment of an old U.S. Navy base, and so involved minimal displacement of long-term residents.