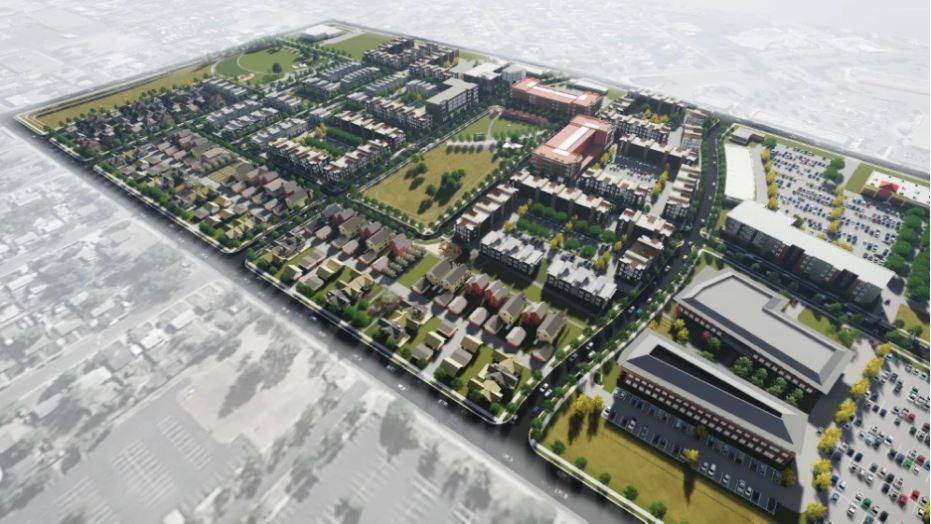 Built in 1946, the Mile High Greyhound Park in Commerce City, Colorado opened its doors for the inaugural dog race on July 27, 1949.

For more than 60 years, it was a vibrant entertainment destination, drawing thousands of people from across Colorado. At its peak, the property included three restaurants and two bars. 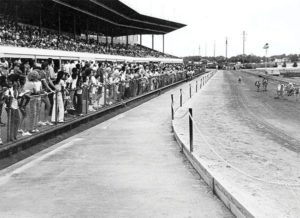 An economic engine for the city, the park employed hundreds of residents and sales tax revenues were reinvested in community projects.

When greyhound racing ended in 2008, both visitors and economic activity in the historic heart of Commerce City slowed.

The Commerce City Urban Renewal Authority (CCURA) purchased the property for $3.3 million on August 2, 2011 and demolished the structures in 2013.

Back in June of 2018, the city council of Commerce City approved plans and financing for the mixed-use redevelopment at the old race track. The multi-million dollar, 62-acre project will break ground in 2019. They envision a vibrant area combining residential, retail/commercial, civic and educational spaces that will help revitalize this historic part of the city.

Before the URA bought the plot, local leaders had been talking about repurposing it as an industrial park. But local residents wanted to revitalize the area and reconnect it to the community with new public space, so the city purchased it.

“It’s such a nostalgic place,” said Julia Virnstein, Public Information Officer of Commerce City. “You can’t really talk to anyone whose lived here for more than 10 years without hearing a story about this place.”

The CCURA has invested more than $6 million in the property to date, including the abatement and demolition of 157,947 square feet of structures. Located in a Colorado Enterprise Zone and Urban Renewal Area, with access to several interstates and highways, the site is a blank canvas to turn the vision into a reality that benefits the city and region for years to come.

The community-supported vision for the site is a diverse redevelopment that, at full build-out, could create 1454 permanent employees and generate $65.4 million in income annually.

See the full urban renewal plan for the dog track.