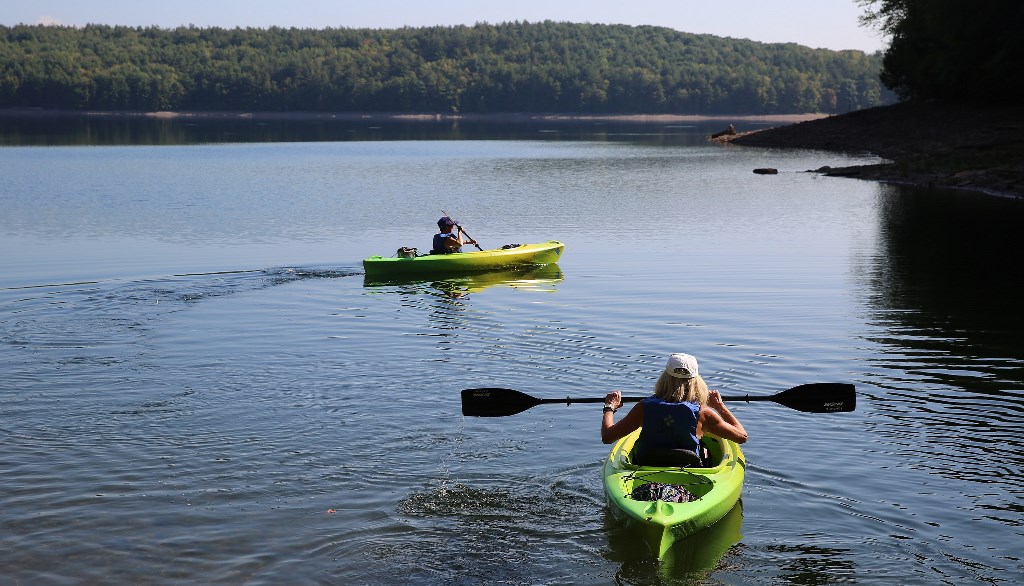 Jamaica Bay is a 31-square-mile water body with a broader watershed of approximately 142 square miles, including portions of Brooklyn, Queens, and Nassau County, New York. It is a diverse ecological resource that supports multiple habitats, including open water, salt marshes, grasslands, coastal woodlands, maritime shrublands, and brackish and freshwater wetlands.

These habitats support 91 fish species, 325 species of birds, and many reptile, amphibian, and small mammal species. In fact, Jamaica Bay is a protected United States Wildlife Refuge and is part of the larger Gateway National Recreation Area. 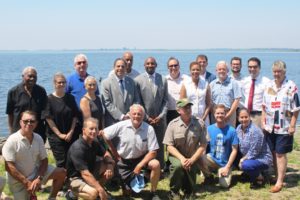 “A hallmark of the ecological revival of Jamaica Bay has been the productive partnerships formed between community groups, environmental advocates, educational institutions and city, state and federal agencies&emdash;and today we join together once again to announce a $400 million plan to further improve the health of the Bay,” said Sapienza. “We all recognize the Bay as an ecological jewel within the five boroughs, and we will build on these partnerships as we construct wetlands, install ribbed mussels and build green infrastructure in the Bay’s watershed in the coming years.”

The plan includes an array of water body improvement projects including 50 acres of wetland restoration, seven acres of ribbed mussel installations, and environmental dredging, all of which will result in a healthier Jamaica Bay. The projects will also deliver economic, social and ancillary environmental benefits, including healthier air and lower summer temperatures due to the addition of a significant number of new trees and plants. The plan is being submitted to the New York State Department of Environmental Conservation today and if approved, planning and design could begin as soon as 2019.

“Our wetlands are vital to the health of our ecosystem and the resiliency of our city against the impact of climate change. The Jamaica Bay Improvement Plan is a comprehensive set of projects that would strengthen the watershed and improve the capacity of coastal communities in Brooklyn and Queens to handle damaging sewer overflows,” said Brooklyn Borough President Eric L. Adams. 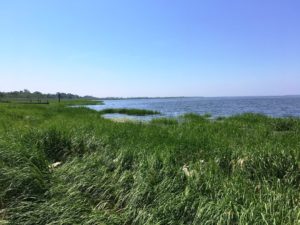 “The health and resiliency of Jamaica Bay isn’t only an environmental consideration, it is also vital for the economic success of southeast Queens,” said Congressman Gregory W. Meeks.

”The $400 million will provide the resources for extensive wetland restoration, dredging and ribbed mussel installation. I commend DEP for diligently working with the community and elected officials to identify what projects are critical for Jamaica Bay, and investing accordingly,” he added.

“Jamaica Bay’s location and abundance of food resources makes it an important home for fish, wildlife and plants&emdash;all things we need to care for and protect,” said State Senator James Sanders Jr. (D-Queens). “I fully support DEP for making this important financial investment to improve the ecological health of Jamaica Bay.”

“We cannot overstate how a worthwhile investment in Jamaica Bay is to the returns we get as a city,” said State Senator Roxanne Persaud. “Restoring wetlands doesn’t just help our residents during major storms, they protect us from coastal erosion, and make our waterways cleaner for the plants and animals in their habitat. I look forward to seeing results from this exciting DEP project.”

“While we work to reduce our carbon footprint, we must also do everything in our power to preserve and revitalize our wetlands that were under siege during the industrialization of our city,” said Council Member Donovan Richards. 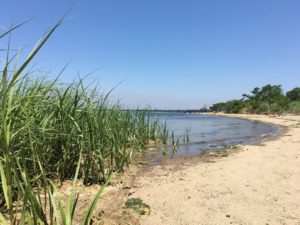 DEP has already invested more than $1.5 billion to improve the health of Jamaica Bay.

This includes large underground tanks at Paerdegat Basin and Spring Creek to store any sewer overflow during rainstorms, the restoration of 137 acres of wetlands and 442 acres of maritime forests/grasslands through strategic partnerships and significant upgrades to the wastewater treatment plants that drain to the Bay, including reducing nitrogen levels.

An ongoing effort is a massive, $1.9 billion project to build a storm sewer system in southeast Queens as well as Green Infrastructure at schools and public housing as well as parks, playgrounds and curbsides. All of this work has already resulted in significant improvements to the water quality in Jamaica Bay.

Alex Zablocki, Executive Director, Jamaica Bay-Rockaway Parks Conservancy said, “The announcement of a $400 million investment plan to improve the health of the Bay is welcome news and will lead to healthier communities across Brooklyn and Queens. Jamaica Bay is host to over 300 species of birds and diverse marine life dependent upon wetlands, marsh islands and upland forest. Green infrastructure projects will help stabilize and restore these precious resources supported by the Jamaica Bay-Rockaway Parks Conservancy and our government and non-profit partners. While city, state and federal agencies, along with groups such as the America Littoral Society and Jamaica Bay Ecowatchers have worked tirelessly to restore parts of the Bay over the past years, the plan announced today will further enhance and support its resilience.”

However, over the last 150-years New York City has lost approximately 85 percent of its historical wetland coverage, a significant amount of this within the Jamaica Bay watershed. These important natural areas serve as a protective transitional area between a body of water and dry land. Wetlands are extremely valuable as they help to absorb storm surge, filter impurities from the water, increase dissolved oxygen levels, reduce coastal erosion, capture greenhouse gases and serve as a productive ecological habitat and nursery for juvenile fish. Wetlands are among the most productive natural areas on earth and are particularly important in urban waters. 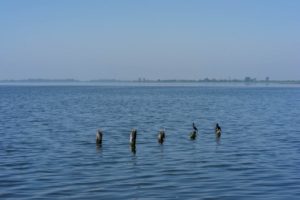 “DEP has been a great partner in the effort to improve water quality and enhance wildlife habitat in Jamaica Bay,” said Don Riepe, Director, NE Chapter, American Littoral Society. “Over the past several years they have supported the Littoral Society’s Restoration Corp, a green jobs youth program working on saltmarsh restoration and shoreline cleanup of marine debris in Jamaica Bay. We fully support their Long Term Control Plan to increase funding for green infrastructure and living shorelines”.

In order to continue restoring these essential functions to Jamaica Bay, DEP is proposing significant investments in the restoration of wetlands and salt marshes. Ribbed mussels have also proven to be particularly effective at filtering impurities from the water and the plan calls for substantial installations in several of the Jamaica Bay tributaries. In addition, DEP will continue to expand the successful Green Infrastructure program to the communities surrounding the Bay.

The Plan calls for: 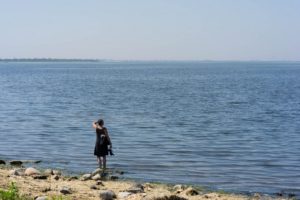 “The numerous nature based features incorporated in this plan, including wetlands and ribbed mussels, recognize the critical role these habitats play in naturally cleaning and filtering the waters of the bay. In addition, they host numerous species of fish, reptiles and birds and ultimately have a tremendous positive combined ecological effect on the entire bay. After years of advocating for the bay, it is very encouraging to see the numerous environmental projects “turning the tide” on the health of the bay and producing water quality and restored habitat that guarantees a thriving Jamaica Bay for future generations,” he concluded.

DEP manages New York City’s water supply, providing more than 1 billion gallons of water each day to more than 9.6 million residents, including 8.6 million in New York City. The water is delivered from a watershed that extends more than 125 miles from the city, comprising 19 reservoirs and three controlled lakes.

Approximately 7,000 miles of water mains, tunnels and aqueducts bring water to homes and businesses throughout the five boroughs, and 7,500 miles of sewer lines and 96 pump stations take wastewater to 14 in-city treatment plants. DEP has nearly 6,000 employees, including almost 1,000 in the upstate watershed. In addition, DEP has a robust capital program, with a planned $19.4 billion in investments over the next 10 years that will create up to 3,000 construction-related jobs per year.

All photos courtesy of NYC DEP.