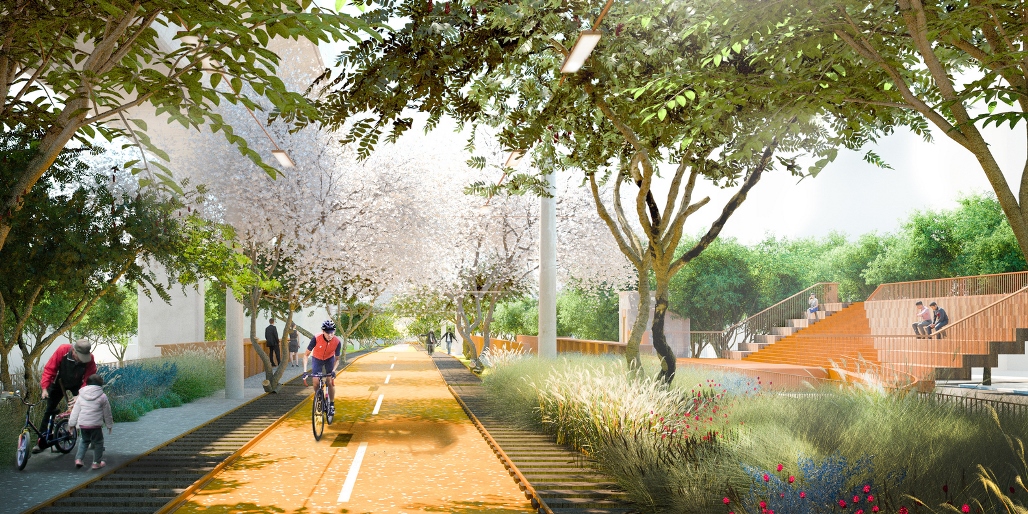 At one time, 1.7 kilometer railway crossing downtown Taichung City, Taiwan was an important catalyst for the economic development of the old city. That was long ago, and the old infrastructure hasn’t recently been considered an asset of any kind. Just the opposite, in fact. 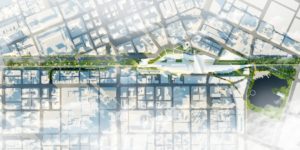 But that’s about to change, as the corridor is about to be repurposed and renewed as a High line Park-style linear public greenspace to reconnect and revitalize the downtown area. In other words, it’s a great example of the 3Re Strategy (repurpose, renew, reconnect) in action.

The railway’s historical value plays an important role in the revitalisation of the urban realm on which it sits. In the past, the rail line was a means of connecting places. But the disused railway has long acted more as a divider of places. Its challenging location on top of a dyke impedes the circulation of both people and vehicles from one side of the tracks to the other. 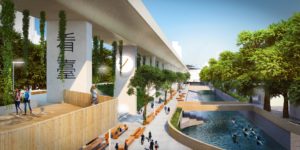 The current proposal—designed by Dutch architects Mecanoo—will reuse the rail line to reconnect the various parts of the city. It does so in a sustainable way by creating a green corridor for biodiversity that also includes bike/pedestrian lanes for humans. 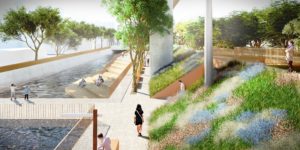 To maintain the area’s strong historical character, and set a coherent, recognisable theme for the project, the new circulation system layout relies on the junction railway track pattern.

Based on the visual language of the railway infrastructure, the routes branch out to integrate the existent and future planned functions.

The green corridor is meant to be continuous public park in the centre of the city, which will:

The green corridor will become a destination and invite users to explore and enjoy the green qualities of the park. Based on different properties of the dyke, program such as herb garden, street fitness, tribune, playground, viewpoint and water park create an ideal place for leisure and recreation activities.

All the proposed program are designed to intensify the use of the area for the local and wider Taichung community while promoting a more coherent city infrastructure.

All images courtesy of Mecanoo.