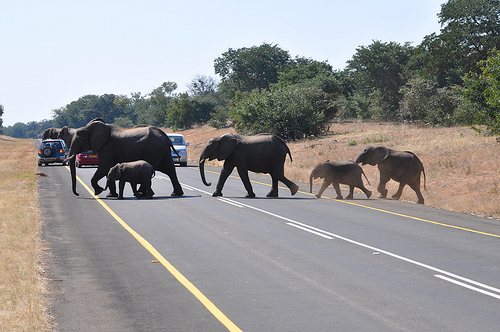 On October 10, 2016, five southern African countries – Botswana, Lesotho, Namibia, South Africa, and Swaziland – and the European Union (EU) began a new chapter in their bilateral relations with the entry into effect of their Economic Partnership Agreement (EPA).

The agreement initially applies only to trade between the EU and the five countries, but Mozambique is in the process of ratifying the agreement and will join in as soon as the ratification procedure is completed.

Commissioner for Trade Cecilia Malmström said: “When I visited Botswana in June for the signing ceremony, I saw first-hand how important it is to build a stable trade partnership between Europe and Africa. Today we’re taking a crucial step towards making that a reality. The agreement that we’re putting in place will support sustainable economic growth and regional integration in southern Africa and is designed to help lift people out of poverty in the years to come. Africa is the emerging continent and the Economic Partnership Agreements have been designed to maximise this dynamism.”

She continued: “Above all, I am pleased that this agreement is in line with the Trade for All strategy that I published last year. Trade cannot be seen in isolation from questions of democracy, the rule of law, or sustainable development. And the SADC EPA is based firmly on these basic principles. We now need to make sure that we implement this agreement diligently, so that it works in practice as well as on paper. I will do so in close cooperation with business associations, trade unions, consumer groups, environmental and other NGOs, and other civil society organisations. Only in this way will we get the best out of the agreement and make it work as intended.”

Commissioner for International Cooperation and Development, Neven Mimica, added: “Jobs and sustainable economic growth, that is what the EPA can help deliver. Private sector development and trade are significant drivers to lift people out of poverty and implement the new global agenda of Sustainable Development Goals. The EPA can contribute to regional economic integration, an enabling business environment and improved competitiveness of the region.”

The EPA takes into account the different levels of development of the partners. It gives Botswana, Lesotho, Mozambique, Namibia, and Swaziland duty-free, quota-free access to the European market. South Africa will also benefit from enhanced market access, going beyond its existing bilateral arrangement with the EU.

The southern African markets will open only partially to EU exports, gradually over time, providing their industries with the intermediary goods they need to support growth. It also provides for a number of protective measures in these countries, for instance for nascent, fragile industries or for food security reasons. Furthermore, the agreement increases the flexibility of southern African producers to put together products with components from various other countries, without the risk of losing their free access to the EU market.

The SADC EPA Group consists of six out of 15 members of the Southern African Development Community (Botswana, Lesotho, Mozambique, Namibia, Swaziland and South Africa). Angola has observer status and may join the agreement in the future.

The EU is the largest trading partner of the SADC EPA group. In 2015, the EU imported goods worth almost €32 billion from the region, mostly minerals and metals. The EU exported goods of nearly the same value, consisting mostly of engineering, automotive and chemical products. Total trade between the EU and the SADC EPA Group (including Angola) amounts to €63 billion.

In signing the agreement, participants commit to act towards sustainable development, including upholding social and environmental standards. Civil society will have a special role in monitoring the impact of the agreement. The Agreement is also of a new species in that it is the first trade deal that directly supports the economic integration of a specific region, favouring closer links within the six Southern African nations involved.

The EPA creates joint institutions to support dialogue, smooth handling of all trade issues, and monitoring of the impact of the trade deal. The EU will work with its SADC partners to ensure smooth implementation of the agreement, together with regional and national development cooperation bodies.