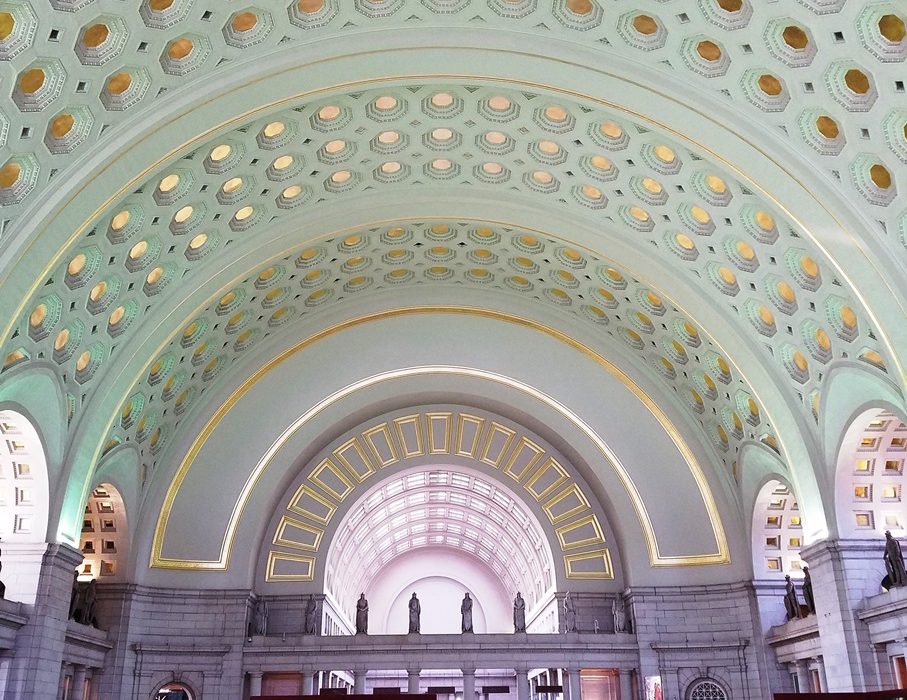 At an event on October 13, 2016 at Union Station in Washington, DC, Ashkenazy Acquisition Corporation, the National Trust for Historic Preservation (NTHP), and the Union Station Redevelopment Corporation (USRC), hosted a private reception for special guests and invited media to celebrate the station’s Main Hall and its restored splendor. Guests heard from a roster of VIPs about the recently completed work and the history and significance of Union Station as a gateway to our nation’s capital.

“Washington’s Union Station holds a special place in our nation’s history and in the hearts of so many who pass through this Beaux-Arts icon,” said Barry Lustig, Ashkenazy Acquisition Corporation executive vice president. “We salute and celebrate the brilliance and hard work of the team of stakeholders, architects, engineers, historians and mastercraftspeople who collaborated to realize this outstanding restoration. I, along with all the team members and stakeholders, realize Union Station’s success when we witness time and time again the amazement and wonderment in visitors’ eyes as they gaze upon Main Hall’s magnificent open expanse of marble and granite and glorious coffered ceiling.”

“We are proud to have been part of the team involved in returning the Main Hall to its grandeur and commend our partners on their stewardship of this true National Treasure,” said Stephanie Meeks, president and CEO of the National Trust for Historic Preservation. “Continued dedication to holistic, preservation-based planning for Union Station’s future will ensure it continues to thrive as a transportation hub, outstanding civic amenity, and grand gateway to the nation’s capital.”

“This celebration marks a milestone in the station’s history that we hope will make future generations proud. The Main Hall restoration is an effort we have been working to achieve for the past four years,” said USRC president and CEO, Beverley Swaim-Staley. “Painstaking research and attention to detail were essential to ensure this restoration was historically accurate. I hope the result is something the original station architect, Daniel Burnham would approve of.”

The multi-year rehabilitation effort has re-created a breathtaking space that is unlike any other interior in the nation’s capital. For the first time since the 1940s, the room is unobstructed, allowing the public to flow freely through what was the largest room ever built when it opened in 1907. The dramatic 92-foot coffered ceiling has also been fully restored, including the installation of an elaborate system of steel framing to provide a completely new and seismically sound support structure for the historic plaster ceiling. The entire ceiling bay was repainted and 120,000 sheets of new 23-karat-gold leafing applied, thanks in part to the National Trust for Historic Preservation and a grant from American Express.

This is the second well-designed, successful public-private partnership that has restored Union Station.

The first restoration was documented in my 2008 book, Rewealth (McGraw-Hill). Here’s a recap: In 1981, Union Station was in ruins. The city wanted to demolish it, but lacked the funds to do so (the District was effectively broke at the time). 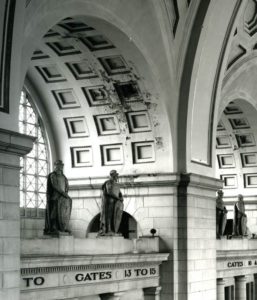 The decrepit condition of the station contributed to the deterioration of the surrounding neighborhood. Being just a few blocks from the Capitol, it was a national disgrace viewed by hundreds of thousands of tourists annually.

Then, a brilliant public-private partnership with real estate developer/manager Jones Lang LaSalle resulted in a $160 million restoration that took place between 1985 and 1988. Total cost to taxpayers? $0.

By the late 90s, Jones Lang LaSalle had been profiting nicely from their investment, with the station’s retail and restaurant operations bringing in some $70 million annually. That’s how a public-private partnership is supposed to work: the private partner takes a risk that the public partner can’t (or shouldn’t) take, and earns a just reward for taking that risk.

The District didn’t just benefit from the revitalized station itself: the entire neighborhood was regenerated by the restoration, without a single vacant or run-down building to be found today.

This latest restoration was triggered by damage from a rare, Virginia-based earthquake on August 23, 2011.

See October 12, 2016 announcement by the National Trust for Historic Preservation.