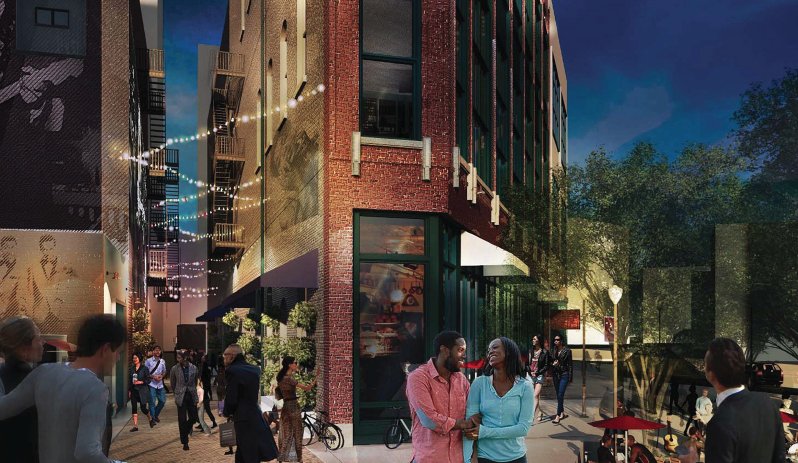 A planned redevelopment project will celebrate an area that had once been a hub of black music and culture in Detroit, Michigan.

More than $50 million is expected to be invested over the next three years in the Paradise Valley Cultural & Entertainment District.

Once known as Harmonie Park, the district on the east side of downtown was renamed by the city several years ago to evoke the lost Paradise Valley area wiped out by urban renewal a half-century ago. Its future has been debated for years as many want to ensure that Detroit’s renaissance includes a strong dose of African-American culture.

Paradise Valley’s night clubs hosted jazz legends, and the district’s many black-owned businesses were the center of commerce for the African-American community until many of the shops and homes were demolished by urban planners, starting in the 1950s, in the name of economic development.

The city pushed ahead in recent years with plans to redevelop the area along the eastern edge of downtown.

“The key developers behind this project are longtime Detroiters,” Mayor Mike Duggan said during Wednesday’s announcement. “They know what this district was and they know what it can be. They’re committed to working with existing tenants and building a Paradise Valley that not only honors the heritage of our city, but ushers in our future.”

Five Detroit-based firms will update existing buildings in the area, creating dozens of jobs for city residents. The projects include a boutique hotel, a restaurant, jazz club, offices and luxury apartments.

“Our focus is to build a recovery in Detroit that includes everybody,” Duggan said. “A huge part of Detroit’s heritage is Paradise Valley. I think there is a sense of loss in the community with what happened … And so we saw an opportunity in a nearby neighborhood where could we honor and revive that heritage with a single development.”

The Paradise Valley project, which has been nearly a decade in the making, includes redevelopment of five existing buildings and four surface lots, officials said.