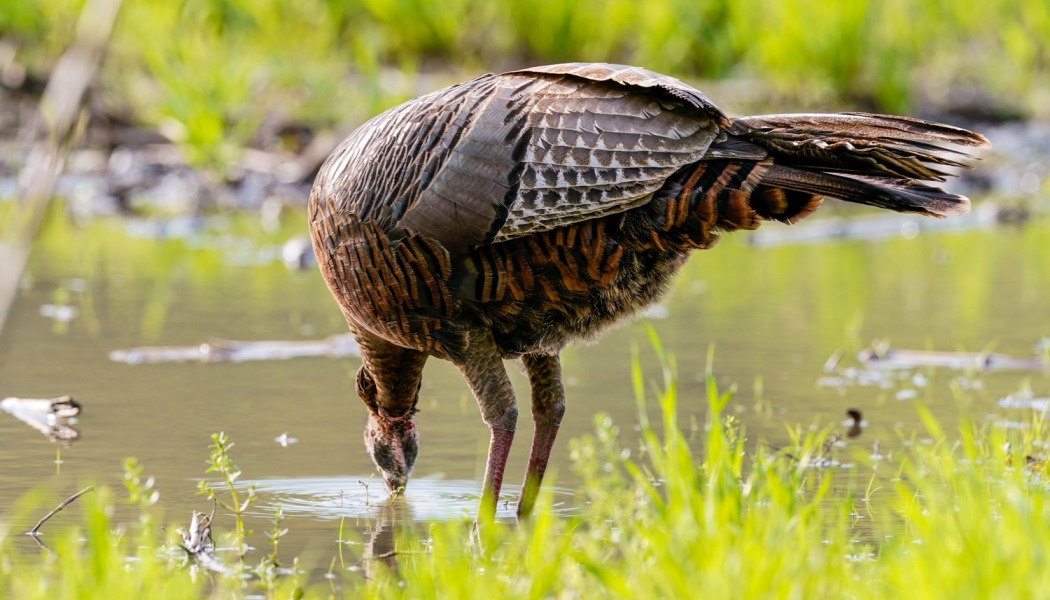 Through this new initiative, the NWTF is recognizing the critical role that water plays in all aspects of life, specifically for wildlife habitat, and builds on the success of the NWTF’s Northern Plains Riparian Restoration Initiative, expanding from a four-state area to a 10-state area.

Commonly referred to as riparian corridors or zones, riparian areas are natural ecosystems located along the banks of rivers, streams, creeks or any other water network. While riparian areas make up less than 1.5% of the entire landscape in the Great Plains, more than 70% of all plains wildlife species depend upon these ecosystems for water, food, cover, roosting, nesting and as travel corridors.

To address critical riparian conservation issues, the NWTF is partnering with landowners, governmental agencies, conservation organizations and others to restore these vitally important ecosystems across the landscape.

Over the next 10 years, the NWTF seeks to raise $10 million in private funding and leverage $40 million in matching partner funds to improve 75,000 acres of wildlife habitat along 1,500 linear miles of waterways in the Great Plains landscape.

“This initiative is an investment in America’s wildlife, wild places and opportunities for outdoors enthusiasts from all across the country who visit these landscapes to recreate,” said Jared McJunkin, NWTF’s director of conservation operations for the central region.

In the arid Great Plains states, riparian areas are a natural magnet for wild turkeys and hundreds of other species of wildlife. Riparian areas are also important for fish and other aquatic species, as they help control erosion and filter excess nutrients from surface runoff that can adversely affect spawning and rearing areas. They also serve to control flooding, improve water quality, provide for community water supply demands and recharge underground aquifers.

Many of these important wildlife habitats, however, are in poor condition due to a variety of causes.

“Numerous changes have occurred in the Great Plains that have disrupted this natural cycle and impacted the health of these vital communities,” said Tom Spezze, NWTF’s national director of field conservation and state policy.

“Whether it’s a change in land use, increased water demands or disrupted flood plains, there are many factors that can affect riparian ecosystem function and diminish wildlife habitat. Through our Waterways for Wildlife Initiative, we are committed to reversing these trends and implementing work that will improve riparian health for wild turkeys and a myriad of other species,” he continued.

The new Waterways for Wildlife Initiative is funded in part by a generous donation from Ovintiv and is one of many NWTF landscape-scale initiatives that address high-priority conservation needs throughout NWTF’s Big Six regions.

When the National Wild Turkey Federation was founded in 1973, there were about 1.3 million wild turkeys in North America. After decades of work, that number hit a historic high of almost 7 million turkeys. Since 2012, NWTF’s initiatives have already eclipsed their goals of conserving or restoring more than 4 million acres of essential wildlife habitat, recruiting or retaining more than 1.5 million hunters and opening access to more than 500,000 acres for hunting and other recreation opportunities.