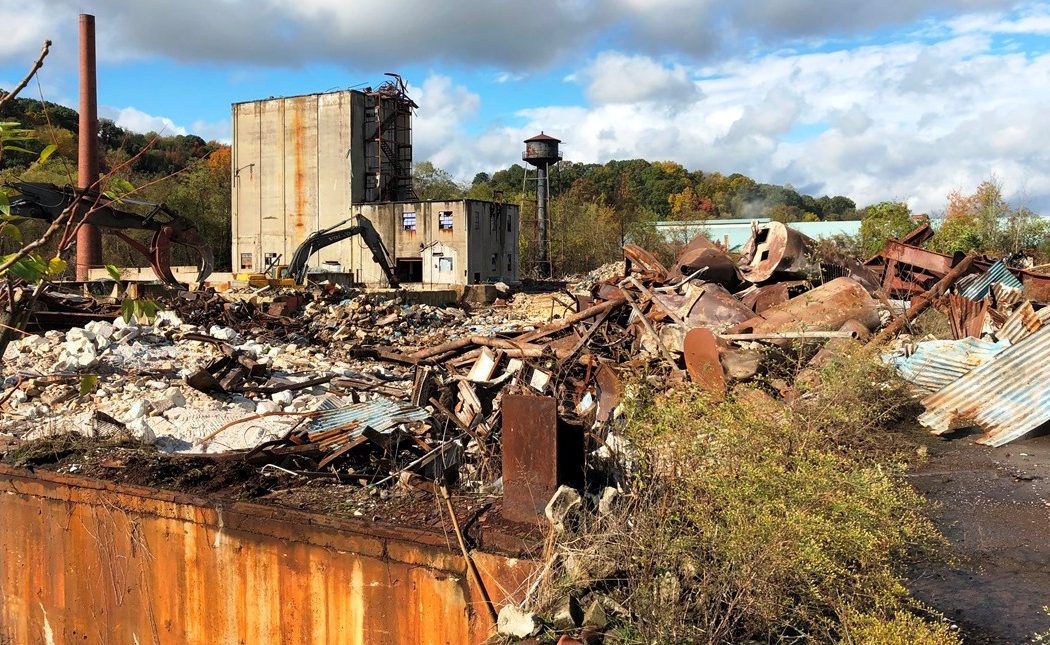 The Jeanette Glass Factory site in Jeannette, Pennsylvania was founded in 1887, purely as a bottle company.

Two years later, they modernized their plant with the latest technologies, and expanded beyond bottle-making, renaming the company Jeanette Glass Company. They manufactured everything from medical supplies to jars to automobile headlights. 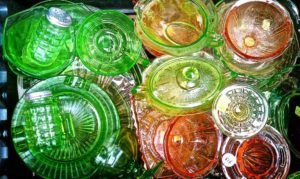 Just prior to the Great Depression, which started in 1929, Jeanette Glass shifted their focus in way that enabled them to survive when many others didn’t.

In those hard economic times, housewives found it difficult to afford much home décor. “Depression glass” emerged: it was brightly colored—similar to Tiffany products—but was inexpensive, thanks to modern production methods.

Gas stations and grocery stores often gave away depression glass to encourage customer loyalty. Middle class women enjoyed having a fancy container for their cosmetics and other personal items, and the resulting strong demand helped Jeanette Glass thrive while others withered. 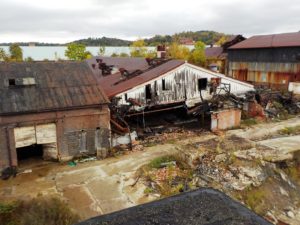 But the Jeanette Glass Company didn’t quite reach their 100th birthday, going bankrupt in 1983.

Back on May 31, 2017, Pennsylvania Governor Tom Wolf approved nearly $1 million in funding for remediation of the contaminated 13-acre site.

The $960,300 grant was provided through the Industrial Sites Reuse Program (ISRP), one of several tools used by the state to spur economic development in distressed areas. 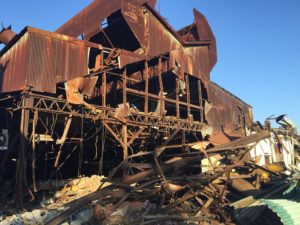 “Today is significant because the county has fought for years to secure the property. Now with the start of site work, you’ll see the beginnings to a stronger downtown economy which will bring new jobs and a new tax base,” said Gina Cerilli, Chairman of the WCIDC of the announcement.

“I am extremely proud of the leadership role the county has played in addressing blight in the City of Jeannette. We have taken on long-standing challenges to not only beautify the city, but also create opportunities for investment and renewal,” added Ted Kopas, Vice-Chairman of the Westmoreland County Industrial Development Corporation (WCIDC).

WCIDC Secretary Charles W. Anderson declared, “Today marks another milestone accomplishment in the City of Jeannette. Redevelopment of this site will dramatically improve the quality of life and economic vitality of the community.” 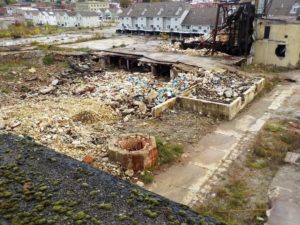 After Jeannette Glass declared bankruptcy in 1983, the property changed hands but remained largely idle and plagued with environmental violations, which prompted enforcement actions by DEP and the City of Jeannette.

WCIDC secured the deed in 2016, entered the voluntary Act 2 program, and later received grant money from the U.S. Environmental Protection Agency and Pennsylvania Department of Community and Economic Development (DCED).

Pennsylvania’s Land Recycling Program, or Act 2, has been recognized as a national leader in in facilitating the reuse of contaminated commercial and industrial sites. WCIDC elected to pursue site-specific standards for soil and groundwater and are currently characterizing the contaminants at the site. 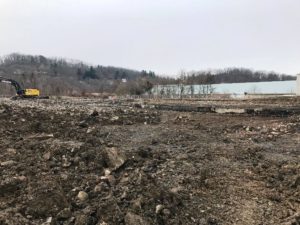 The site after demolition.

Ground was broken in May 2017 to begin the remediation which consisted of asbestos abatement, building demolition, waste removal, and sampling. WCIDC reached out to DEP for assistance to pursue Act 2 release from liability by July 2018. “This site has sat idle for too long,” said Jason Rigone, executive director, WCIDC. “We’ve set an ambitious timetable to finish remediation to get the site back on the tax rolls—a key to Jeannette’s revitalization.”

“We met early with WCIDC staff to go over any permitting requirements they might have and how we could expedite the process to keep the project on schedule,” said Ron Schwartz, acting regional director for DEP’s Southwest Regional Office. Under the Wolf Administration, $12.3 million in ISRP grants funded site assessments and remediation projects throughout the commonwealth. 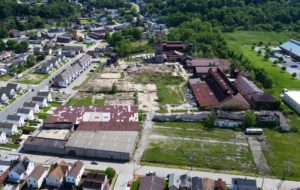 Later, in September of 2017, demolition work was actively progressing at the site. At the time, Kevin Halloran, manager of the Pennsylvania Department of Environmental Protection‘s (DEP) environmental cleanup and brownfield programs in the southwest of the state said “There’s been more progress in the last two months than in 30 years. A year from now, it will look amazingly different.”

Well, it’s a year later, and he was right.

The funds, secured from the Commonwealth’s Redevelopment Assistance Capital Program (RACP), were awarded to the WCIDC. The Jeannette Glass Works project received $2.2 million to support continued demolition, site remediation and redevelopment of the 13.2-acre site, located in the downtown area in the City of Jeannette. 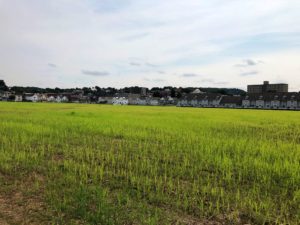 In addition, the RACP funding will support the installation of infrastructure, which will include storm sewers, sanitary sewers, waterline, utilities, soil erosion and sedimentation control, road paving and related costs to improve the site.

“Both of these projects are keys to maintaining our manufacturing and industrial presence in the region and increasing jobs,” Ward said. “The work done specifically on the Jeannette Glass site is a culmination of hard work from all areas of government. I’m pleased we were able to secure funding for these two important projects,”said Walsh. “Both are keys to encouraging economic growth in the area.”

“For many years, the Jeannette Glass site has been an eyesore for the community. DCED’s funding is the first step toward bringing this blighted, contaminated property back to life,” Secretary Dennis Davin of the DCED.

A plan for reuse is already in the works. In March of this year, the WCIDC board of directors approved a sales agreement with a local company for the entire site. Details are still being finalized, but potential employment is estimated between 130-150 workers.