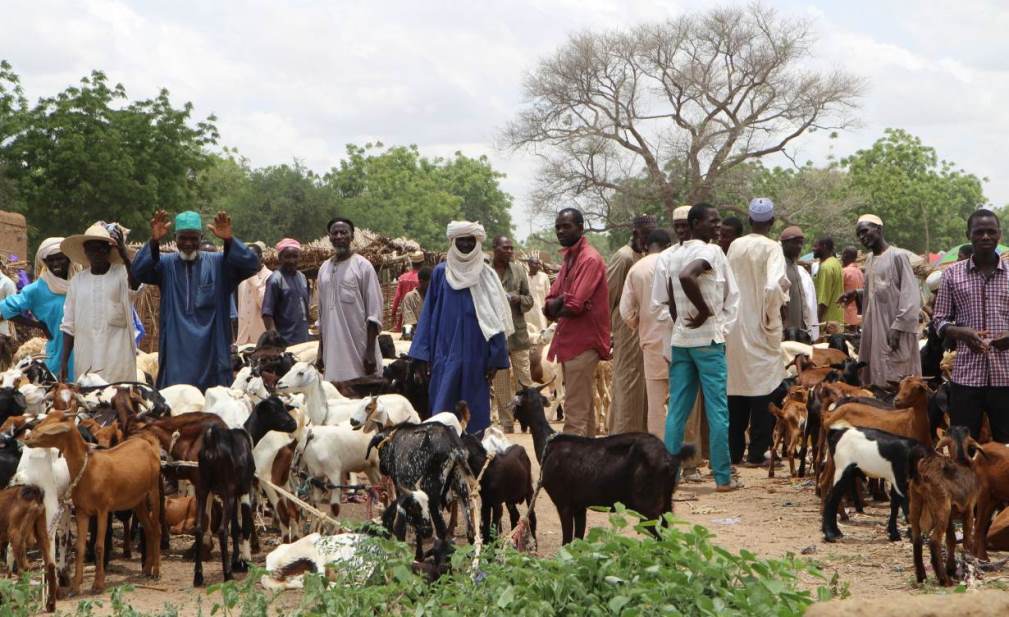 Grappling with desert conditions, insurgency and decades of political instability, Niger has long struggled to feed its rapidly growing population. But experts say efforts to change that are bearing fruit – and may even be a model for the region.

Four out of five of Niger’s people eke out a living through farming or fishing, yet three-quarters of the landlocked west African country on the southern edge of the Sahara is arid.

Among them is 35-year-old Boukari Lawali, who struggled to produce enough food for his family from his six-hectare plot before 2015, when the United Nations launched a pilot scheme to help farmers in his village use rainwater more effectively. “Before, the produce from my farm would be enough for only three months, now we have food for seven months,” Lawali told the Thomson Reuters Foundation in Dargue, a dusty village in the south of the country.

“Before, if there was rain, the plants would be washed away. Now they are not,” said Lawali, a father of six who grows millet, sorghum and beans.

Lawali’s farm was transformed using an ancient technique that involves digging half moon-shaped trenches to allow rain to soak into the soil during the wet season instead of running off the hard-baked surface. 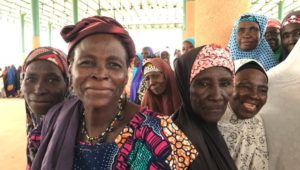 The simple technique is helping to restore land that was once fertile but has been degraded by erosion, deforestation, overgrazing and climate change.

Since 2015 nearly 20,000 hectares of agricultural and pastoral land has been restored in this way with the help of the U.N., which has also provided farmers with better seeds and built markets to make it easier for them to sell their produce.

The impact has been transformative. Villagers say malnutrition has all but disappeared and school attendance in the village and surrounding areas has more than doubled.

The head of the World Food Programme—one of the U.N. agencies running the project—said Niger could be a “model for all of Africa” if this scheme and others like it were rolled out across the country. “Niger can be an effective role model where when we work together, we can end hunger, we reduce migration, teen pregnancies, birth rates, conflict as well as recruitment by extremist groups,” David Beasley told journalists during a recent visit to Niger.

Niger, a former French colony with a population of about 20 million, is one of the world’s least developed countries with among the highest fertility rates.

Conflicts in neighbouring Mali and Nigeria have pushed thousands of refugees into the country in recent years.

With food production struggling to keep pace, the government has set out ambitious plans to restore 1 million hectares of degraded land over the next four years and boost irrigation.

Currently just three percent of all irrigable land in Niger is irrigated. “We want to scale this up, not just with the U.N. partners but with others too,” said Ali Bety, who heads Nigeriens Nourishing Nigeriens (3N), a government initiative to combat hunger and poverty.

“In Niger it doesn’t rain very much, but when it does rain it is quite intense, so we need to find a way of harvesting all of that water so we can irrigate and grow for a longer period,” he told the Thomson Reuters Foundation.

On a smaller scale, the U.N. Food and Agriculture Organization (FAO) is introducing cisterns to help people harvest and store rainwater in Niger, where desertification claimed 100,000 hectares of land every year.

Bety said he wanted to end the cycle of “constant food insecurity” that has left 1.6 million Nigeriens reliant on food handouts according U.N. estimates.

Last year the 3N initiative was credited with halving the number of people suffering from hunger in Niger since 2011 in a U.N.-backed award for the world’s best policies to combat desertification.

The regional head of mission for the U.S. government’s aid programme USAID, Lisa Franchett, said there had been “substantial improvements in the prevalence of hunger, poverty and stunting” in the areas where it works with the government.

Near Dargue lies an area of pastoral land where people from surrounding villages have been paid to build half moon pits around which small plants are now starting to grow.

Issoufou Bizo, who is overseeing the restoration project, thought the land had been left permanently barren after a severe drought in 1984. Now he brings his sheep here to graze. “I remember when there used to be a forest here. There were trees everywhere. There were also birds and animals,” said the 42-year-old. “I feel very happy to see this green again.”

Featured photo of men buying and selling goats at the market in Dargue village in Maradi Region in south central Niger on Aug 16, 2018 is courtesy of the Thomson Reuters Foundation/Thin Lei Win.

This article by by Thin Lei Win (edited by Claire Cozens) was originally published by the Thomson Reuters Foundation. Reprinted here with permission.