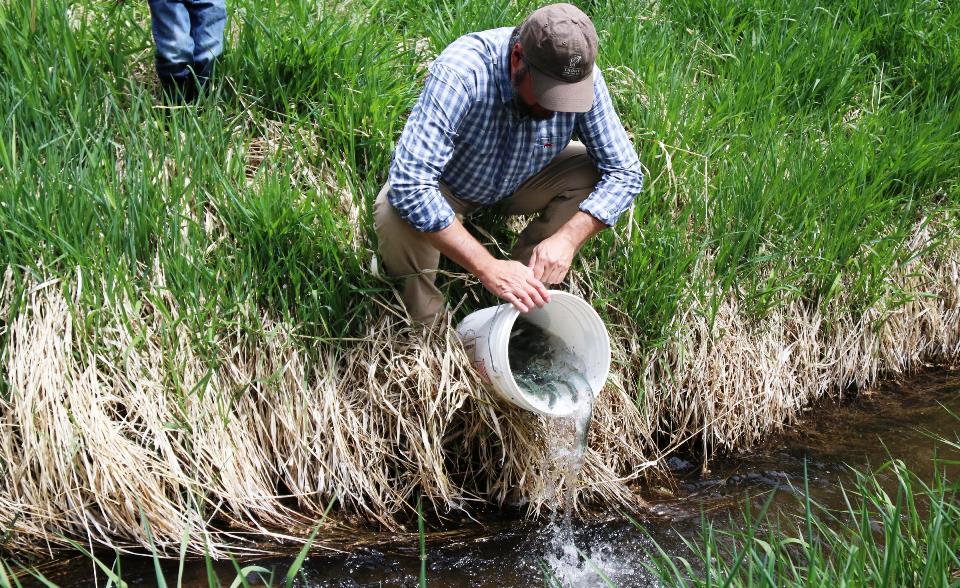 Today, this black-spotted, yellow and red fish has been reduced to only 14 percent of its historical range.

Last year the Utah Division of Wildlife Resources along with Trout Unlimited and the U.S. Bureau of Land Management removed non-native fish that compete with Cutthroat Trout from more than 20 miles of stream in Emery County’s Range Creek Canyon.

“If those Fremont people were eating fish, which we think they did, they would have been eating Colorado River Cutthroat Trout,” he said. “And so, we’re getting it as close to the ancient state as we can. Eggs were collected; they were raised to be about six inches and then we took them from the hatchery and put them back into Range Creek.”

While Nielson is quick to acknowledge the importance of collaboration with state and federal agencies, he says that one of the most critical components responsible for the success of this project is the enthusiasm of local ranchers Butch and Jeanie Jensen and other landowners in Range Creek.

“You know, ranchers and farmers were the original conservationists,” Nielson said. “They wanted to take care of the land they were using. So most of the time when we work with ranchers, it doesn’t take much to help them catch the vision. The Jensens were really great to work with and have been champions of the project since the get-go – they’ve wanted to see Cutthroat back in there.”

While freshwater species conservation remains a daunting task, partnerships like those between Trout Unlimited, the Division of Wildlife Resources and local ranchers, are helping preserve Utah’s native trout and increase opportunity for the anglers that seek them out.