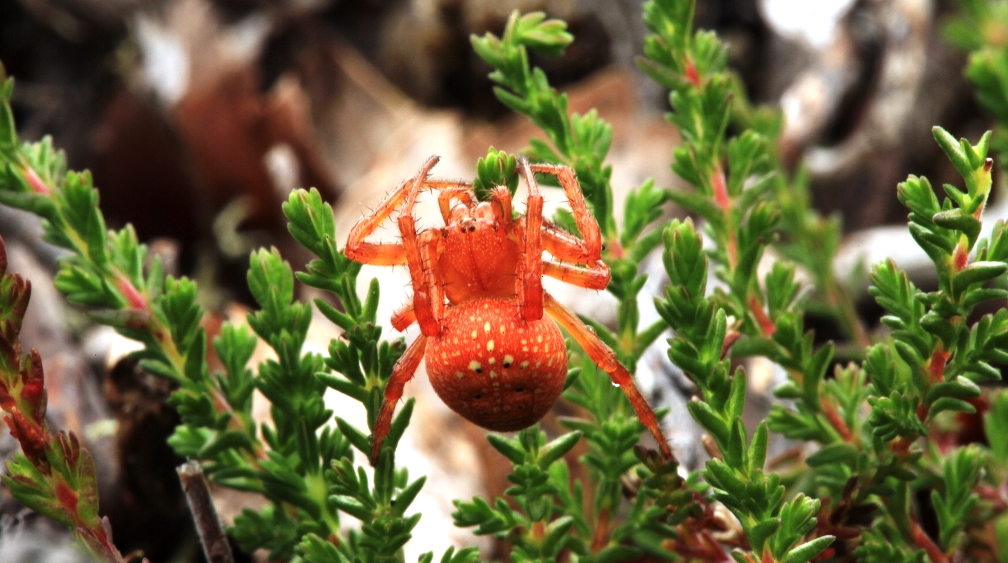 On September 26, 2018 the environmental restoration non-profit, Trees for Life, celebrated the 10th anniversary of its flagship Dundreggan Conservation Estate in Glenmoriston, Scotland. This marks a decade of restoring the Caledonian Forest at the acclaimed site, and an ongoing commitment to investing in the local community.

[Note from Storm Cunningham: this anniversary has some personal meaning to me. Trees For Life is one of my favorite non-profit groups on the planet. In fact, probably the oldest T-shirt that I still wear is one from Trees For Life, which I received in return for a small donation made about 20 years ago.] 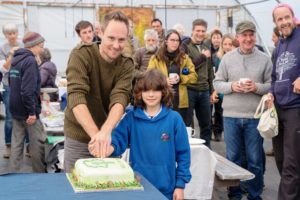 The organization’s supporters, plus children from Invergarry Primary School, attended a celebration event at the 10,000-acre biodiversity hotspot to the west of Loch Ness. They visited Dundreggan’s tree nursery, where they squashed rowan berries to release seeds, and also joined wildlife tours to see conservation in action.

“This first decade of rewilding at Dundreggan has been an inspiring success story. Thanks to hundreds of volunteers, 1,200 hectares of new forest are now growing from valley to summit,” said Doug Gilbert, Trees for Life’s Operations Manager at Dundreggan.

“These flourishing woodlands full of life are helping us save the Caledonian Forest – one of the world’s magical forest habitats – from being lost forever. A renewed forest is being created that will benefit people and wildlife for centuries to come,” he added.

Trees for Life’s 2008 purchase of Dundreggan for £1.65 million made it one of the UK’s largest areas of land bought for forest restoration. The former hunting estate was already home to ancient forest fragments, including outstanding areas of juniper and dwarf birch.

The charity has since been planting half a million trees at the site, ensuring natural regeneration of woodlands, and encouraging the return of rare wildlife, plants and insects. Volunteers have carried out much of this work, including by joining popular Conservation Weeks.

At the site’s tree nursery, volunteers can join Tree Nursery Weeks,  helping a skilled team grow 60,000 native and rare trees each year for planting out on the estate and other Highland sites. 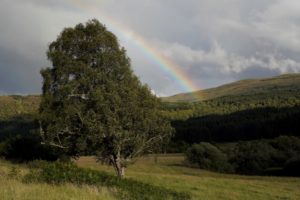 Innovative research includes successfully encouraging aspen – a rare tree that rarely flowers or sets seeds in Scotland – to flower under controlled conditions, enabling it to produce seeds for propagation. Other pioneering trials include introducing a mix of spores from mushrooms when planting and growing selected trees and seedlings, to improve growth and resistance to drought, heat and pests.

Dundreggan is a biodiversity-rich “lost world”. Almost 4,000 plant and animal species have been identified so far, including unusual species such as the strawberry spider and a midge that doesn’t bite. Several species had never been recorded in the UK before, or were feared extinct in Scotland.

Members of the public can volunteer to plant trees at Dundreggan, or to grow future woodlands in the tree nursery.

All photos courtesy of Trees For Life. Featured photo is a female strawberry spider (Araneusalsine), a species that has returned to the Dundreggan site thanks to the rewilding efforts.