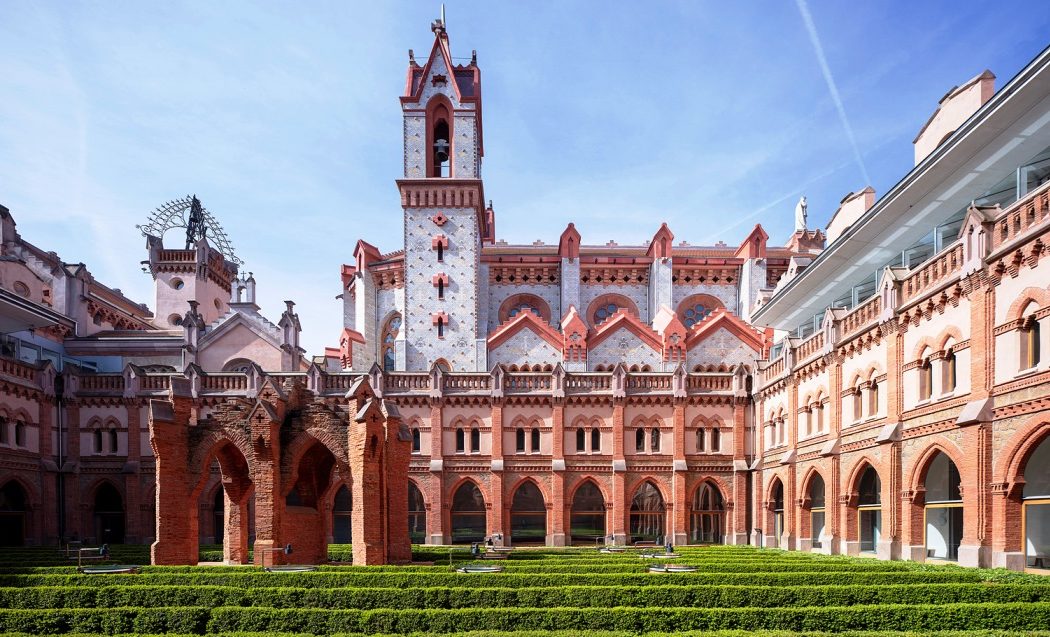 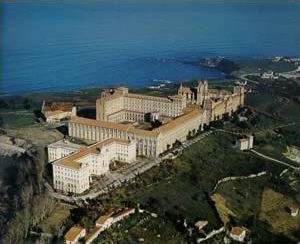 Their Church of the Major Seminary is currently the site of a spectacular renovation. But first, a bit of history.

Pope Leo XIII founded the Seminary of St. Anthony of Padua in 1890 in the town of Comillas, Cantabria, in response to the desire of the Marquis of Comillas to build an institution for educating local candidates to the priesthood.

At the time of its founding, the seminary was entrusted to the Society of Jesus.

In 1904, the seminary was raised to the status of a Pontifical university when Pope Pius X granted the school the power to confer academic degrees in theology, philosophy and canon law. 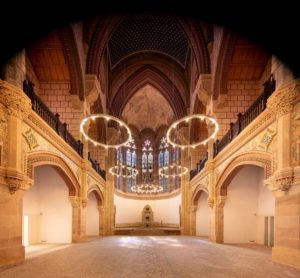 In 1969, the university was moved to Madrid, where it admitted a wider range of students including international students.

In 1978 the Jesuits incorporated into the university their Madrid’s higher education institution ICAI-ICADE, the resultant entity of the merger in 1960 of ICAI and ICADE, two institutes established in 1908 and 1956 respectively. 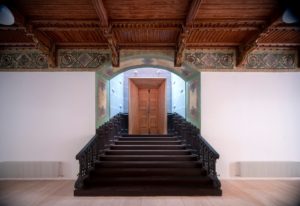 Several other schools, like the San Juan de Dios School of Nursing, were incorporated later on, to reach the university’s present structure of seven colleges and schools.

The university has a broad variety of academic exchange programs, apprentice programs, and international projects in alliance with over 200 institutions of higher education throughout Europe, Latin America, North America and Asia. 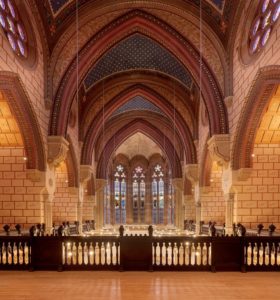 Now, this grand institution is the site of a grand renovation. The project focuses on the integral refurbishment of the Church of the Major Seminary. This intervention continues a renewal strategy initiated several years ago.

The church is the central element of this vast eclectic campus, and it appears to be the architectural result of three conflicting designs an plans. Most agree that the design created by Lluís Domènech i Montaner is the most attractive one.

It is characterized by a very clever manipulation of the spaces along the central axis, where the church is located, and the suggestive application of modernist ornamentation. 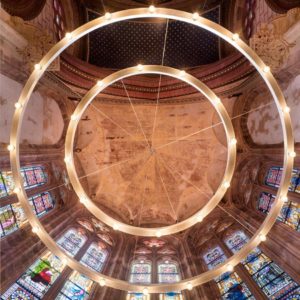 The architects say (roughly translated), “A ramp, new openings, materialized through concrete lattices, manipulations of levels, a new lighting strategy, the recovery of the sacristy and a big transformation of the choir space revitalize the space and provide further autonomy to the church within the complex.”

We think the Marquis of Comillas would be proud that this outcome of his original vision has been so beautifully revitalized.

Unless otherwise credited, all images are courtesy of architects Eduardo Fdez.-Abascal Teira and Alberto Alonso Ortiz. Featured image is by Javier Callejas.