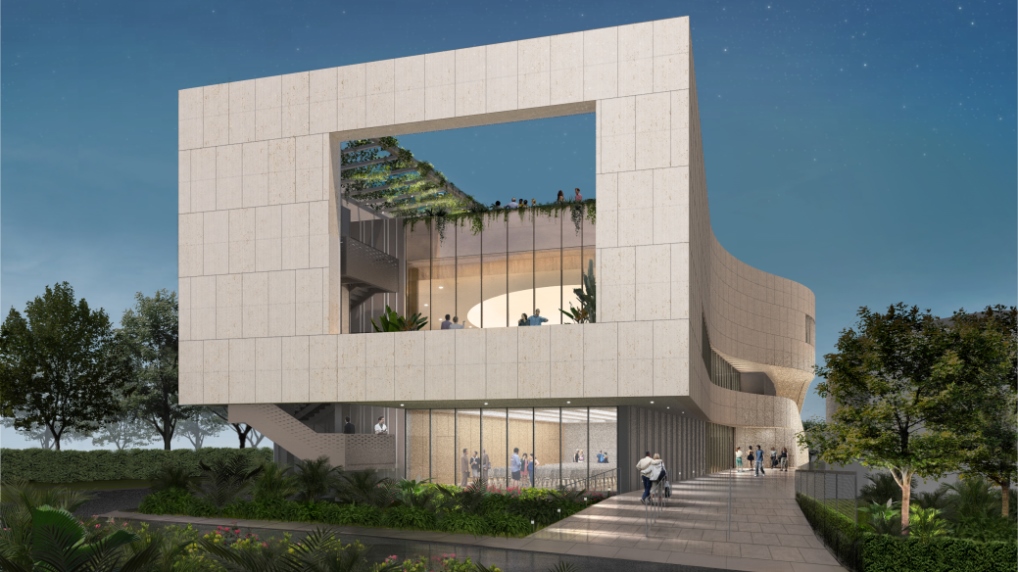 On November 1, 2018, Naples CEO and President Kathleen van Bergen announced that completion of The Baker Museum Repair and Expansion Project is scheduled for November 2019, and that the renovation is now underway.

The design by Weiss/Manfredi Architecture/Landscape/Urbanism reveals a cultural campus that begins to realize the bold vision of the organization’s Master Plan. The Master Plan aims to enhance the visitor experience by creating welcoming spaces that reflect the natural beauty of Southwest Florida and allow for enhanced dialogue between the visual and performing arts programs of Artis—Naples. 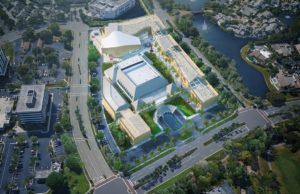 “It is inspiring to think about introducing Naples to a reimagined Baker Museum,” said van Bergen. “This first project of the Master Plan incorporates all of the elements that our mission has grown to encompass over three decades: visual arts, performing arts, education and social engagement. I look forward to sharing each and every one of these beautiful new spaces with the entire community.”

“Our design for the renovation and expansion of The Baker Museum nests a series of interlocking indoor and outdoor spaces that create an open garden courtyard for programmed and spontaneous events,” said Michael Manfredi and Marion Weiss. Adding, “It capitalizes on the multidisciplinary nature of Artis—Naples and makes visible the transformative interchanges between all the arts.” 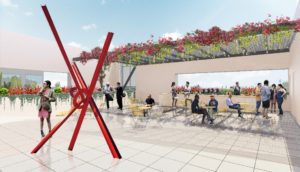 The removal of the glass dome-shaped Figge Conservatory allows for a larger lobby, relocation of the museum store, museum ticketing and a reference library. A monumental exterior staircase ascends the new facade, providing a private entrance for special events in the second-floor expansion.

The Norris Garden, the courtyard between The Baker Museum and Hayes Hall—the 1,477 seat performing arts space—doubles in size and physically connects the two primary art forms of Artis—Naples. This unifying space encourages social engagement among participants of all disciplines and benefits from lush landscaping in a tropical environment.

The 17,650 square-foot expansion to the south creates three new, flexible spaces designed to accommodate a variety of art forms and supports the interdisciplinary mission of the organization. The southern facade of the museum building is the most dramatic, offering glimpses into the artistic activities taking place within the new spaces as well as social gathering in the Norris Garden.

The new event space on the second floor, complete with glass doors that open to welcome the gulf breeze, is equally at home hosting large catered receptions as well as rehearsals and performances. 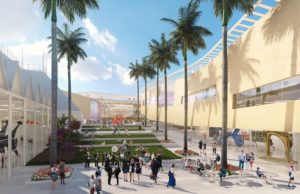 A breakout gallery with seating and a view of the courtyard is added on the third floor, allowing patrons the ability to move from their museum gallery experience to the outdoor sculpture terrace to the south. The outdoor service counter and reception space is ideal for pre- or post-event drinks and socializing. At this elevation, views to the west allow patrons to enjoy sunsets during their Artis—Naples visit.

The Future—Forward Campaign for Cultural Excellence is focused on four key areas: reimagining the Kimberly K. Querrey and Louis A. Simpson Cultural Campus, embracing artistic and community initiatives, growing the permanent collection for The Baker Museum and substantially increasing endowment.

To date, more than $60 million has been raised for the renovation, including $50 million from the Artis—Naples Board of Directors. The campaign goal is currently $75 million. The campaign focus now shifts to capital projects, with $25 million launching the Repair and Expansion project.

Elements of the complete Master Plan include ascending outdoor terraces with welcoming green space, which create a social heart of the campus, as well as new interior spaces for social interaction, performance and learning. The design enhances Artis—Naples’ ability to fulfill its multidisciplinary mission by creating a connected campus conducive to the visual arts, performance and education. 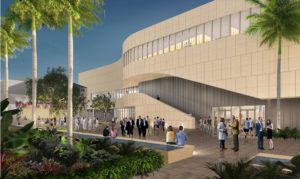 Artis—Naples is the premier organization for the visual and performing arts in Southwest Florida. They aspire to inspire, educate and entertain by presenting world-class events that enrich their community. They offer a unique range of programs including music, film, dance, comedy, lectures and exhibitions featuring internationally acclaimed artists. An interdisciplinary approach cultivates a broader appreciation for art in its many forms.

In the 2018-19 season, Andrey Boreyko celebrates five years as music director for Artis—Naples. Boreyko is internationally recognized as one of the most exciting and dynamic conductors working today.