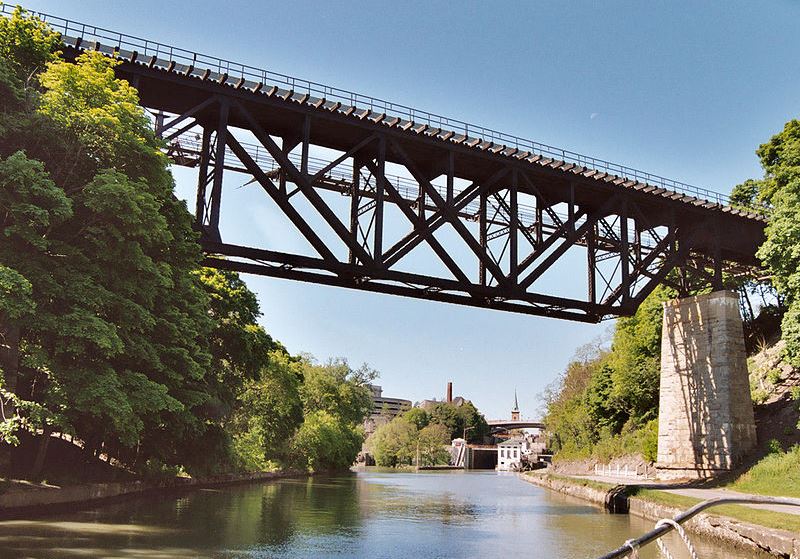 In late September and early October of 2018, New York Governor Andrew M. Cuomo announced three more communities that would received $10 million each to revitalize their historic city centers, as part of the governor’s statewide Downtown Revitalization Initiative. The winners were Lockport, New Rochelle and Penn Yan.

The City of Lockport is a unique canal community (see above photo) anchored by a growing, progressive downtown district and an established tourism season. The city’s walkable 15-block central business district has several iconic buildings that are vacant or underutilized and represent impactful economic development opportunities, especially for a blend of affordable, market-rate, and luxury housing. Recent public investment has already driven private developer interest in downtown properties, leading to significant improvements, such as the renovation of the blighted 57 Canal Street property into a bustling epicenter that hosts numerous community events.

“With its strategic location on the Erie Canal and thriving tourism industry, Lockport is an ideal recipient of the Downtown Revitalization Initiative,” Gov. Cuomo said. “This investment will give Lockport the resources needed to grow their downtown district, transforming this community on the rise into a bustling epicenter of activity for residents and tourists alike to enjoy.”

The DRI award will unlock downtown Lockport’s full potential by enhancing corridors from residential neighborhoods into the heart of downtown with revitalized buildings, attractive storefronts, and residential options – providing a walkable, livable, and sustainable community in which residents and visitors alike can take pride.

“As someone who was proud to represent Lockport in Congress and fight for funding for the Fight of Five and for environmental cleanup, I know what this award means to the treasured community,” said Lieutenant Governor Kathy Hochul. “This $10 million investment from the Downtown Revitalization Initiative allows Lockport to take the next steps forward to advance projects that will create jobs, improve walkability, and better connect this community to Niagara County and the entire region. Like so many communities in Western New York, Lockport has seen the benefit of targeted state investment, helping this unique destination further embrace the history and heritage of the Erie Canal.” 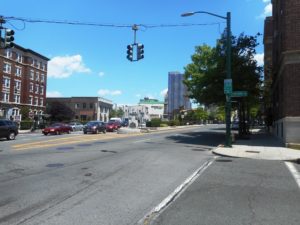 With its DRI award, New Rochelle will connect its evolving and prosperous city center with the mile-long Lincoln Avenue Corridor that contains mixed-income residential housing, a newly renovated hospital, green space, a Metro North Train Station and part of the city’s Arts and Cultural District.

“New Rochelle’s Lincoln Avenue Corridor is an area ripe with potential to appeal to a new generation of residents, businesses and visitors,” Gov. Cuomo said.

“This new funding will lead to strategic investments that will spur positive economic growth for New Rochelle, Westchester County and the surrounding region,” he added.

The Downtown New Rochelle Strategic Investment Plan will build upon significant public-private investment over the past few years to spur commercial, residential, and mixed-use development in the city. DRI investments will leverage city resources and private investments to forge connections between residential neighborhoods in the northern portion of the corridor with commercial, institutional, and cultural resources to the south.

The city envisions infrastructure improvements that will improve pedestrian and traffic circulation and extend the downtown’s walkable, sustainable, transit-oriented design into this corridor to create a bustling environment in which to live and work.

“As part of the DRI, the Lincoln Avenue Corridor in New Rochelle will continue to be revitalized with mixed-use development, connecting the residential area with commercial business to ensure a thriving neighborhood. This investment will provide the resources needed to enhance quality of life for residents and boost the economy of the city, Westchester County, and the entire region,” added Hochul. 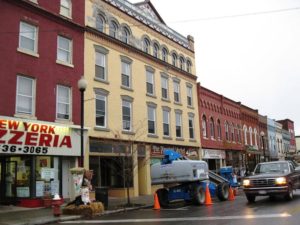 The Village of Penn Yan, a hub of business and recreational activity surrounded by bucolic farmland, leads the Finger Lakes Region in manufacturing job growth.

Rich in history, the Village’s downtown comprises lovely tree-lined streets, intact historic buildings, and beautiful landscaping. While so many other main streets have lost out to strip mall developments and big box retailers, Penn Yan’s downtown is still the center of commerce for residents and visitors alike.

“This significant investment in Penn Yan will help attract visitors to the area, spur economic growth and increase job opportunities for the village and the entire Finger Lakes region, creating a stronger, more prosperous New York for all,” Governor Cuomo said.

However, a number of barriers, including the impact of recent extreme floods and lack of housing options, are suppressing Penn Yan’s full potential for leveraging private investment and increasing economic opportunity for all. The DRI planning effort in Penn Yan will focus on overcoming these barriers and promoting sustained, year-round economic growth by concentrating on four areas: leveraging the abundant natural assets, capitalizing on the growing craft food and beverage industry, using the local art scene as an economic engine, and capturing the intellectual capital that lives and vacations in the Village.

“The Finger Lakes region is home to some of the greatest natural assets in the world, and I have seen firsthand how Penn Yan has been enriched by our growing upstate economy and booming craft beverage industry,” concluded Hochul. “Penn Yan is at the heart of the Finger Lakes, with a historic downtown that is primed for significant investment. With $10 million from the Downtown Revitalization Initiative, the village will be able to move forward with plans to improve housing, tourism assets, and transportation connections.”

Featured photo by Leonard G. (via Wikipedia) shows the Erie Canal with downtown Lockport in the distance.