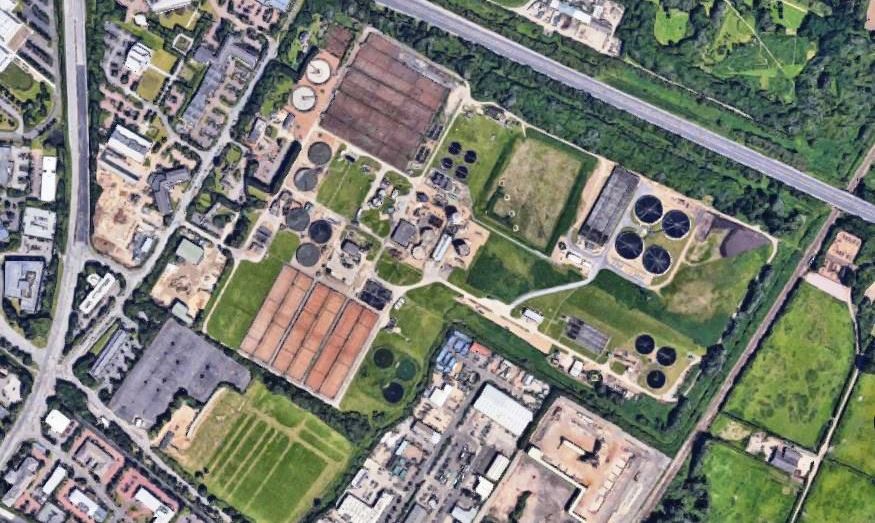 In my (Storm Cunningham) 2008 book, Rewealth (McGraw Hill), I pointed out how—as cities grow and redevelop—the after need to relocate their infrastructure. For instance, it might have made a lot of sense to put a sewage treatment facility on the waterfront a century ago, when urban waterfronts were places few dared to tread.

Today, with cities revitalizing by repurposing, renewing and reconnecting to their waterfronts, that ugly, foul-smelling infrastructure would be inappropriate next to an outdoor cafe.

In the UK, a good example of this is emerging, but not on a waterfront. In this case, urban sprawl has taken Cambridge, England into what used to be a remote area, where just such a sewage plant exists. Now, people want to live there.

In December of 2018, plans were published that showed how a major brownfield site on the northern edge of Cambridge could be repurposed, renewed and reconnected (a good example of the 3Re Strategy in action) to transform it into a new low-carbon community with thousands of new homes, jobs and high quality facilities near newly-created public transit.

The Greater Cambridge Shared Planning Service—a partnership between South Cambridgeshire District and Cambridge City Councils—published the joint plan for how a new district could be created on the land between the A14 (a major highway), new Cambridge North Railway Station and Cambridge Science Park.

Councillors at both Councils will now discuss the plans before a public consultation exploring the issues for the site, and options for regenerating it, is carried out early next year.

Comments on the issues facing the site will be invited during the consultation. These include:

Comments received will help shape the Councils’ understanding of the opportunities, benefits and challenges for the area. It will also influence how the development could help address housing and employment needs across Greater Cambridge.

Ideas within the report include the opportunity to create a “low carbon” district. This reflects the fact that jobs in the adjoining science and business parks could be supported by nearby new homes and local facilities for new and existing residents and businesses, reducing the need to commute.

Following initial feedback, it also highlights the need to significantly reduce the reliance on private cars at the development, so it does not further contribute to congestion on the local roads in the area. The site is next to the Cambridge North Railway Station and the Guided Busway and has good walking and cycling links.

Anglian Water’s water treatment facility will need to be relocated for comprehensive regeneration of the area to take place. In the past the cost of relocating the facility has meant this has not been an option the Councils could consider.

However, a bid to Government under their Housing Infrastructure Fund – which was set up to help sites like Cambridge Northern Fringe get off the ground – has recently been submitted to move the water treatment facility. The bid successfully passed the first round of Government assessment and the final outcome is expected in the spring. 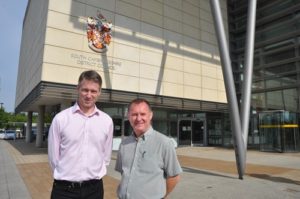 Cllr. Aidan Van de Weyer, South Cambridgeshire District Council’s Deputy Leader and Lead Cabinet Member for Strategic Planning, said: “We have a unique opportunity to regenerate this significant brownfield area on the edge of the city to provide environmentally friendly living. We need to take a different approach here to car use as the network in this area simply cannot cope. By putting homes, jobs, excellent public transport links and facilities together in the right way we can achieve a new type of low carbon living.”

“This would also keep people’s commutes to a minimum, reducing their overall cost of living, and therefore making the homes more affordable to live in. Subject to approvals by Councillors, a public consultation will launch early next year. I really hope that people will get involved in this, as your views on how we develop a plan for this area are really important,” he added.

Cllr Kevin Blencowe, Cambridge City Executive Councillor for Planning, concluded, “If the bid to Government is successful, this will be a game changer, as it enables us as a community to decide what role the future northern fringe will play in meeting Greater Cambridge’s growth needs. As one of our last strategic brownfield sites, it has the potential to deliver a wide range of benefits, not just for the area but the city as a whole. I strongly encourage everyone to engage in the forthcoming consultation to ensure we achieve a high-quality plan that will deliver our aspirations for this important part of the City.”

The public consultation is proposed to be carried out early in 2019 thereafter.

Satellite image of the site via Google Maps.