Those who heard any of my (Storm Cunningham) earlier talks or workshops probably heard me talk about the Alaskan Way Viaduct in Seattle, Washington.

This elevated waterfront freeway epitomizes the bad urban planning that took place (and is still taking place in some backwards places) back when planners apparently believed that sole purpose of their existence was to make life easier for automobile drivers; quality of life, neighborhood cohesiveness and pedestrian safety be damned.

Other than providing commuters with a nice view and quicker trips, the viaduct isolated residents (and real estate developers) from the waterfront, closing off vast opportunities for both public greenspace and economic development. 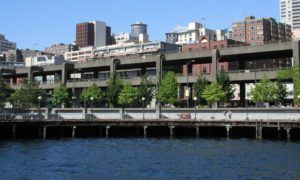 The viaduct was constructed in three phases from 1949 through 1959, with the first section opening on April 4, 1953. Intelligent local citizens had been calling for the monstrosity’s demolition almost since the day it was built.

Then, Mother Nature came to the rescue: the 2001 Nisqually earthquake damaged the highway, adding public safety and high repair costs to the quality of life arguments.

Mother Nature had earlier done the citizens of San Francisco a similar favor: the 1998 Loma Prieta earthquake damaged both the Embarcadero Expressway and the Central Freeway. Both of these engineering atrocities were removed, and large areas of the city were revitalized as a result.

After the Nisqually earthquake, state and city governments considered several options, including a rebuilt elevated structure, a surface boulevard, and cut-and-cover tunnel, but could not compromise on a final choice. A deep-bored tunnel was selected in 2009 and the southern section of the viaduct was demolished in 2011 and replaced with a six-lane, single-deck freeway that travels through the SoDo industrial area. Excavation of the downtown bored tunnel by the tunnel boring machine “Bertha” began in 2013 and was completed in 2017 after two years of delays.

Now, this story—which has spanned my entire career in the field of redevelopment and revitalization (the Nisqually earthquake happened the year before my first book, The Restoration Economy, was published)—is coming to a close.

The City of Seattle is currently preparing for the permanent closure of the Alaskan Way Viaduct beginning January 11, 2019. This also marks the beginning of the long-dreaded “Seattle Squeeze:” a four-year period when public and private megaprojects in the region will create major new challenges to getting in and around Seattle. 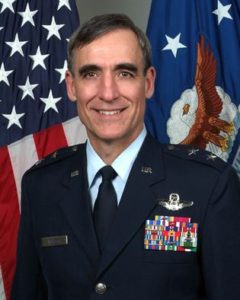 In this role, Worden will be the single point of contact for ensuring the City’s 29 departments have a coordinated response to new mobility challenges and impacts to department operations, including managing the right of way, conducting incident response, and ensuring the continued delivery of emergency services. He will also help ensure the City is working closely with partner agencies on operations and planning.

“After the many years of tunnel construction, the viaduct will finally be coming down and work on the waterfront of the future will begin. But this also marks the beginning of a period of significant mobility challenges that will require coordinated, efficient response that delivers for the people of Seattle,” said Mayor Durkan. “With his decades of experience in planning, operations and fast-changing periods of uncertainty, General Worden will help ensure we are meeting the challenge for the public, freight mobility and critical services like public safety.”

“It is a privilege to serve the people of Seattle. While Seattle faces significant mobility and traffic challenges, Mayor Durkan’s vision for the future is both compelling and a call to action,” said General Worden. “I look forward to working with the Mayor as well as my City and regional colleagues to help address the complex challenges and ensure a coordinated response that advances safety and mobility.”

Worden, who began serving at the City on January 2, joins the City as a member of the Mayor’s Cabinet. He will report to the Mayor, and Senior Deputy Mayor Michael Fong will oversee his day-to-day work. Worden will be based out of the City’s Emergency Operations Center so he has access to necessary centralized communications and technology assets for real-time coordination.

Worden will draw on decades of global experience in crisis planning, logistics coordination and operations leadership, often in fast-moving periods of risk and uncertainty to guide the City’s response to this new era of tough traffic amid major construction, and to complement the ongoing work across the City’s departments. Worden served in the United States Air Force for over 30 years before working as an executive in Defense and commercial industry.

Before his retirement from military service in 2009. Immediately prior to his retirement from military service, Worden served as the Deputy CEO and Vice Commander of Air Combat Command at Langley Air Force Base. In addition, Worden holds a B.S. in History from the United States Air Force Academy, and a M.A. and Ph.D. in History from Duke University.

Many in the city are appalled at the decades of deprivation and billions of dollars in expense ensuing from one bad planning decision. They are happy to (almost) have this period behind them, so a revitalizing new era can begin…one that boasts a downtown that’s finally connected to the treasure that is Puget Sound‘s Elliott Bay.