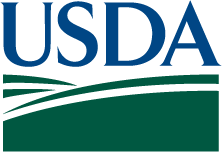 Agriculture Secretary Tom Vilsack announced that the U.S. Department of Agriculture (USDA) is investing $6.5 million in the Ogallala Aquifer region this year to help farmers and ranchers conserve billions of gallons of water and improve water quality. Funding will be targeted to seven priority areas to support their primary water source and strengthen rural economies.

“This funding assists conservationists and agricultural producers in planning and implementing conservation practices that conserve water and improve water quality,” said Vilsack. “This work not only expands the viability of the Ogallala Aquifer but also helps producers across the Great Plains strengthen their agricultural operations.”

Underlying the Great Plains in eight states, the Ogallala supports nearly one-fifth of the wheat, corn, cotton and cattle produced in the United States. It has long been the main water supply for the High Plains’ population and is being depleted at an unsustainable rate. The reservoir was created more than a million years ago through geologic action and covers about 174,000 square miles; mainly in Nebraska, Kansas, Oklahoma, and Texas (also known as the High Plains). The aquifer also covers part of South Dakota, Wyoming, Colorado, and New Mexico.

Through the Ogallala Aquifer Initiative (OAI), USDA’s Natural Resources Conservation Service (NRCS) is directing funding in fiscal 2015 to support targeted, local efforts to improve the quality and availability of this vital water supply. This year’s work is planned in seven priority areas in five states and will continue for up to four years. It will conserve billions of gallons of water per year, extending the viability of the aquifer for multiple uses. This conservation investment builds on $66 million that NRCS has invested through OAI since 2011, which helped farmers and ranchers conserve water on more than 325,000 acres. The Secretary noted that much of the funding invested by USDA has been matched or supplemented by individual producers.

The fiscal 2015 priority areas include:

“Water is a precious resource, and the Ogallala Aquifer Initiative helps our farmers and ranchers use it wisely,” NRCS Chief Jason Weller. “This is especially important in a place like the Ogallala, where drought conditions have prevailed in recent years. We know we can’t change the weather, but we can help producers be ready for it.”

Many western states were affected by a historic drought earlier in the decade, and that drought continues in areas including California and the southwest. NRCS works with producers to provide innovative, field-based conservation technologies and approaches, leading to improvements like enhancing soil’s ability to hold water, evaluating irrigation water use and installing grazing systems that are more tolerant to drought.