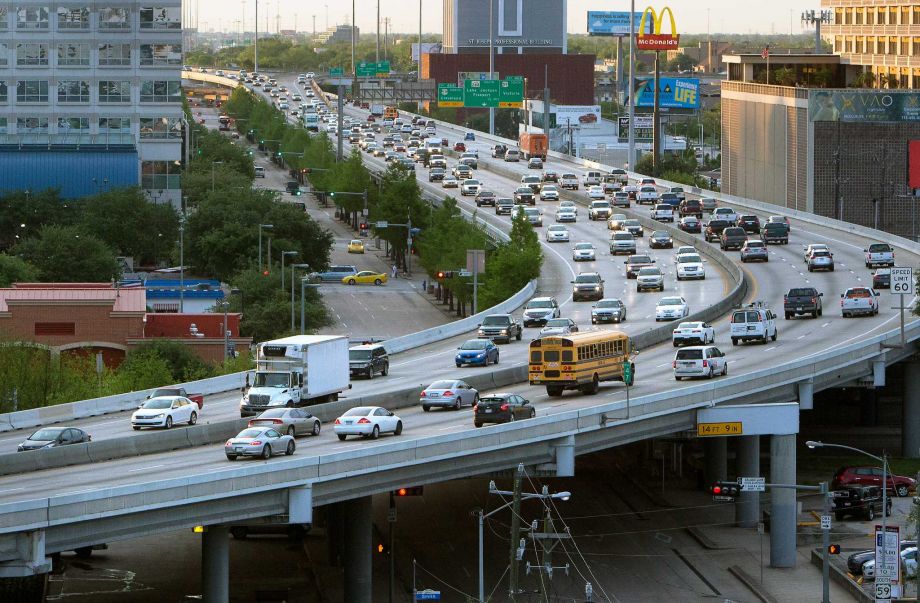 After many years of protests by citizen activists, the Texas Department of Transportation (TxDOT) has proposed a $6+ billion plan to redesign and bury a badly-planned urban highway that has severed and scarred downtown Houston for almost 70 years.

Moving the freeway means the segment of I-45 commonly called the Pierce Elevated will come down, eliminating what some consider a major barrier in downtown Houston. Opening up that space would create opportunities for new development, said City Councilman Ed Gonzales.

As Midtown and the central business district grow – especially with more residences – tying the neighborhoods closer together is made easier when barriers to walking and biking, such as the Pierce Elevated, are removed, Eury said. The same applies along the east side of downtown, he said, where TxDOT is designing I-45 and U.S. 59 as depressed freeways.

A High Line Park for Houston? There is, however, an argument for turning the Pierce into a biking and walking corridor. Two proposals posted online advocate turning the Pierce into an elevated pedestrian space, akin to what other cities have done with rail lines and overpasses. “It would be among the most distinctive recreation trails in the United States,” said Oscar Slotboom, author of a book on Houston’s freeways and their history.

A separate plan, called Pierce Skypark, keeps the elevated features but redesigns them into similar walking and biking trails, with many architectural features. Backers of the plan note the Pierce is three times larger than New York City’s popular High Line.