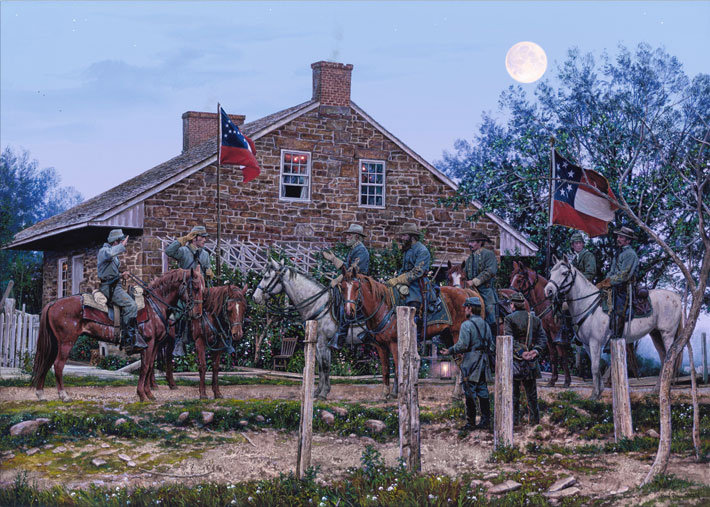 Over the decades, the stone house and grounds that served as Confederate Gen. Robert E. Lee‘s headquarters at Gettysburg sprouted a motel, restaurant and other modern structures that dismayed preservationists and Civil War buffs keen on historic authenticity.

Now, after a $6 million restoration that erased decades of development at the 4-acre site, the property looks much as it did in July 1863, when Lee suffered defeat in a bloody three-day battle that turned the tide of the war.

“If Robert E. Lee would ride up tomorrow, he would recognize his headquarters. And for over 100 years that wasn’t the case,” said James Lighthizer, president of Civil War Trust, the nonprofit that bought the house and grounds from private owners and completed the restoration.

The longtime occupant, a widow named Mary Thompson, is believed to have remained in the home during the battle, and lived there until her death in 1873.

Some of the heaviest fighting on the first day of the Battle of Gettysburg took place around the Thompson house. Federal soldiers who retreated from McPherson’s Ridge on July 1, 1863 fell back to a new position on Seminary Ridge. The Union line crossed the Thompson property and extended to the north and south. Union artillery under Lieut. James Stewart was placed in front of the Thompson House, supported by three regiments of Pennsylvanians.

A private from the 143rd Pennsylvania recalled that their regiment formed by the fence “at the old stone house.” Stewart’s artillery hit five regiments of Alfred Scales’ North Carolina Brigade, and with close range canister fire, repulsing the Tarheels for the first time in the brigade’s history, reducing one regiment from 180 men to only 30.