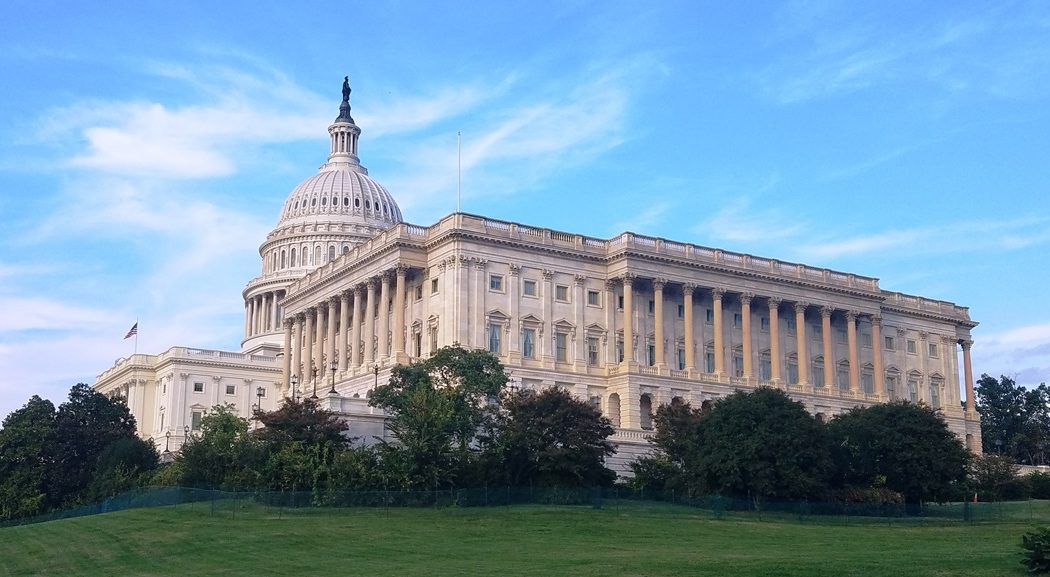 The U.S. Capitol Rotunda in Washington, DC is in the final phase of a major restoration that began in 2013.

The Architect of the Capital began installing floor and art protection in the Rotunda starting mid-July 2016.

Following the removal of the scaffolding, the final elements of the restoration will continue. AoC anticipate tours to the Rotunda will resume after Labor Day, 2016. 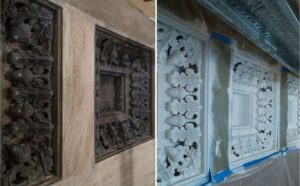 Before and after interior restoration

Because the Capitol Dome is predominately made of cast iron, exposure to rain, snow, sleet and sun causes damage to its exterior. Water infiltrates through pin holes in the Statue of Freedom, and through cracks and open joints throughout the exterior shell including: the tholos balustrade, the base of the cupola and the boilerplate balcony level. Leaks in the interstitial space promote the rusting of the ironwork and the failure of the protective paint coatings.

Exterior work for the Dome Restoration project includes repairing cracks and repainting the Capitol Dome. The focus of the interior Rotunda restoration work will be to remove hazardous materials (such as lead paint), restore ironwork, upgrade electrical and mechanical systems, install new lighting and repaint it to historically appropriate colors.

The Dome Restoration Project’s authorized budget for this phase of the project is $59.55 million. This includes the recent award for construction, as well as contingency costs and project support.

The majority of the work was done at night and on weekends to ensure minimal disruption to Congressional business, events and public tours. Dome tours were not offered while the restoration project was underway.

See FAQ page on the Architect of the Capitol website.