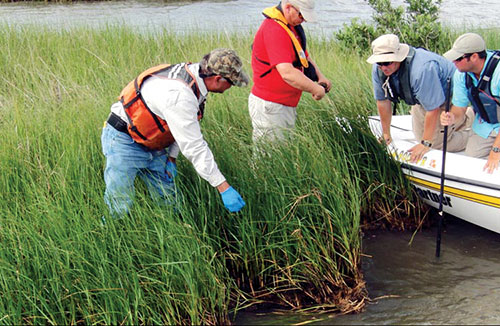 With the announcement that British Petroleum (BP) has reached an agreement with the federal government over damages caused to the Gulf of Mexico by the 2010 Deepwater Horizon oil spill, observers say the time line for significant coastal restoration projects will be accelerated.

But the same sources add that funds from the settlement won’t be available for at least one full year after the agreement is formally approved in court some time during 2016.

The U.S. Justice Dept. on July 2 announced that it had reached an agreement in principle with BP Exploration and Production Inc. to settle civil claims arising from the oil spill.

Attorney General Loretta Lynch said in a statement that the $18.7-billion proposed agreement would be the largest settlement with a single entity in U.S. history.

As a result of the proposed settlement, planning agencies in five Gulf states are preparing for a huge infusion of cash to pay for long-planned but as yet unfunded projects.

Jessie Ritter, policy specialist with the National Wildlife Federation’s Gulf Restoration program, says, “Until this point, things have been kind of hamstrung by the fact that states haven’t known how much money they would have for restoration until the settlement. The settlement provides really critical certainty that’s going to allow acceleration of the planning and restoration process.”