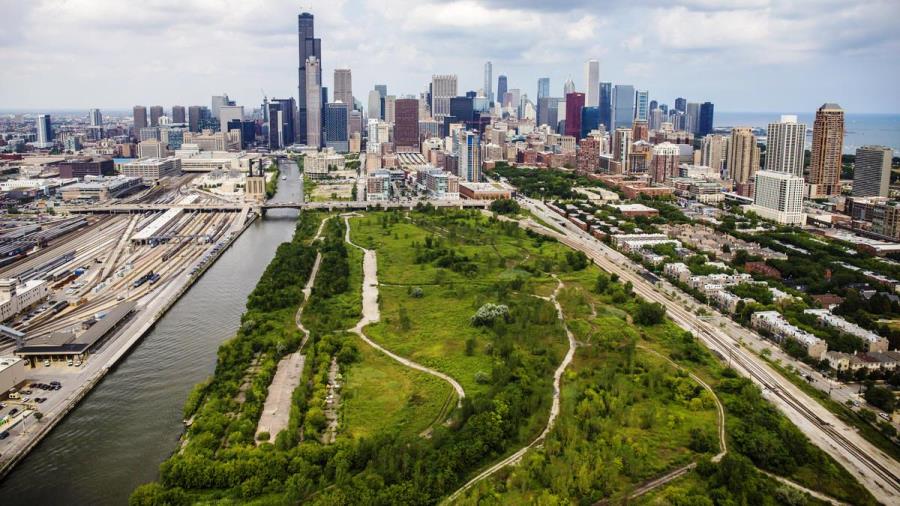 The last large undeveloped swath of green space in downtown Chicago, Illinois could finally be developed into a robust neighborhood linking the South Loop and Chinatown, thanks to a deal signed this week.

Related Midwest has taken part ownership of 62 acres southwest of Clark Street and Roosevelt Road, and will be the lead developer of a multibillion-dollar joint venture that promises to reshape Chicago’s skyline and fill what has been described as a “hole in the center of Chicago.”

The scale of the project, which could include thousands of homes, millions of square feet of office space and stores, is staggering. Though the site is currently a wilderness inaccessible by road and unserved by sewers or other city services, satellite images reveal it to be trumped only by Grant Park as an expanse of open downtown land.

Related Midwest president Curt Bailey said his company — Related is behind the $20 billion, 16-skyscraper, 14-acre Hudson Yards development in Manhattan and has completed a number of high-profile Chicago buildings — is “not in the habit of making small plans” and has the chops to see the project through.

If completed, the development has the potential to permanently alter the view of Chicago’s skyline from the south. It should strengthen Roosevelt Road as a shopping destination, improve access to the river and tie the South Loop to Chinatown, said planning and development commissioner David Reifman.