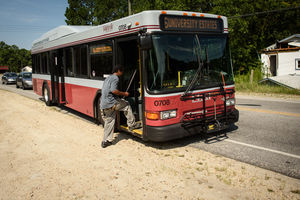 Note from Storm: I was stationed at Fort Bragg with the U.S. Army’s 7th Special Forces Group back in the early 70’s, and have fond memories of Fayetteville, North Carolina (then often referred to as “FayetteNam”).

The article below concerns a low-income neighborhood of Fayetteville called Shaw Heights, which is close to Fort Bragg. If any local leaders or residents would like a bit of free counseling to help resolve the situation described below, email me at storm@revitalization.org.

From the article: An ambitious plan to fill the Shaw Heights community with new military housing, a high school, library and city parks has stalled – the victim of money, shifting Army needs and local politics.

But three elected officials said this month they hope to revive a proposal to revitalize the low-income community of about 1,100 residents. The unincorporated Shaw Heights community sits on the northern end of Murchison Road, at Fort Bragg’s doorsteps.

The proposal to revitalize the community was first touted in 2013 and later nicknamed Project Domino, because so many dominoes had to fall into place to make it work.

Most of the discussions on the project were held behind closed doors. Last fall, a city consultant reported that one scenario – 533 military housing units, a high school, a recreation center, a library and new retail space – would create 146 permanent jobs and $11.1 million in annual economic output.

By last fall, however, talks had begun to fall apart. Several reasons are to blame.

At the time, the Cumberland County commissioners were squabbling over a Sanderson Farms chicken processing plant in an election year, and the City Council became mired in a vitriolic power struggle with its Public Works Commission.

Another obstacle was money. County Manager Amy Cannon said the county couldn’t afford the estimated $60 million cost to build a high school, which would replace E.E. Smith. And Fort Bragg said it now has no plans to expand its housing to areas off post in the face of troop cuts.

There are some personality conflicts, too. Fayetteville City Manager Ted Voorhees, who was among the first to propose the revitalization concept, ruffled feathers last year when he lobbied Congress for help to build a high school that also would serve the students living on Fort Bragg. According to people familiar with the issue, some county and school system officials didn’t like Voorhees treading on their turf.

Some involved in the negotiations said they are awaiting the results of the fall City Council elections to see if the leadership changes.

Voorhees, who arrived here in August 2012, said he saw an opportunity for urban redevelopment on a large scale when Fort Bragg officials were discussing the need to build more housing. Shaw Heights is close to city services and on a major gateway, Voorhees said.

“This seemed like a path that would lift up the whole community, and Shaw Heights needs help,” Voorhees said.