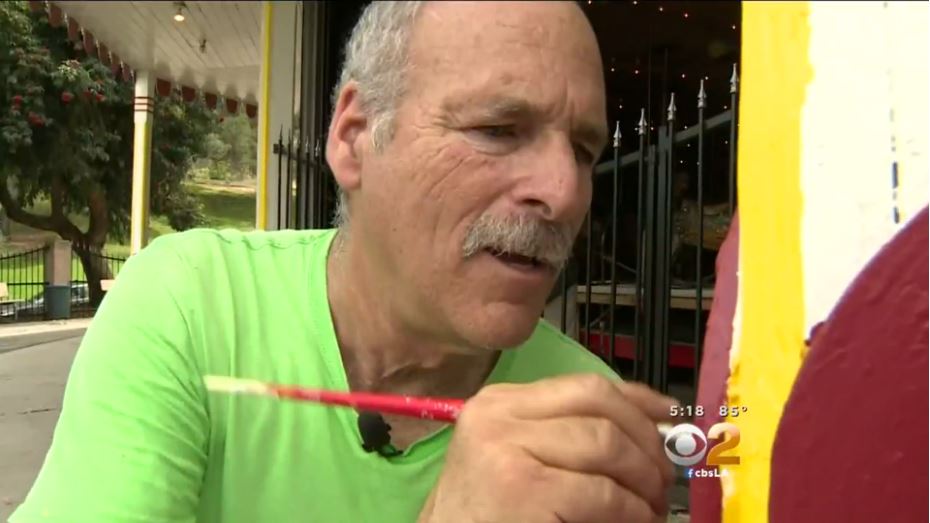 The historic merry-go-round at Griffith Park has fallen into disrepair but is now set to receive a facelift from a major admirer.

The carousel was even credited as an inspiration for Walt Disney, who used to take his children to the carousel, to build Disneyland.

65-year-old resident Jeff Brown says that when he lost his teaching job several years ago, he returned to the one place that had brought him a great deal of happiness.

However, when he returned, the state of the beloved carousel brought him to tears.

Sun damage, wind damage, rain and insect damage had all built up, over time, to reduce the once-vibrant carousel to decay.

At that moment, Brown took it upon himself to right what he considered to be a major wrong.

Single-handedly taking on the renovation task, Brown got to work, sanding and painting the carousel, hoping to bring it back to life.