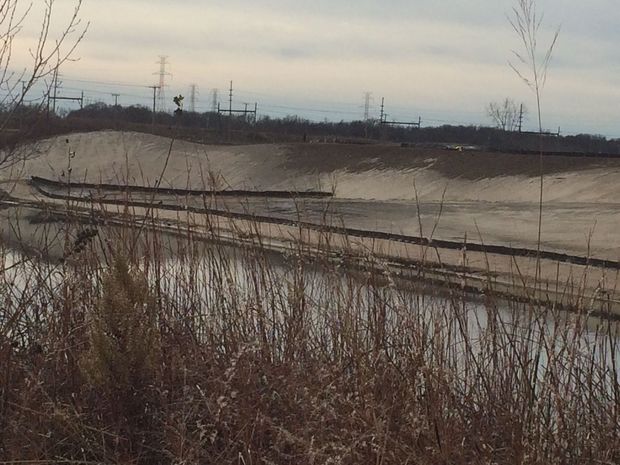 Gone is the big blue warehouse known as Warehouse 57 in Portage, Indiana. In its place is a small sand dune.

Seeing the area now, north of U.S. 12 along the banks of the Burns Waterway, visitors would have never guessed it was an industrial site just months ago.

And that’s how the city and U.S. Army Corps of Engineers want it to be.

The Lake Michigan Waterfront Portage Park project is aimed to restore 69 acres of industrial land back to its native habitat. The area is directly south of the Portage Lakefront and Riverwalk, along the Burns Waterway and a bit west to the site of the former U.S. Steel-owned warehouse.

Work began on the Army Corps’ restoration project on Feb. 23, with the selective clearing and removal of non-native and invasive woody species as well as the clearing of areas where dune creation would be taking place, said Kirston Buczak, project manager for the Army Corps.

“The goal was to eliminate invasive species and allow better light penetration to create conditions for a healthier native community. After almost four weeks of consistent work the invasive species were completely gone and stockpiled as woodchips to be recycled and put to other uses on site,” she said.

Once things warmed up and the plants began to grow, the focus switched to controlling the non-woody invasive species throughout the site.