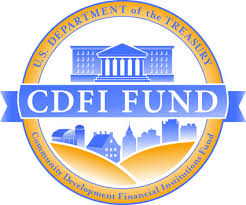 On November 17, 2016, the U.S. Department of the Treasury’s Community Development Financial Institutions Fund (CDFI Fund) announced the largest single round in the 16-year history of the New Markets Tax Credit Program was announced. Its goal is to spur economic, community development in nation’s distressed and low-income communities.

“The CDFI Fund programs, including the New Markets Tax Credit, address the needs and concerns of working Americans and help build an economy that delivers results that they can see,” said Treasury Secretary Jacob J. Lew. “By attracting private business and development to distressed communities, this tax credit spurs economic growth, creates jobs, and brings new services and opportunities where they are most needed.”

The 120 organizations awarded today are headquartered in 36 states, the District of Columbia, and Puerto Rico. The scope of this NMTC award round means that more communities across the nation will have access to investments for local jobs, community facilities, and safe and affordable housing. It is estimated that more than $1.4 billion in New Markets Tax Credit investments will be made in non-metropolitan counties. The number of minority-owned or controlled organizations receiving awards also nearly tripled from the previous award round.

“For the past 15 years, we have seen how the New Markets Tax Credit program improves the quality of life and economic prospects for low-income Americans,” said CDFI Fund Director Annie Donovan. “The historic $7 billion in tax credits awarded through the 2015-2016 round will support many more community projects and businesses nationwide.”

Today’s awards bring the total amount awarded through the New Markets Tax Credit Program to $50.5 billion. Historically, NMTC awards have generated $8 of private investment for every dollar invested by the federal government. Since 2001, NMTCs have generated more than $42 billion in investments in low-income communities and businesses, resulting in the creation or retention of more than 500,000 jobs, and the construction or rehabilitation of more than 164 million square feet of commercial real estate.

The New Markets Tax Credit Program, established by Congress in December 2000, permits individual and corporate taxpayers to receive a non-refundable tax credit against federal income taxes for making equity investments in vehicles known as Community Development Entities (CDEs). CDEs that receive the tax credit allocation authority under the program are domestic corporations or partnerships that provide loans, investments, or financial counseling in low-income urban and rural communities. The tax credit provided to the investor totals 39 percent of the cost of the investment and is claimed over a seven-year period. The CDEs in turn use the capital raised to make investments in low-income communities.