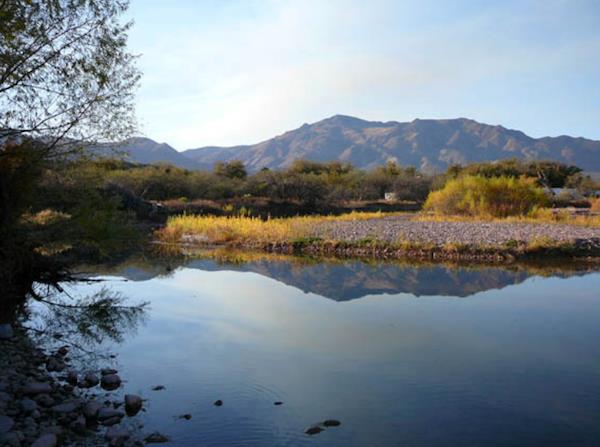 The funding has been awarded to 70 projects in 44 states.

“This $1 billion in BUILD grants will repair, rebuild, and revitalize transportation systems across America,” said Chao.

Fiscal Year 2020 BUILD Transportation grants are for planning and capital investments in surface transportation infrastructure and were awarded on a competitive basis for projects that will have a significant local or regional impact.

One of the funded projects was the Tonto Creek Bridge in Gila County, Arizona.

Tonto Basin, which is divided by the Tonto Creek, is a 1500-resident community in Gila County. When the Tonto Creek floods, it blocks residents from accessing schools, healthcare and amenities. In November, three children were killed after their family’s vehicle became stranded in the creek during a time of high water.

“Residents need a bridge over Tonto Creek for basic safety and quality of life needs,” Arizona Governor Doug Ducey said. “Since 1995 eight people have died while attempting to cross in their vehicles during high-water times; three children lost their lives while crossing in a vehicle the day after Thanksgiving less than two months ago.”

Governor Ducey explained that the Tonto Bridge renovation was an excellent candidate for BUILD funding, in that the project would benefit the Tonto Basin’s safety, quality of life and economic competitiveness.

To better address the needs of rural America, which has historically been neglected, the Department is awarding 50% of BUILD Transportation grant funding to projects located in rural areas that deliver positive benefits for these communities, consistent with the Department’s R.O.U.T.E.S. initiative.

For this round of BUILD Transportation grants, the maximum grant award is $25 million, and no more than $100 million can be awarded to a single state, as specified in the appropriations act.