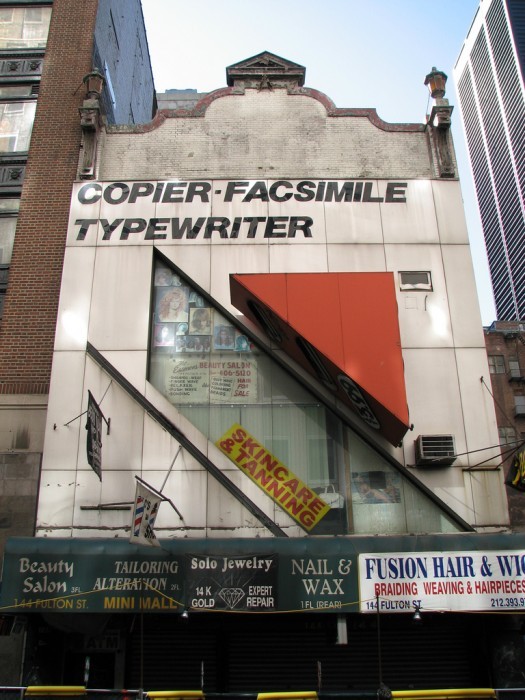 Note from Storm: This 2009 article describes plans for a $38 million revitalization of Fulton Street in Lower Manhattan, New York City. If any REVITALIZATION readers would care to update us on the success (if any) of this project, please do so in the Comments section at the bottom of this page.

From the article: Fulton Street in Manhattan’s Financial District is undergoing a $38 million multi-phased revitalization, intended to transform the street into the Fulton Street Corridor, the essential link between the World Trade Center site and the East River.

Improvements to Fulton Street include a replacement of the 150-year-old water main, renovated sidewalks and signs, and a sequence of small green spaces, a tiny emerald necklace strung across Lower Manhattan.

In the discussion of the revitalization project at the Center for Architecture’s November 20, 2009 event, the focus was on the $15 million Storefront and Façade Restoration Program. The storefront and façade restoration aspect of Fulton’s revitalization aims to highlight the diversity of architectural periods and styles of the buildings on Fulton Street that are now hidden by what O’Connor calls a “cacophony of signage.”

Neighborhoods grow and die, and in the case of Fulton Street, government monies are being forked over to ensure the former. To what end remains unclear. Ambitions to lower vacancy rates, emphasize architectural history, help the current tenants, exist as a promenade for tourists, or serve/attract residents were all mentioned. Time will tell if it is possible for each and all of these wishes to be realized.