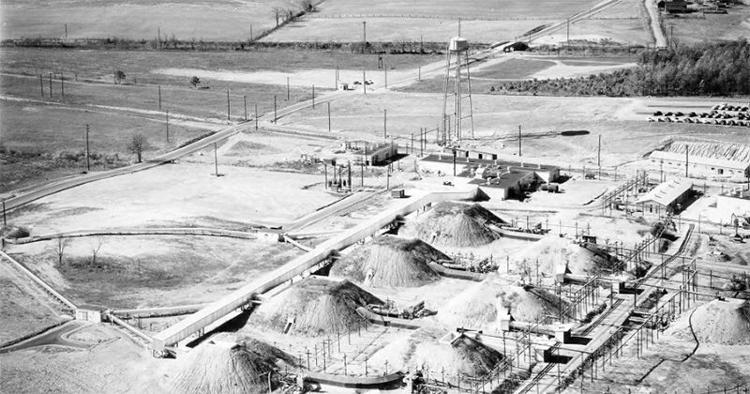 The proposed 100-megawatt generation facility would be the first utility-scale solar project in West Virginia. The project is based on a Payment of In Lieu of Taxes agreement between the Berkeley County Council and the Delaware-based Bedington Energy Facility LLC. That company is owned by Torch Clean Energy of Boulder, Colorado.

Jon Kilberg, president of Torch Clean Energy, said that the project will be one of the nation’s largest brownfield renewable energy projects.

“Torch is excited to be working with Berkeley County to develop the Bedington Energy Facility. The Project will repurpose a former explosives manufacturing site, and-with approximately $100 million invested-will be one of the nation’s largest brownfield renewable energy projects. The Project will be a beacon for leading companies that are seeking to purchase clean energy and open operations in Berkeley County and West Virginia,” Kilberg stated.

A 15-year PILOT program was approved on January 7, 2021 by the Berkeley County Council.

“We use the word ‘diversification’ pretty frequently and freely,” Hamilton said. “This is the epitome of how we can diversify what we’re doing here and how we can use a piece of property to its best advantage.”

The renewable energy development company plans to invest $100 million to build its facility on a federally-designated brownfield site that is “unsuitable for most commercial and industrial uses,” according to the proposed PILOT agreement and county officials.

In addition to the cheap and clean electricity, the project will bring in both local and state tax revenue with very little need for government services. Under a Payment in Lieu of Taxes Agreement entered into with the Company, Torch has agreed to make a significant yearly payment based on the number of megawatts of generating equipment installed at the site as well as an additional onetime payment to the Berkeley County Council for “quality of life” improvements, and Torch will install a 100 kilowatt solar array on a Berkeley County School at no cost to the Berkeley County Board of Education.

After the term of the PILOT, Torch will pay all property tax on the equipment going forward. Additionally, the company will pay local property taxes on the real estate, and generate state tax revenue through income taxes. The expected life of the solar panels is over 35 years.

The project is estimated to create 150 to 200 construction jobs during construction. By providing a source of clean, cheap, and reliable electricity, County officials are hopeful that the project will entice other companies to locate in Berkeley County. As more companies strive to lower their carbon footprint many companies are looking to purchase power directly from clean energy suppliers.

The company still is required to pay real estate taxes, but the PILOT exempts payment of personal property taxes over the period through ownership and lease agreements with the Berkeley County Development Authority as allowed by state law.

In exchange, Berkeley County would be paid $1850 per megawatt of production capacity over the period, and the company has voluntarily offered a $450,000 contribution to the county for “quality of life” initiatives, such as parks and public spaces, public safety and cultural and historical assets.

At no cost to the Berkeley County Board of Education, the company also has agreed to install a solar array at one or more public schools for a minimum of 100 kilowatts of capacity within two years of operating.

Sam Gulland, project manager with Torch Clean Energy, estimated the contribution to the school district would result in $15,000 to $20,000 annually in energy cost savings. The estimated cost of installing 100-kilowatts of capacity is between $150,000 and $300,000, Gulland said after leaving the county council meeting.

The company has estimated that the solar project could potentially generate more than $20 million in taxes, inject millions of dollars in local spending during construction and establish renewable energy infrastructure capable of attracting “major” technology companies, according to the proposed agreement.

Gulland told county council members that the project could be a lure for Fortune 500 companies, including manufacturers like Procter & Gamble Co., and tech businesses that have data centers.

Gulland noted the proximity to connecting to the power grid and the amount of acreage generally available as reasons for eyeing the property.

While Torch Clean Energy plans to lease a large portion of the property, Gulland noted land remains available there for potential commercial and industrial development.

Chemours Co. FC LLC is a company that DuPont created in 2015 to take over management of the industrial site along Dupont Road. Contaminants identified in the property’s soil and groundwater have included nitrates, volatile organic compounds and lead, according to the EPA.

Begun in 2008 as a renewable energy division of a Houston-based energy company, Torch Clean Energy split off as an independent developer focused on solar and energy storage in 2013.