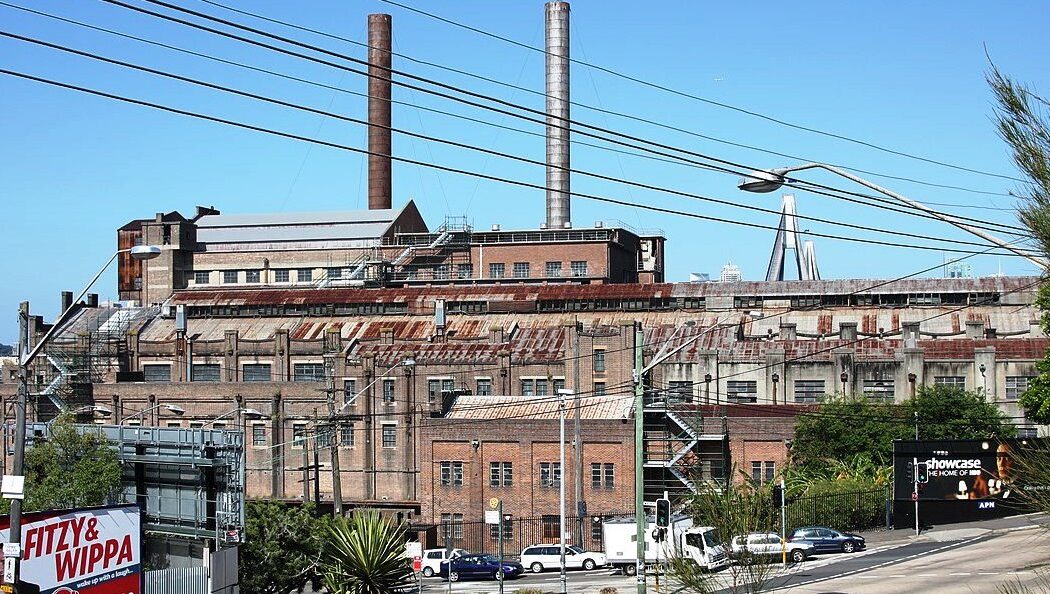 On March 22, 2021 in Australia, a plan to reinvent and revitalize a 9.4-acre section of derelict harbor property in Rozelle—a suburb of Sydney–was launched by the New South Wales (NSW) government. A repurposed, renewed and reconnected (the usually-successful 3Re strategy) historic White Bay Power Station would be the centerpiece. 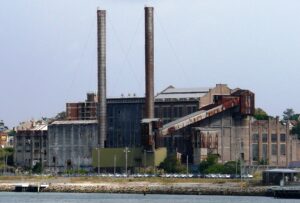 2009 photo of the White Bay Power Station is courtesy of CSIRO.

The coal-fired power plant—built between 1912 and 1917—has been inactive since 1984, and the site is now inaccessible to the general public. It was added to the New South Wales State Heritage Register on April 2, 1999.

In 2015, Google expressed an interest in reusing the site, but withdrew after determining that the site had insufficient access to public transit. The new draft strategy remedies that deficiency with a new Metro station.

Minister for Planning and Public Spaces Rob Stokes said the draft Bays West Place Strategy aims to harness Sydney’s stunning “blue infrastructure” in the creation of a mixed-use precinct in the heart of the Eastern Harbour City. 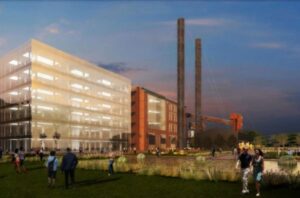 One artist’s impression of what the renovated power station might look like. Rendering courtesy of the government of NSW.

“Bays West is so central and historically significant to Sydney that it is time to revitalise the area and make it a desirable place for people to live, work and visit,” Stokes said. “We have the chance to explore so many possibilities for this incredible location, such as extending the Sydney Harbour foreshore walk, creating a great new public space and repurposing the White Bay Power Station.”

“With the vision of this strategy we can unlock the potential of this area as part of the innovation corridor, drawing new business and entertainment and cultural opportunities. We are very committed to renewal of Bay West – the fact the Government is putting a Metro station there demonstrates this,” he added. 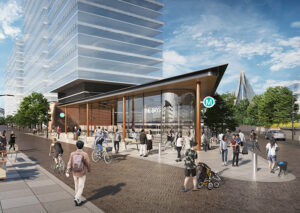 Rendering of Bays West mixed use redevelopment is courtesy of the government of NSW.

“As with all of our strategic plans, there will be thorough community and industry consultation as part of the process,” Stokes said.

“This is a huge area – three and a half times the size of Barangaroo – so we are keen to listen to what people think of the plan and get feedback about how we can make Bays West even better,” he concluded.

The NSW government has allocated $14 million for the first phase of the restoration, which involves the structural integrity and remediation of the site’s contamination. That work will begin this year.

Placemaking NSW Chief Executive Anita Mitchell said the building required urgent maintenance as the first of three stages expected to be completed in 2024.

“The initial scoping we did last month will establish what works are needed to restore the site to a state that preserves the building and makes it safe for access,” Mitchell said.

Featured 2013 photo of White Bay Power Station is by Adam J.W.C. via Wikipedia.

Learn more about the plan.