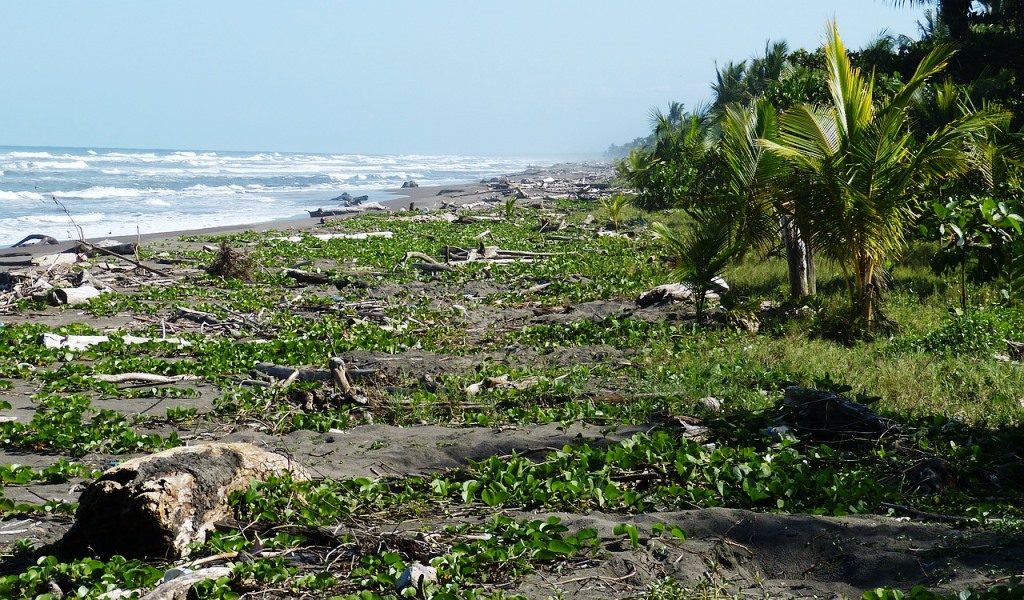 The Central American nation of Costa Rica recently announced its commitment to restore and protect coastal wetlands—including 22,000 hectares (55,000 acres) of the country’s mangroves—as part of its updated nationally determined contribution (NDC) to the Paris Agreement.

Coastal wetlands, including mangrove forests, are some of the most important ecosystems on the planet. Not only are mangrove forests rich in biodiversity, but they serve as natural buffers to storms and flooding. They also help mitigate climate change by storing an estimated three to five times more carbon in their soil per acre than other tropical forests.

This interview with two Costa Rican coastal wetlands experts, to mark International Day for the Conservation of the Mangrove Ecosystem on July 26, has been edited for clarity and length. 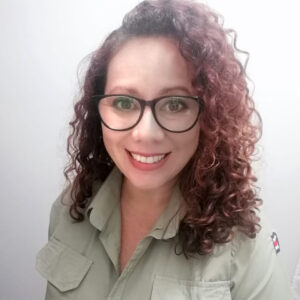 Jaclyn Rivera Wong’s current duties include serving as Costa Rica’s national coordinator for the fulfillment of the strategic plan of the Ramsar Convention, a global treaty for the conservation of wetlands. 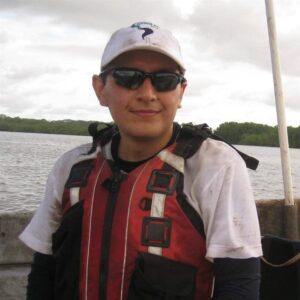 He is a lead author of the recently released Intergovernmental Panel on Climate Change’s Special Report on the Ocean and the Cryosphere in a Changing Climate, as well as over 60 scientific publications.

Cifuentes-Jara is a member of the International Blue Carbon Initiative Science Working Group and regularly offers technical support to governments across Latin America for developing and implementing climate action responses through sustainable landscapes.

Why did you choose a career working on wetland conservation and management?

Rivera Wong: The work involved in the conservation and wise use of wetlands is a never-ending challenge, and the dynamic nature of this work fulfills my desire to always have an adventure to solve a problem. Also, when I leave the office, coastal wetlands are such incredible and inspiring places to visit that I often forget that I’m actually working.

What about you, Dr. Cifuentes-Jara? You’re a forestry engineer by training.

Cifuentes-Jara: Costa Rica didn’t have a natural resources undergraduate program when I went to college; the closest I could find was forest engineering. After graduating, when I was working as a research assistant, I heard about climate change science for the first time; later, when an environmental sciences/ecology Ph.D. position opened up at Oregon State University to do research on carbon sequestration in tropical forests, I jumped right in.

The breadth of knowledge required of an environmental scientist working on climate issues has opened many doors for me, from field ecology to policy work, and from local to global issues. When I heard about blue carbon and mangroves, I was transported back to my childhood in the Galápagos Islands; I played in the mangroves down the road from my home all the time, so working in them is a very familiar feeling.

Can you explain why mangrove ecosystems are important to help meet the challenges posed by climate change?

Cifuentes-Jara: The mitigation and adaptation benefits mangroves provide are so closely linked that they cannot be separated. They store up to five times more carbon than terrestrial ecosystems; they’re thriving with biodiversity—birds, mammals, fish, crustaceans, etc.; they serve as nursing grounds for many species, including important commercial fisheries in addition to highly endangered species such as tigers and hammerhead sharks; they provide food and sustenance for millions of people around the globe; they protect our coasts from erosion; they filter out contaminants; they buffer flooding events; and they protect us from storm surges and other extreme events.

It’s mind boggling to think how all these ecosystem services are provided in such a restricted area at the coastal-marine fringe.

What are some key research areas related to the benefits mangroves provide in addressing climate change?

Cifuentes-Jara: Because mangroves around the globe were overlooked for so long—and, thus, destroyed so extensively—the science and practice of ecological restoration of mangroves is relatively new for us. I’d like to increase our research focus on how mangroves recover from land use change and from increased impacts from stronger and more frequent extreme events caused by climate change. We can expect that different ecosystem components and functions recover at different rates but the mechanisms behind these recovery rates are yet to be fully documented and understood under a variety of conditions and previous disturbances.

Mangroves’ capacity to remove carbon dioxide from the atmosphere and store it within their soils makes them a powerful “nature-based solution” to climate change. So, understanding the carbon dioxide dynamics within mangroves is also a key research topic. Finally, the larger-scale connections and mechanisms that determine the stability and resilience of mangroves as an element of a larger ocean-land interface (from coral reefs to the upper watershed areas) are yet to be fully explored.

Why has Costa Rica moved to protect and restore its mangroves and what steps have been taken?

Rivera Wong: Costa Rica has a long history as a regional leader in policies and tools that support the conservation of all ecosystems, and mangroves are no exception.

How do you think the nationally determined contribution, or NDC, will support your existing work within the National System for Conservation Areas and as the lead of the National Wetlands Program?

Rivera Wong: The NDC provides a national level framework to strengthen Costa Rica’s climate actions across all sectors, including unifying, elevating, and expanding on mangrove conservation actions already developed at the regional or local planning levels. It will also contribute to the country’s commitments to the Ramsar Convention, which the national wetlands program has the task of monitoring.

How does the nationally determined contribution (NDC) help to advance Costa Rica’s efforts to improve conservation and management of its mangrove forests?

Cifuentes-Jara: Right now, NDCs are the topmost policy instruments under the United Nations Framework Convention on Climate Change; in contrast with previous Convention tools, NDC targets are binding and cannot be removed. Having specific goals and timelines within Costa Rica’s NDC serves as a roadmap for us to work on the different components (legal, institutional, scientific, community-based) related to the conservation, sustainable management, and restoration of mangroves. It also clarifies the multiple actors involved in meeting those targets, including the national and local governments, NGOs, academia, the private sector, and local communities.

I also think that our NDC reminds us that working with mangroves as nature-based solutions will only be possible when communities are fully engaged and can directly benefit from conserving, restoring, and managing their nearby mangrove forests.

Rivera Wong: Costa Rica’s contribution is focused on the protection and conservation of the oceans and coastal zones, recognizing their value in mitigation, their contributions in adaptation to climate change, and the fundamental role they play in the life and well-being of many people and communities in the country. The NDC includes wetland restoration based on scientific knowledge and prioritizes new mangrove restoration projects and corresponding financial support for the first time. Not only does the NDC kick-start action regarding wetlands-related tasks that have not yet been completed in the country, but it also highlights blue carbon on the national agenda through an international commitment.

What are some key points that you can share for other countries looking to include mangroves in their greenhouse gas inventory and other climate policies?

Rivera Wong: I recommend building the scientific baseline and collecting information related to mangrove conservation and greenhouse gas measurement. Through this data collection exercise, the institutional actors who must undertake specific actions in order to include mangroves into the greenhouse gas inventory can be identified. This exercise helps to disaggregate the workload and build efficiency.

Cifuentes-Jara: I think of blue carbon work as puzzle pieces that need to be put in place correctly and in the right sequence. I’ve worked across Central America, South America, and in the Dominican Republic for almost a decade now, promoting key sequential actions and building momentum up to the point where a handful of countries where I’ve worked include mangroves as part of their NDCs.

I’m a firm believer in science-based decision-making, which has worked splendidly, providing solid information that governments and their institutions can use directly to fulfill their international reporting obligations. I’m also a firm believer in sharing knowledge and promoting capacity building.

Finally, as an international technical assistance provider, it’s my responsibility to ensure that countries have the best available knowledge, and the right tools and resources, at their disposal so their jobs can be done more easily.

Featured photo of damaged Pacific coast of Costa Rica by falco from Pixabay.