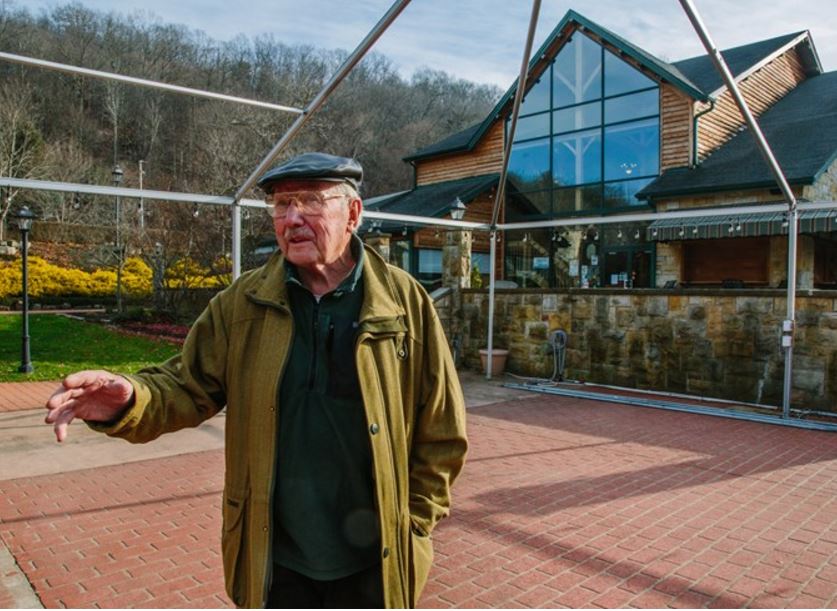 Retired orthopedic surgeon Arthur Steffee has become a one-man community redevelopment machine since returning to the small town of Foxburg, Pennsylvania, about 10 years ago.

Foxburg has no traffic lights, no industry, no Starbucks.

What this Clarion County community does have is a grandfatherly doctor who has become a one-man community redevelopment machine. Arthur Steffee’s vision: Capitalize on Foxburg’s scenic views of the Allegheny River to create a destination for tourists and lift the region’s economy.

The effort may be getting traction. “The only way you can survive is to utilize the beauty of the place,” the 81-year-old Dr. Steffee said. “This little town has an enormous future.”

Foxburg, which is about 90 miles from Pittsburgh in the northwest section of Clarion County, traces its roots to the early 1800s, not long before the original oil boom that transformed Western Pennsylvania into clusters of derricks. The borough was incorporated in 1930 and the town was eventually served by two railroads as its population swelled to 1,000.

Foxburg’s fortunes waned as the lumber, oil and gas operations played out. The population today is fewer than 200.

What remained were spectacular views of the river, masked by dereliction of the town. When Dr. Steffee, a native of Oil City in Venango County, returned to the area in 1998 after a career as an orthopedic surgeon in Cleveland, the half-square-mile borough of Foxburg was looking tattered.

“Just a big mud hole,” Dr. Steffee said. “Downtown was just one little restaurant. Everything else was either a dump or closed. The riverfront was totally a mess.”