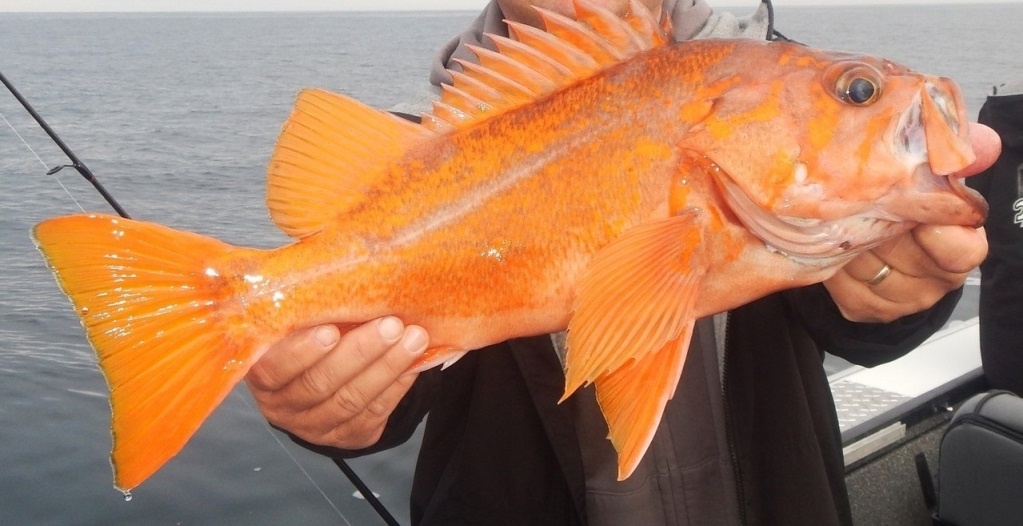 The Pacific Fishery Management Council, which manages commercial and recreational ocean fisheries on the West Coast, was one of two dozen international management and research entities collaborating on this study.

The study was led by Michael Melnychuk, research scientist at the School of Aquatic and Fishery Sciences at the University of Washington. Management practices and outcomes adopted by the Pacific Council to rebuild West Coast groundfish stocks contributed to the study.

“Rebuilding these overfished stocks was a painful process for West Coast fishermen,” said Pacific Council Executive Director Chuck Tracy. “This study shows that their short-term sacrifices paid off in the long run, leading to more sustainable fisheries for future generations.”

“Rebuilding these stocks required collaboration between a lot of different people, from fishermen to scientists to environmentalists,” said Pacific Council Chair Marc Gorelnik. “It was a tough process, but in rebuilding these stocks, we also built long-lasting, valuable relationships. Responsible fisheries management requires sacrifices, but it pays off. This is a really hopeful story.”

Nine of ten West Coast groundfish stocks have successfully rebuilt since the stocks were declared overfished or depleted in 1999. Most recently, the stock of cowcod south of 40°10’ N lat. was declared rebuilt in 2019, decades ahead of the expected date. Only one stock, yelloweye rockfish, is under a rebuilding plan, and yelloweye are rebuilding faster than expected, according to the 2017 rebuilding analysis.

According to Melnychuk, the study confirmed what many researchers already expected.

“In general, we found that more management attention devoted to fisheries is leading to better outcomes for fish and shellfish populations,” he said. “While this wasn’t surprising, the novelty of this work was in assembling the data required and then using statistical tools to demonstrate what everyone has always taken for granted to be true.”

The research team used an international database that is the go-to scientific resource on the status of more than 600 individual fish populations, or stocks. They chose to analyze 288 stocks that generally are of value economically and represent a diversity of species and regions. They then looked over time at each fish population’s health and management practices and were able to draw these conclusions: 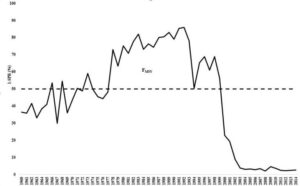 Figure 1. The effective harvest rate (spawning per recruit [SPR] at the current population level relative to that at the stock’s unfished condition) of canary rockfish relative to the current target harvest rate estimated to achieve maximum sustainable yield, 1960-2014. One minus SPR is plotted so that higher exploitation rates occur on the upper portion of the y-axis.

The study builds on previous work that found, by using the same database, that nearly half of the fish caught worldwide are from stocks that are scientifically monitored and, on average, are increasing in abundance.

The new paper takes a closer look at specific management actions and how they have impacted fishing pressure and the abundance of each stock examined, Melnychuk explained.

The international research team looked at a spectrum of fish stocks, such as hakes in South Africa and Europe, orange roughy in New Zealand, tuna species on the high seas, anchovies in South America and scallops off the Atlantic coast of North America.

Most of the stocks they examined had a history of being depleted at some point, usually due to historical overfishing.

On the West Coast, for example, a Pacific Council rebuilding plan for canary rockfish specifying very low annual catch limits was put in place in 2000.

In order to reduce fishing pressure on canary rockfish, the Council prohibited or limited fishermen’s ability to retain groundfish, required gear modifications, and created Rockfish Conservation Areas that stretched the length of the entire West Coast. In these areas, fishing at certain depths and using certain gear types was prohibited.

The Council also made constant adjustments to management measures to manage the catch of canary rockfish. These actions significantly reduced the harvest rate of canary rockfish (Figure 1), leading to a full recovery of the stock by 2015, which was decades ahead of the original rebuilding target. 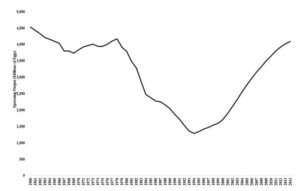 Currently, the canary rockfish stock is estimated to be as large as it was in the 1960s when the stock was lightly exploited (Figure 2).

The University of Washington study omits fisheries that lack scientific estimates of stock status, even though these account for a large amount of the world’s catch, including most fish stocks in South Asia and Southeast Asia.

This research was funded by The Nature Conservancy, The Wildlife Conservation Society, the Walton Family Foundation, and a consortium of Seattle fishing companies.

The Pacific Fishery Management Council is one of eight regional fishery management councils established by the Magnuson Fishery Conservation and Management Act of 1976 for the purpose of managing fisheries 3-200 miles offshore of the United States of America coastline. The Pacific Council recommends management measures for fisheries off the coasts of California, Oregon, and Washington.

See the full paper presenting the University of Washington study.