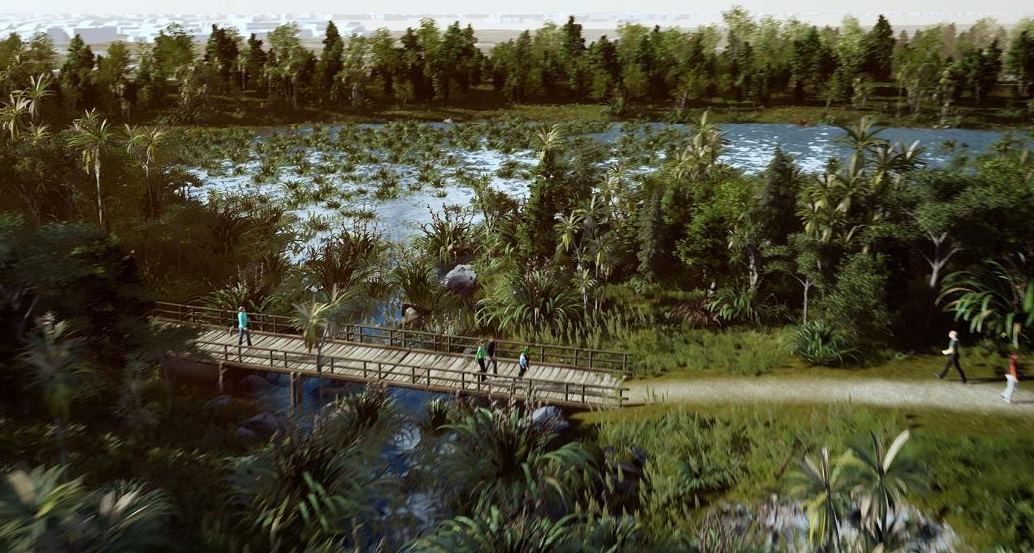 On September 7, 2018 in New Zealand, Regenerate Christchurch published the results of independent research by Nielsen, a leading global information and measurement company.

It revealed an overwhelmingly positive response to the refined shortlist of land uses for the Ōtākaro Avon River Corridor Regeneration Area that was presented during a recent exhibition and public engagement. 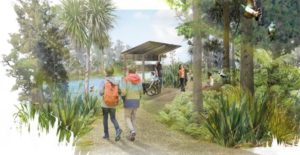 The report summarizes the results of exhibition feedback, and a representative survey which shows that 89 percent of Greater Christchurch residents are positive about the land uses, with 91 percent rating the 11-kilometre “Green Spine” positively.

The Green Spine is proposed to be the central corridor, up to 150 meters wide on each side of the Ōtākaro Avon River, connecting the city to New Brighton. It will incorporate walking paths, nature trails, cycle ways, community spaces such as playgrounds, picnic spots, barbecue areas, coffee stops, large areas of ecological restoration, wetlands to improve stormwater management, and will support better access to the river.

Restoring the Avon River Red Zone will cost about $800 million over the next 30 years. This will mostly by publicly funded, but the revitalized area is expected to generate billions in economic growth. The $800 million cost primarily comprises infrastructure renewal, and breaks down thus:

The elements that surveyed respondents were unsure about or did not like were commercial activities (10 percent), the inclusion of housing (9 percent), excessive motorised noise (6 percent), absence of a flatwater facility (6 percent), a gondola (5 percent), cost (5 percent) and negative impacts on current wildlife and plants (5 percent). 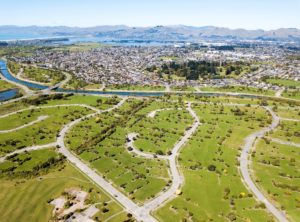 Chief Executive Ivan Iafeta says the findings of the representative survey and feedback on the Red Zone Futures exhibition, which ran from 26 May to 30 June, will inform the development of the draft regeneration plan for the Ōtākaro Avon River Corridor.

The views of the Christchurch City Council, Environment Canterbury, Ōtākaro Ltd, the Department of the Prime Minister and Cabinet (DPMC) and Te Rūnanga o Ngāi Tahu will also inform development of the draft plan before it is publicly notified.

Regenerate Christchurch is responsible for leading the regeneration of the city of Christchurch. This involves engaging with communities, iwi and local businesses to drive regeneration, including in the Ōtākaro Avon River Corridor (which contains the former residential red zone). 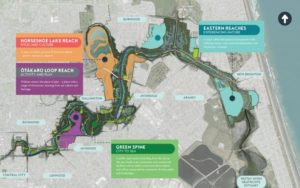 The Ōtākaro Avon River Corridor is around 600 hectares which is more than three times the size of Hagley Park. There are many ways in which this area could be used.

Regenerate Christchurch has been working through a rigorous process to identify which of those ways best meet the vision, objectives and criteria used to assess land uses that have all been developed for the area. In 2017, Regenerate Christchurch went through a research, visioning and design phase before reducing the 10 possible combinations of land uses into a refined shortlist that includes a Green Spine running the length of the Ōtākaro Avon River from the city to the sea, and three distinct areas or ‘reaches’.

During May and June 2018, the public was able to provide feedback on this shortlist before the draft regeneration plan is finalized and provided to the Minister for Greater Christchurch Regeneration for consideration.

All images courtesy of Regenerate Christchurch.