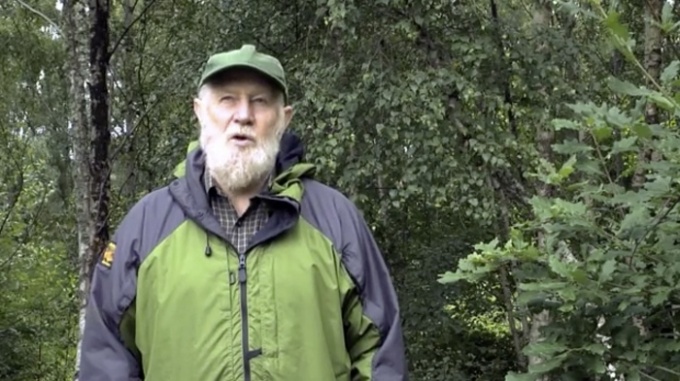 In 2010, as a student completing her MA in Broadcast Journalism, George Tomlinson made a film about rewilding in Scotland. She interviewed some of the early pioneers of more radical conservation in Scotland such as Alan Watson Featherstone, Roy Dennis and the late Dick Balharry (pictured above), as well as some of those working the land who worry about changing land use and bringing back missing species.

We spoke to George about making the film and what rewilding means to her:

I think rewilding is essential. Since making the film I’ve had two children and rewilding needs to happen for theirs and their grandchildren’s sake. We’ve lost so much over the last hundred years alone. If we don’t act now we’ll deny future generations the opportunity to enjoy vibrant wild spaces.

As many of my film’s contributors say – it’s all about balance. We need to reconnect with nature and stop treating it as a second-class citizen. But as Alan Watson-Featherstone says, we can’t turn back the clock. We can only restart it. We can’t ignore the fact the population and the towns and cities have grown, and continue to grow. We need to work with nature now, not against it. Help it reclaim and thrive once more in the space that’s left.

There’s a danger with rewilding that people focus too much on the ‘sexy predators’ – the lynx, the wolves, the bears. It makes for great headlines, but rewilding is much more than that. In every corner of the country there’s something that can be done to help rewild Britain.

When you’re passionate about nature it’s easy to forget that not everyone knows (or even cares) about the diversity of British wildlife – past or present.

One of the biggest challenges in rewilding Britain is getting people to care. Engaging those who don’t know a house sparrow from a house martin. Inspiring those who don’t get the chance to explore outside their towns or cities. Igniting an interest in the next generation and reigniting the connection between people and wildlife.