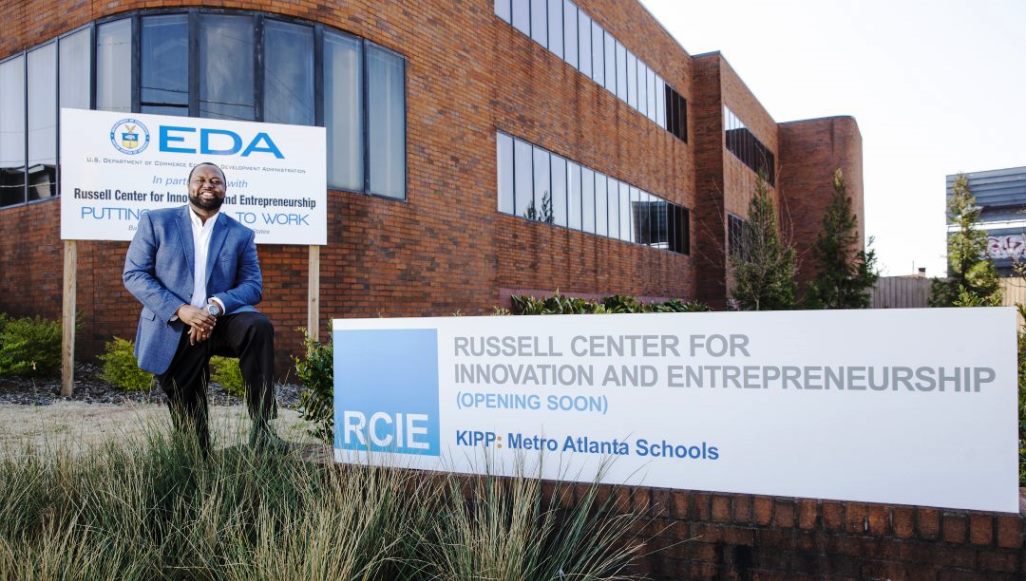 Founded by the late Herman J. Russell, an Atlanta, Georgia entrepreneur and philanthropist, H.J. Russell & Company is the largest minority-owned real estate and construction company in the United States.

Today, H.J. Russell and its subsidiaries employ more than 2000 workers in 10 cities across the United States. 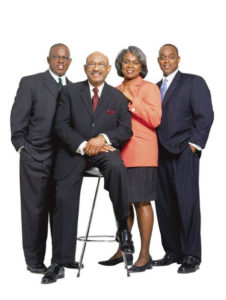 Honoring the great legacy and visionary business leadership of company founder Herman J. Russell, The Russell Center for Innovation and Entrepreneurship (RCIE) is the largest center in the country that’s driven by community impact and devoted to empowering African American entrepreneurs and small business owners.

After their father’s passing in 2014, Herman’s three children embarked on converting the H.J. Russell & Company’s old headquarters building into RCIE, changing the narrative by telling the untold and under-told stories of African American entrepreneurs and business leaders of past and present, while offering access to place and space, resources, networks, mentorship, technical assistance, and education.

In 2017, the U.S. Economic Development Administration (EDA)—a bureau within the Department of Commerce—invested $3 million to fund the design and renovation of the existing 40,000 square-foot, three-story headquarters building.

In 2019, EDA made an additional nearly $1.2 million award to expand the Center.

In the heart of one of Atlanta’s 26 Opportunity Zones—a program designed to spur economic development in economically-distressed communities nationwide—RCIE houses affordable coworking, convening, meeting and makerspace. 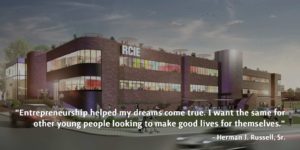 In total, the new facility provides space for over 100 emerging entrepreneurial companies that can diversify and grow Atlanta’s economy.

Expected to open this spring, the Russell Center already has commitments from entrepreneurs sufficient to occupy 100 percent of the expanded incubator’s capacity.

The Russell Center, along with its Opportunity Zone designation, will play an enormous role in the revitalization of a historically significant and economically-distressed part of Atlanta.

See The Russell Center for Innovation and Entrepreneurship website.