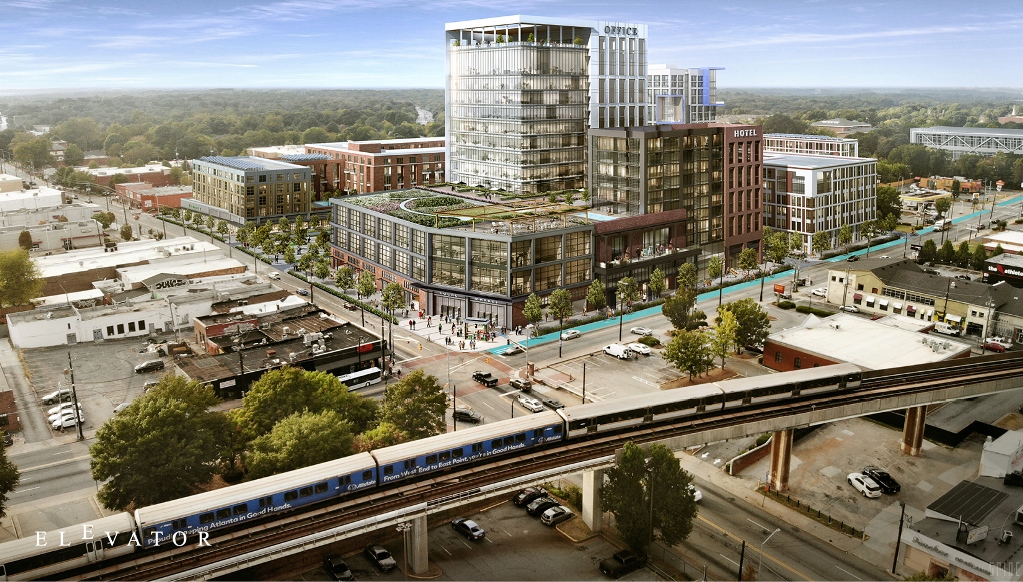 On January 21, 2020 in Atlanta, Georgia, a locally-based firm called Elevator City Partners (ECP) announced a major revitalization project in Atlanta’s historic West End neighborhood. Predevelopment funding from the city of Atlanta, along with months of stakeholder engagement with the West End community and multiple partners have helped make this redevelopment investment-ready.

The firm released new renderings of the project, a $400 million, multi-year, multi-phase redevelopment of the West End Mall that will transform the site into a walkable, mixed-use, transit-oriented development with retail, cultural, office, residential and public green spaces. 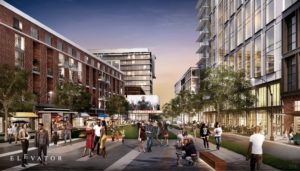 “The West End Mall Redevelopment Project is an example of everything a federal opportunity zone should be,” says Von. “Developers, city leaders, investors and communities across the country are trying to figure out how to make opportunity zones impactful. A growing number are looking at ways to get a financial return and they want to make a difference. The redevelopment of the West End Mall is poised to be a national example of how to do just that.”

The city of Atlanta provided a $2 million predevelopment loan to secure the site, perform due-diligence work, begin preliminary designs with Gensler, and conduct feasibility studies with Alexander Babbage and Noell Consulting Group. The loan comes with affordable housing set-asides for any future housing on the site.

“Invest Atlanta works closely with developers, neighborhood residents, local businesses, philanthropies and others to foster equitable investment in the Southside that benefits the community,” says Dr. Eloisa Klementich, president and CEO, Invest Atlanta. “Large-scale, mixed-use projects like the redevelopment of West End Mall are part of this strategy, providing the community access to jobs and affordable housing.”

ECP has spent the past year working with city council, engaging community leaders and the public, and developing a preliminary site master plan and design. 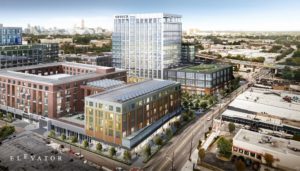 “We have taken a unique approach to gaining support in an opportunity zone,” says Gravel. “Rarely in the opportunity zone sector do you have a supportive community, an engaged local government and the attention of national investors. But our vision for West End has successfully secured support and interest from all three. We did this by prioritizing community engagement, bringing leaders to the table early on, and pitching strategic investors first to become anchors in the deal.”

With support from the community and adjacent HBCUs—Spelman, Morehouse, Clark Atlanta University and Morehouse School of Medicine—ECP has brought together a unique mix of public and private investors, all of whom are interested in the social impact of the redevelopment project in addition to their bottom line. The project has attracted the interest of large banks, family offices and foundations. One family office has brought a national hotel developer to the project.

“As an opportunity zone, the West End Mall was prime real estate for somebody from the outside to purchase and redevelop,” says Gravel. “But with ECP, the project is being led by people with a special interest in and connection to the proud history, culture and community of West End.”

ECP’s founders are connected to the community. Von grew up in West End, and his mother still lives in the neighborhood. Gravel’s original idea for the Atlanta BeltLine was to support equitable outcomes for communities facing change, and that vision was embraced by engaged citizens all over the city, including West End.

“One goal for this project is to support and create new business opportunities in the West End’s predominantly African American community by attracting global companies seeking a diverse workforce,” added Gravel. “The redeveloped property will become a technology and media hub, attracting Silicon Valley partners as well as entertainment companies that produce television and film in metro Atlanta. It will be a beacon of diverse, freshly graduated talent for global companies that are seeking a diverse workforce.”

Gensler, a major design firm, has joined ECP to help bring this unique project to life. “Our firm is dedicated to shaping the future of cities, and we are excited to be working with this team to elevate our city and its rich history,” says Tory Winn, Co-Managing Director, Gensler Atlanta. “By providing diverse programming and space types for a variety of tenants and users, this development can create a hub for creativity, social interaction and economic innovation in the West End.”

Gravel and Gensler developed a master plan for the site. “We designed the site to meet today’s market,” says Gravel. “It needs to be a vibrant, walkable, transit-oriented, mixed-use district with public space and public art. And we also want to make sure the community’s history, culture, people and businesses are represented in every aspect of the project. That way, the future West End will still be West End.”

ECP brought Alexander Babbage, a full-service analytics and insights firm that uses geo-fencing and data mining, to the project to uncover the mall’s current market share and market potential. ECP also collaborated with Noell Consulting Group, to complete a leasing/merchandising supply and demand study. The results of these feasibility studies provided a competitive landscape to understand what is possible for the redevelopment.

“By leveraging mobile data insights, Alexander Babbage quantified that today, the West End Mall and vicinity serve a population of some 1.1 million Atlanta residents,” says Alan McKeon, CEO of Alexander Babbage. “This is an exceptionally strong base upon which to build, and positions West End Atlanta to successfully compete in the thriving Atlanta market.”

According to Alexander Babbage’s study, the mall primarily draws a young (57 percent younger than age 45), middle class (average income of $67,000) visitor who lives within eight miles of the West End Mall and who does not have children living at home (30 percent with children). The district also draws well from the upper-middle and upper-class incomes in the local area, with 27 percent of shopper household incomes in the $100,000 or higher range and 34 percent having a four-year or advanced college degree.

ECP is conscious of the district’s existing businesses and are committed to helping those who want to stay. “If it’s the right thing for the community, it’s good for business,” says Von. “Ten years from now, when the mall is redeveloped, local businesses will still fill the district. This will allow business owners to grow generational wealth for their families, and it will differentiate West End in the marketplace.”

“The mall is one of the best redevelopment sites in America,” says the mall’s current owner Chuck Taylor of HT Group, whose father built the original building in 1970. Taylor serves as the vice chair of the West End CID. “Elevator City Partners has built a model for how to do it the right way and protect and serve the community. This is an opportunity to do something visionary.”

By bringing together leaders and investors who care about the improvement of the neighborhood, the future West End Retail District is poised to be a national example of how developers, communities and investors can work together to maximize the potential impact of opportunity zones.

All renderings courtesy of Gensler.