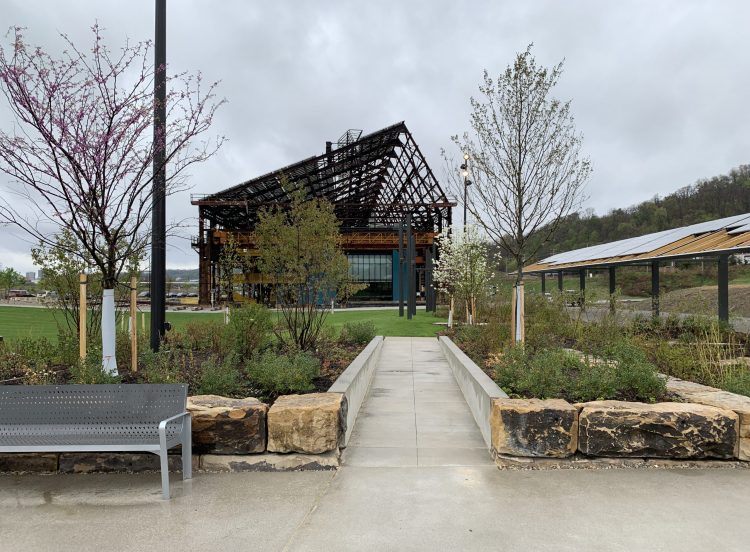 Long-time readers of REVITALIZATION know that we’ve been following the progress of the leading-edge Hazelwood Green redevelopment project in Pittsburgh, Pennsylvania. 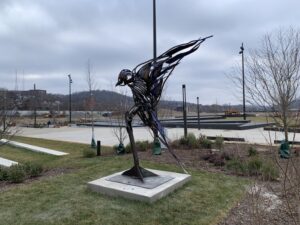 The 178-acre Hazelwood Green site was once the home of Jones & Laughlin Steel Company (J&L Company) and then later, LTV Steel. During its peak, J&L employed 12,000 workers between its South Side and Hazelwood sites, with the adjacent Hazelwood neighborhood growing to reach a peak population of 13,000 residents in 1960.

The decline of Pittsburgh’s steel industry led to steel operations slowing in 1991, with the last facility closure on site in 1997. By 1998 only 6,000 residents remained in Hazelwood; today there are approximately 5,000 residents.

Designed by Gustafson Guthrie Nichol (GGN), the newly completed Plaza is the civic heart of the 178-acre development.

In addition to lawns for relaxation and recreation, the open-air Plaza includes:

Events and programming for the Plaza are managed by Hazelwood Local, a new hub for community activations, the arts, and local businesses within Pittsburgh’s Hazelwood neighborhood.

All images courtesy of Hazelwood Green.