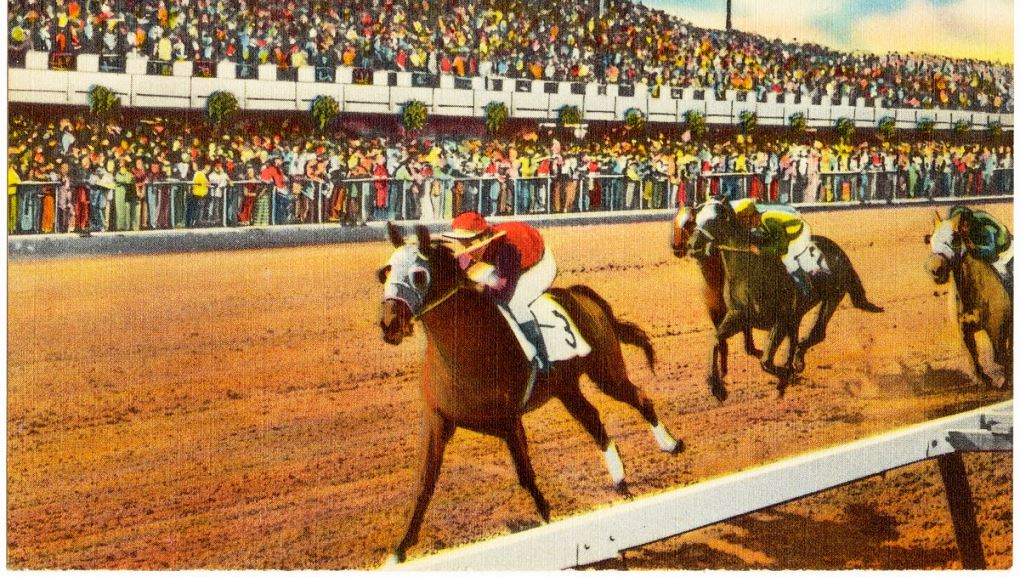 In Hazel Park, Michigan the Hazel Park Raceway was a horse race track offering live thoroughbred racing every Friday and Saturday night, May through mid-September. It also offered simulcast wagering seven days a week all year long on thoroughbred and harness races from across the US and Canada. 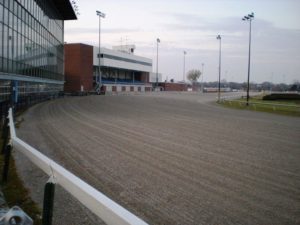 A track length of 5/8th of a mile was the first in the nation. Photo by Bpeterse via Wikipedia.

Admission and parking were free. It was the only raceway in Michigan to offer live thoroughbred racing. The track opened in 1949 and was closed in April 2018 due to financial difficulties. When operating, the raceway generated about $550,000 in annual revenue for the City of Hazel Park.

After years of struggle, the Hazel Park Raceway closed and was purchased by Ashley Capital, which is giving the economically-defunct real estate new life as an industrial park.

While an industrial park is admittedly not as glamorous a reuse as REVITALIZATION readers often see, this redevelopment will go a long way towards revitalizing the regional economy, and it’s far better than sprawling onto wildlife habitat or someone’s family farm. 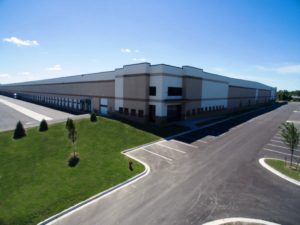 One of the new buildings. Photo: Ashley Capital.

Interestingly, this is the second time this land has been repurposed and revitalized. In the latter 1940s a group of auto racing enthusiasts purchased 140 acres of landfill property on the Southwest corner of 10 Mile Road and Dequindre Road to build an auto racing track.

Construction began on the 5/8th mile track but soon came to a grinding halt because of financial troubles with the project. Bad news for auto racing turned out to be good news for horse racing, since a successful area businessman with a love for horse racing purchased the property from the then-defunct auto racing enterprise.

This latest repurposing and revitalization of 95 acres of that property officially began with demolition conducted by Detroit-based Adamo Group. Novi-based Oliver/Hatcher is poised to begin construction once Adamo Group has razed the property, estimated to be completed and ready for development by year-end. 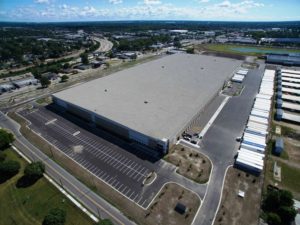 Ashley Capital partnered with the owners of the Hazel Park Raceway in 2015 to redevelop the property into a 575,000 square foot distribution facility. The building is situated on the northwest corner of a 120-acre site located near the intersection of I-75 and I-696. The 36-acre site is surplus land for the thoroughbred horse race track that is still in operation.

This is considered a perfect location within the Detroit Metropolitan Area and is considered “ground zero” for any business needing to quickly access major expressways heading north, south, east, and west. The building was completed in the spring of 2017 and is roughly 80% leased.

The 575,000-square Tri-County Commerce Center quickly became home to Amazon, LG Electronics and Bridgewater Interiors, among others. Further redevelopment of the land continues as demolition makes way for two more industrial buildings, benefiting the city of Hazel Park with an increased tax base and creation of an estimated 700 new jobs.

On November 28, 2018, the Michigan Strategic Fund—which is a subsidiary of the Michigan Economic Development Corporation—approved the brownfield redevelopment plan. The project will receive non-local brownfield tax credits of approximately $6.8 million. Local tax credits amount to another $14.5 million. The city will receive $250,000 in annual tax revenue from Ashley Capital during the 20-year lifespan of the tax credits, and then five times that when they expire.

As a result, Ashley Capital “gets the ability to fix up the site with a brand new building, and we get something to replace a Hazel Park landmark that will generate substantially more tax revenues than the racetrack would and cleans up a contaminated site,” said City Manager Ed Klobucher.