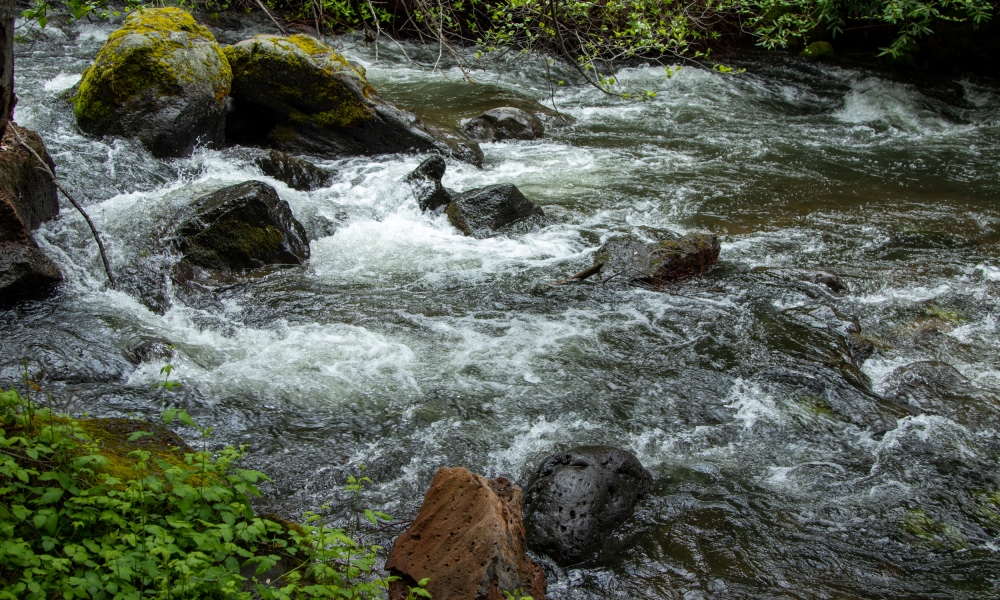 Teams from the California Department of Fish and Wildlife (CDFW) and the U.S. Fish and Wildlife Service (USFWS) are relocating the fish. Together, they will return about 300 adult winter-run Chinook salmon to native habitat above Eagle Canyon Dam on North Fork Battle Creek, about 20 miles east of Cottonwood, in Shasta and Tehama counties for the first time in more than 110 years. 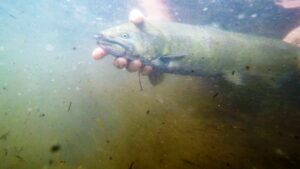 Charlton H. Bonham, Director of the California Department of Fish and Wildlife said “The historic reintroduction of adult, winter-run Chinook salmon into the North Fork Battle Creek this spring will help secure another generation of this imperiled iconic species. This reintroduction – combined with long term efforts to restore the Battle Creek watershed and establish a second population of winter-run beyond the Sacramento River – means we are helping this species to become more climate resilient and drought resilient for a brighter future.”

Jan Nimick, PG&E Vice President of Power Generation “PG&E recognizes the current critical situation for adult winter-run salmon this year and are pleased to be working with the agencies to coordinate our project operations where we can to support a successful movement of salmon to colder water to support this urgent action by the agencies.”

It is one of a series of urgent actions to help the native fish survive another year of the lasting drought and high temperatures, thiamine deficiency, predators and other stressors that devastated the population the last two years in the Sacramento River below Shasta and Keswick dams.

Ernest Conant, Regional Director of the Bureau of Reclamation said “Strong collaboration is key to managing the limited resources we have to work within the Sacramento River Basin this third consecutive drought year. Together, we are taking unprecedented actions to increase salmon productivity during one of the driest years on record.”

CDFW, USFWS, NOAA Fisheries, Bureau of Reclamation, the California Department of Water Resources and water users are coordinating efforts to save the state and federally protected species. The agencies are working closely with the Winnemem Wintu Tribe, whose culture is intertwined with salmon in the area. 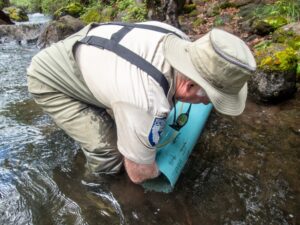 CDFW Senior Environmental Scientist Doug Killam reaches into a transfer tube on April 22, 2022 to pull out an adult, winter-run Chinook salmon and release it into the North Fork Battle Creek in Shasta County. The fish was trapped at the base of the Keswick Dam in the Sacramento River and trucked an hour away and released into its historical habitat on the North Fork Battle Creek to spawn.

The transport of adult winter-run Chinook salmon to upper Battle Creek builds on the “jumpstart” reintroduction program that began in 2018 with annual releases of juvenile salmon in lower reaches of the creek. Many of the released fish migrated to the ocean and have returned as adults to spawn, demonstrating that Chinook salmon can reestablish themselves given habitat that remains cool enough for their eggs to survive the summer.

Hydroelectric facilities and natural barriers prevent the adult salmon from reaching the cool, spring-fed waters in the upper portions of North Fork Battle Creek some 3,000 feet above the Sacramento Valley floor. Juvenile offspring of the transported adults that hatch in the creek are expected to be able to swim downstream past Eagle Canyon Dam and reach the Sacramento River.

Paul Souza, Pacific Southwest Regional Director for the U.S. Fish and Wildlife Service said “This marks the first time in many years that anadromous fish have been in upper Battle Creek. Releasing salmon to this location is critical during this third year of drought because water temperatures are cooler and habitat is more conducive to spawning. This action would not be possible without the support of the Battle Creek Salmon and Steelhead Restoration Project, a collaborative effort between state, federal and private agencies.”

State and federal salmon recovery plans also call for returning winter-run Chinook salmon(opens in new tab) to historical spawning habitat in the McCloud River above Shasta Dam and Reservoir. That requires a means of collecting juvenile salmon that hatch and try to swim downriver toward the ocean and need to safely get past the 600-foot high Shasta Dam. Agencies plan to test a pilot juvenile collection system this fall.

These efforts are part of a comprehensive program in the Sacramento Valley to address all freshwater life cycle stages to benefit all four runs of Chinook salmon in the region. Work will continue this year to advance science through the Sacramento River Science Partnership(opens in new tab) and to implement projects in the downstream reaches of rivers and creeks to create additional spawning habitat, side channel rearing habitat, fish food and migration barrier removal.

These efforts are also part of a longer term recovery effort underway to address climate change and provide greater resilience for salmon by expanding access to important habitat and landscapes, including reintroduction for spawning and rearing above Shasta Dam and Reservoir, spawning in the upper reaches of Battle Creek, and food sources and safe haven in the bypasses, oxbows and historic floodplain in the lower part of the system.