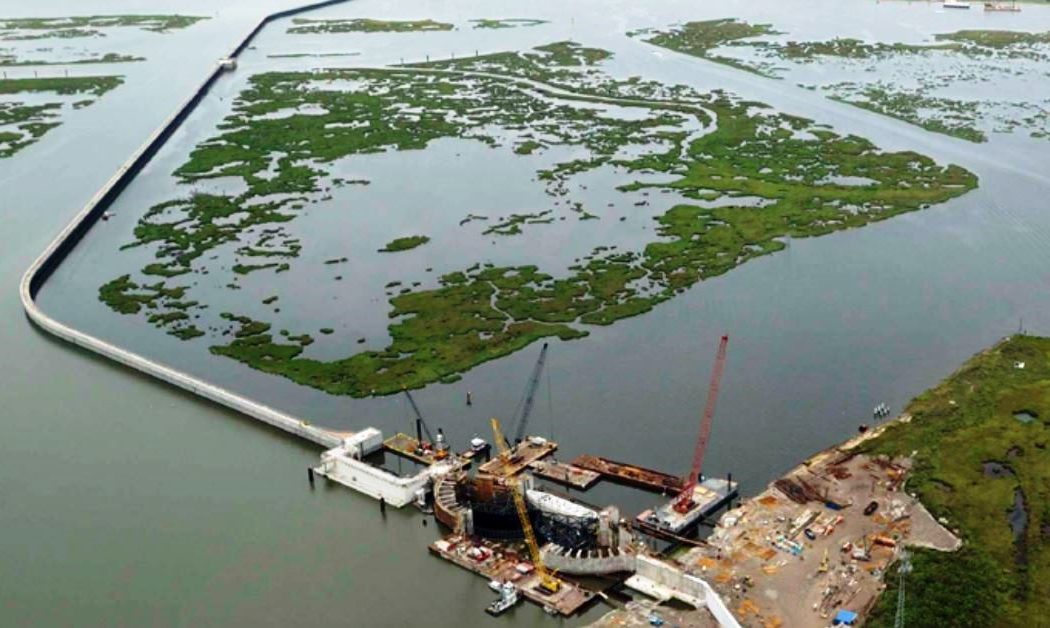 Along with LSU alumna and now University of Central Florida Postdoctoral Fellow Giovanna McClenachan, Turner proposes a simple and inexpensive way to fill in canals that were once used for oil and gas mining. Their research was published on December 14, 2018 in the journal PLOS ONE. 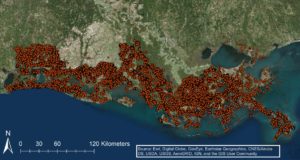 Dredging channels for oil and gas in Louisiana’s wetlands creates rows of spoil banks, or excavated dirt and clay, which accumulate alongside the canals. These banks are long enough to cross Louisiana 79 times from east to west and equal three-quarters of the distance around the Earth.

The spoil banks were created by 35,000 permits issued from 1900 to 2017, and 27,000 of those permits are no longer used. Coastal land loss has coincidentally risen and fallen in time and space with this dredging. The land losses can be attributed to the changes in water flow caused by them that causes wetland collapse.

Filling the canals with remaining spoil banks is a successful restoration technique rarely applied in Louisiana, and is a dramatically cost-effective and proven long-term strategy. Turner estimates that the price of backfilling all canals in the coastal parishes is about $335 million, or 0.67 percent, of the Louisiana’s Coastal Master Plan. This is a fraction of the cost compared to the economic value gained from extracting oil and gas for the last century.

“The absence of a state or federal backfilling program is a huge missed opportunity to conduct cost-effective restoration at a relatively low cost,” Turner said. 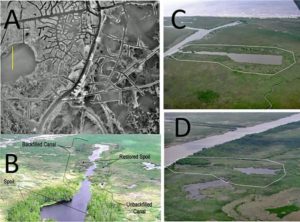 We determined the number of permits for oil and gas activities in 14 coastal Louisiana parishes from 1900 to 2017, compared them to land loss on this coast, and estimated their restoration potential. A total of 76,247 oil and gas recovery wells were permitted, of which 35,163 (46%) were on land (as of 2010) and 27,483 of which are officially abandoned.

There is a direct spatial and temporal relationship between the number of these permits and land loss, attributable to the above and belowground changes in hydrology resulting from the dredged material levees placed parallel to the canal (spoil banks). These hydrologic modifications cause various direct and indirect compromises to plants and soils resulting in wetland collapse.

Although oil and gas recovery beneath southern Louisiana wetlands has dramatically declined since its peak in the early 1960s, it has left behind spoil banks with a total length sufficient to cross coastal Louisiana 79 times from east to west. Dragging down the remaining material in the spoil bank back into the canal is a successful restoration technique that is rarely applied in Louisiana, but could be a dramatically cost-effective and proven long-term strategy if political will prevails.

The absence of a State or Federal backfilling program is a huge missed opportunity to: 1) conduct cost-effective restoration at a relatively low cost, and, 2) conduct systematic restoration monitoring and hypothesis testing that advances knowledge and improves the efficacy of future attempts.

The price of backfilling all canals is about $335 million dollars, or 0.67% of the State’s Master Plan for restoration and a pittance of the economic value gained from extracting the oil and gas beneath over the last 100 years.

See full study in PLOS One.