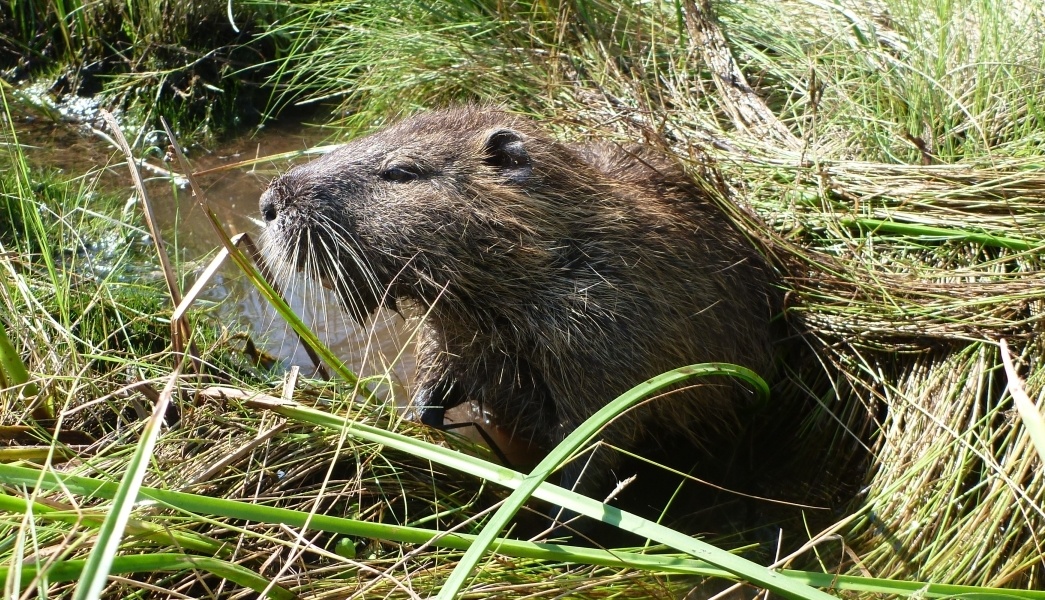 Most folks who know anything about Louisiana know that one of their greatest long-standing ecological problems—other than oil companies—is the infestation of nutria, a rodent from South America that has been shewing up their ecosystems for almost a century.

But few folks in Maryland know that they had the same problem until recently, when an environmental restoration partnership eliminated them from the state after decades of effort.

Those who are familiar with nutria have probably heard that E.A. McIlhenny—the inventor of Tabasco Sauce—is responsible for this damaging infestation. This is correct, but he’s not the only one to blame.

The state of Louisiana officially encouraged their importation, hoping to bolster the fur trade after hunters had pretty much wiped out most of the native fur-bearing animals. The legend says that a hurricane accidentally releases animals from his farm.

This part of the legend is not true, probably being a rumor started long ago by the McIlhenny Company—manufacturer of Tabasco Sauce—as reputation damage control when the downsides of nutria importation were first being revealed to the public.

The McIlhenny Company now says that their founder bought nutria from an existing farm in New Orleans, and didn’t import them from South America. But those importers confined nutria to captive breeding compounds: E.A. McIlhenny purposely released them into the wild.

However they got into the wild in North America, they didn’t confine themselves to Louisiana. While they are most prevalent in the Southeastern U.S., they can now be found far up the Atlantic coast, and even into the Pacific Northwest.

Some states have been more proactive than others in controlling the pest, an Maryland has actually gone all the way.

On September 16, 2022, the Chesapeake Bay Nutria Eradication Project (CBNEP) announced at an event at Blackwater National Wildlife Refuge that Maryland is now free of the exotic, invasive nutria.

The U.S. Fish and Wildlife Service (USFWS), the U.S. Department of Agriculture’s notorious Wildlife Services (WS), and the Maryland Department of Natural Resources (DNR) have worked more than 20 years to succeed at this difficult task, which has never before been accomplished on this scale.

As with Louisiana, nutria were introduced to the Delmarva peninsula in Maryland from South America in the 1940s for the fur market. Since then, they have badly damaged thousands of acres of marshes with their destructive feeding habits, and that destruction has been accelerated by the impacts of sea-level rise.

Nowhere has this been more evident than Blackwater National Wildlife Refuge, which lost more than 5,000 acres of wetlands through a combination of nutria impacts, sea-level rise and land subsidence.

The impacted marshes provide critical habitat for migrating and wintering waterfowl, breeding areas for at-risk wildlife such as the saltmarsh sparrow, spawning grounds for commercial fisheries including striped bass and blue crab, and homes for threatened and endangered species such as the black rail.

“This project is a powerful case study for how federal and state agencies can work closely together to achieve a shared goal that benefits the environment and the community,” she continued.

In 2004, the total annual economic, environmental and social services losses due to nutria damage were estimated at $5.8 million, with projections to drastically increase if nutria were not addressed.

Nutria eradication was possible through the coordination of federal and state agencies working closely with public and private landowners. One half of the 14,000 nutria removed during the project were from private lands, thanks to over 700 participating landowners, which ultimately protected over 250,000 acres of marshes on the Delmarva Peninsula.

The CBNEP used multiple techniques to detect and remove nutria. Eradication would not have been possible without highly trained detector dogs. These specialized dogs were trained to detect scat, which was easier to find on the expansive landscape than an individual animal. Dog and handler teams proved invaluable in confirming the absence of nutria in previously trapped areas.

“This project was only possible due to the outstanding collaboration between private, state, and federal partners. This, coupled with science based wildlife management and research, led to eradication success,” said Kevin Sullivan, USDA-Wildlife Services State Director.

“Historic tools, such as trapping and wildlife surveys, were integrated by wildlife biologists with new technology and detector dogs. These tools were applied by dedicated individuals to find nutria every day. Due to this hard work, partnership, and perseverance, we are excited to announce this destructive invasive species will no longer be damaging and destroying the marshes of Delmarva,” he explained.

After years of intense survey, the last known Maryland nutria was captured in May 2015. Since then, using a statistical model, the project has been monitoring and revisiting historic nutria areas to ensure eradication. The team has moved into a scaled-down biosecurity phase to respond to any reported sightings and assist other states like Virginia that are experiencing an increase in nutria that could potentially reinvade the Delmarva if not controlled.

Beginning in 2021, when nutria were detected in Tidewater Virginia, the CBNEP has funded and trained state and federal wildlife biologists in an effort to control Virginia nutria and eliminate a source of reinfestation to Maryland.

“After years of hard work and partnership, we have proven that eradication of this invasive species is possible,” said Maryland DNR Secretary Jeannie Haddaway-Riccio.

“Maryland’s wetlands, particularly in this region, are special because of their ecological and economic importance but also because of their historic and cultural significance, and we have successfully protected them from this threat,” she added.

The removal of nutria coupled with marsh restoration builds resiliency against sea-level rise in impacted counties of the Chesapeake Bay. Marsh restoration techniques such as native plantings or thin-layer placement or protecting marsh migration corridors would not be possible if nutria remained on the Delmarva Peninsula.

The CBNEP is administered by the Service’s Chesapeake Bay Field Office Coastal Program and Chesapeake Marshlands National Wildlife Refuge Complex and funded through the Service’s Partners for Fish and Wildlife and refuge programs.

WS performs the eradication work. Other partners include the DNR, Virginia Department of Game and Inland Fisheries, Delaware Division of Natural Resources and Environmental Control, and private landowners.

Photo of nutria courtesy of USGS.