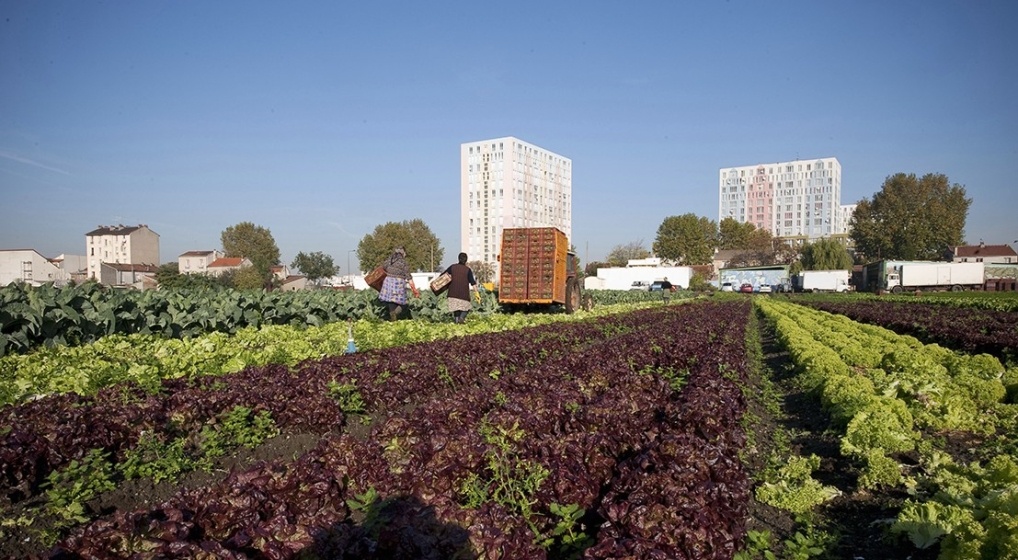 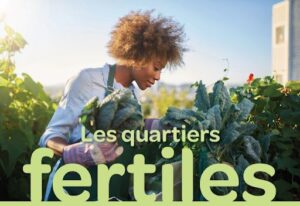 La Passerelle is first and foremost about centers located at the heart of the city, where several activities are brought together around a vegetable processing plant and a community space.

The first La Passerelle center has been successful in the Quartiers Fertiles (Fertile Neighborhoods) call for projects competition led by the National Urban Renewal Agency of France.

It will open in Clichy-sous-Bois, in the Paris area, in 2022. A further ten similar projects are set to be launched by 2025.

“As Mayor of Clichy-sous-Bois, I’m thrilled about the opening of La Passerelle in 2022. It is above all great news for local residents, who will be the first beneficiaries, and will see its practical impact in terms of employment, health, nutrition and social cohesion. A truly multipurpose community space, La Passerelle is a unique model which will become a reality thanks to financial and operational support from the Quartiers Fertiles call for projects launched by the National Urban Renewal Agency and its partners. The Quartiers Fertiles call for projects has already provided support to 75 project leaders throughout the country, to democratize and accelerate the introduction of urban agriculture to neighborhoods,” said Olivier Klein, Mayor of Clichy-sous-Bois and Chair of the National Urban Renewal Agency.

A place for impact and societal innovation

Building on its historic commitment and its dual mission – to improve the quality of life of its employees and those it serves, and to contribute to the economic, social and environmental development of the communities where it operates – Sodexo is launching a new and inclusive economic model, La Passerelle. This innovative model, designed to have a positive impact on the local community, specifically hopes to:

In Clichy-sous-Bois, a center designed with and for locals

What is La Passerelle? It is a place dedicated to boosting the economy and social life of the local community. It is located within a priority neighborhood, close to the residents who will be the first beneficiaries of the building and its program of activities. The first center will open in Clichy-sous-Bois in early 2022.

It will provide four activities:

The center itself will create around 20 jobs, while 500 people will benefit from the various activities, events and training sessions held each year. 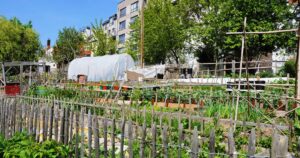 In addition to the anticipated employment and social cohesion benefits, La Passerelle in Clichy-sous-Bois forms part of a deliberately eco-friendly approach. Certified by both Bâtiments Durables Franciliens and E+C-, the building will have a wooden facade and green roof, helping to combat the urban heat island effect. Its operating principle will be based primarily on the circular economy, from supply through waste management.

Created and designed by Sodexo, the program of activities for this innovative center has been jointly developed with local organizations, both public – including Clichy-sous-Bois City Hall – and private, to ensure that it meets the needs of the community and produces the intended positive impact. Sodexo has also worked closely with relevant non-profit organizations and NGOs.

“We are proud to be the driving force behind this new, inclusive and sustainable economic model. It falls within the Group’s historic commitment to social responsibility, while also meeting consumers’ desire for a more local and sustainable diet. The return to sustainable growth and the stepping up of our inclusive and supportive approach are closely linked. The crisis is exacerbating the economic and social needs of communities, and I have no doubt that it is at the local level that the responses to many current challenges are to be found. Companies have a key role to play, in partnership with public bodies and associations,” explained Sophie Bellon, Chairwoman of Sodexo’s Board of Directors.

As a social innovation project, La Passerelle in Clichy-sous-Bois was named a winner of the Quartiers Fertiles call for projects, led by the National Urban Renewal Agency.

The project supports and promotes urban agriculture, because it helps both to guarantee commercial markets for the produce of local farmers and to raise local awareness of short supply chains and the links between health and nutrition, including for those on a limited budget.

A model destined to spread throughout France

With La Passerelle, Sodexo is using its identity as a local player, its knowledge with regard to local and inclusive procurement and its consumer understanding to help create a new economic model.

La Passerelle in Clichy-sous-Bois aims to break even from its third year of operations. Profits will be reinvested in developing and quickly replicating the model, which is destined to spread throughout France, in service of a single goal – implementing an economic model which has a positive impact on employability, health through food and social cohesion – while adapting to the specific needs of each community. With support from the National Urban Renewal Agency in the long run, Sodexo has set a target of launching ten similar projects nationally by 2025.

All images courtesy of Sodexo.